Hello! While it’s not as great as some other works on here, I tried my best to make something using volumetrics. I decided to try something new. I usually use Cycles in my renders but I decided to use Eevee for this render. I found out about something you can do with noise using some math nodes, which I decided to use to make some clouds as a test, which went well and worked great for fly through’s! I then looked through some of my old files and found a nebula I made a few years ago using a tutorial. I decided I would make a new nebula using my new knowledge of blender and this is the result. 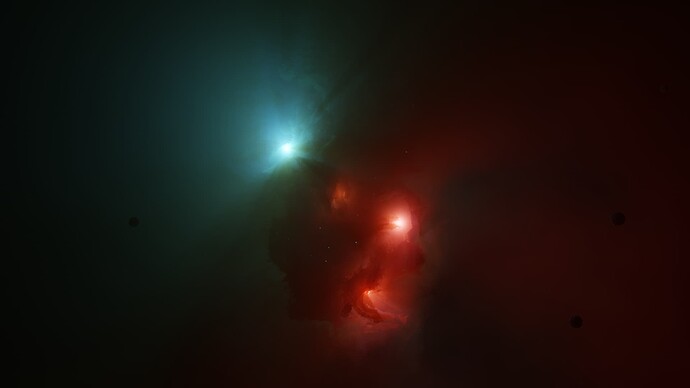 This was my first test render for the nebula with a basic particle system for some planets. The stars were done with some simple point lights with high brightness. There is a very dim background which provides some fog. Not only that, the render time was under 5 seconds!

Here is the same nebula at a different angle: 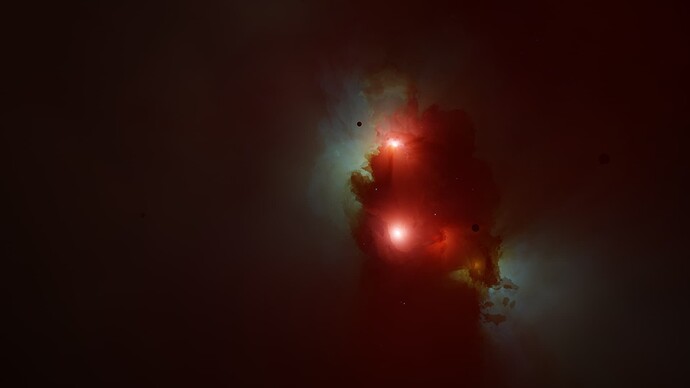 I still have some things to improve, so I want your feedback on what I could do.

I like it, it’s quite moody! The murky back alleys of space.

And good job on keeping the render time low. If you want to take it further, just pop in another cloud or two and try to create an interesting composition.

Truly awesome, I don’t know why this didn’t slip my attention when first posted (or anyone else’s). I wouldn’t know where to start to get a similar result. Would you care to shed some more light on the setup?

Yes, the nebula was rendered in Eevee with 128 samples, Volumetric Lighting, and Volumetric Shadows set to true. I first started with a noise texture, which sat at the top input of a Math: Greater than node. The second input was a Texture Coordinate: Object Output > Mapping. Gradient Texture: Spherical. That gave me a little blob which I could control the size of with the size coordinates. The noise added a bit of detail. You can layer noise detail with a Mix RGB: Add node and have the first RGB input be a low roughness low scale noise and the second RGB input would be a higher frequency high roughness noise texture.

There are 3 layers to the nebula:

Coloring can be as easy as a noise texture and a color ramp.

A large UV Sphere is added and scaled up in order to create fog for the stars (point lights) to emit from. This looks really cool when you have it at an angle where the lights can create god rays from the nebula. The stars can vary in color and can be placed around the nebula.

It’s up to you the number of layers and detail you want but that’s the basic setup.

Its a very large setup, but here are some pictures if you need a better idea of what I mean: 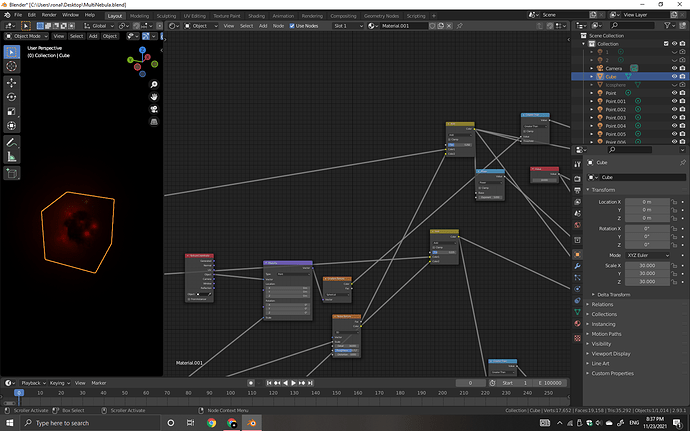 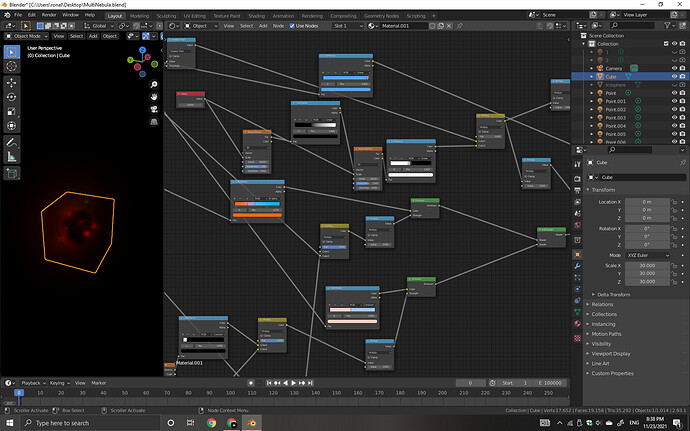 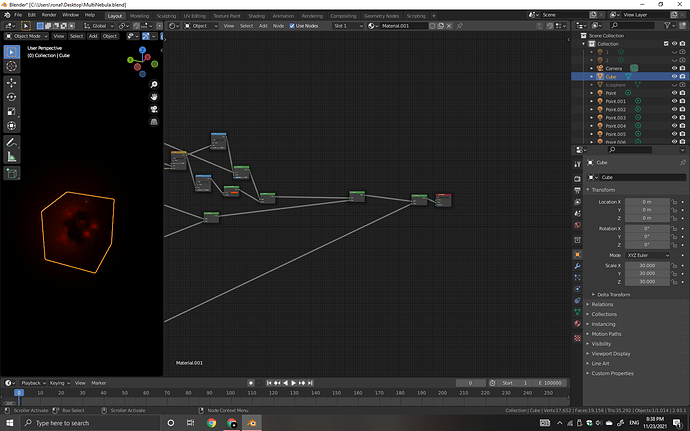 I hope this helped.

Thanks! That was actually the original idea, the file was actually called “Multi Nebula” Because it was meant to be duplicated into different nebulas.