Ive been trying to do galaxies and nebulas and did this tonight. I can improve it further I think but Im feeling Im getting there. Are my eyes deceiving me? ( I dont always trust them after Ive been working on something for a while) Any thoughts on what I need to to do it? ( Apart from “bin it”!) Please. ( I was aiming towards something that felt realistic ) 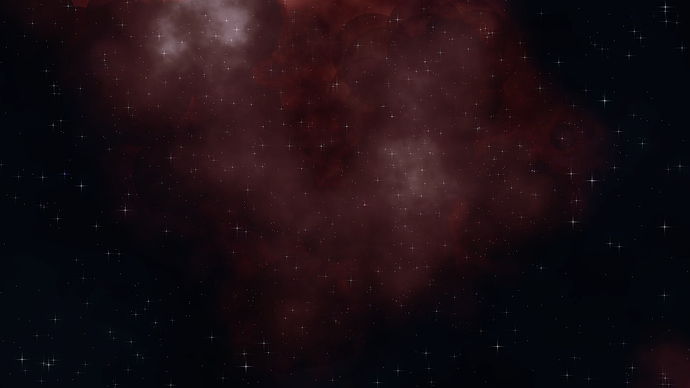 That first one was done quickly. I took some more time over this one. Im working on an interstellar spaceship to put in the scene but its nowhere near ready at the moment. 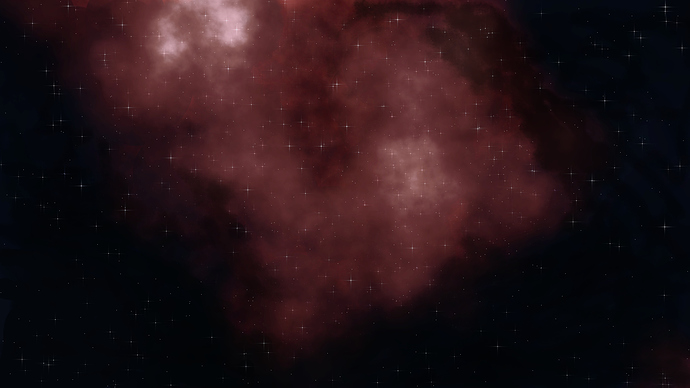 This is a rough version of the spaceship Im aiming for. Its supposed to be an interstellar ship taking humanity to a new home. The ship will be called Exodus 01. 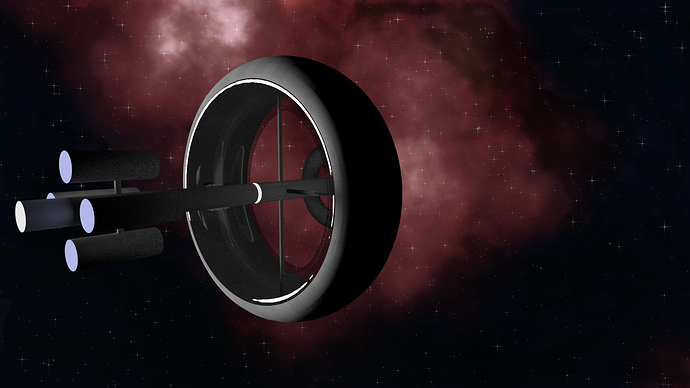 I like the colors. The warmth of the nebula will give a nice ambience to your ship. There are some things that pop out at me though.

First is that you can see circles in the nebula from the hard brush you were using. Try turning down the opacity on your brush in (I assume) Gimp to let it build up more gradually, or use a soft brush. Or, even better yet, make a custom cloud brush =)

Second is that you went a little crazy with the shutter flares around the stars. Typically, you’d only see that for the brightest or closest stars in the scene. The stars’ colors also need slight variation and red-shift with distance.

Thank you very much for your comments.

Again many thanks for your comment. Perhaps you would be good enough to comment further as I go along.

You should check out these videos from Tim Barton, especially “Solar Driftwood” and “From Nothing” if you want to see some crazy nebula painting =)

Ive had another go at the background. 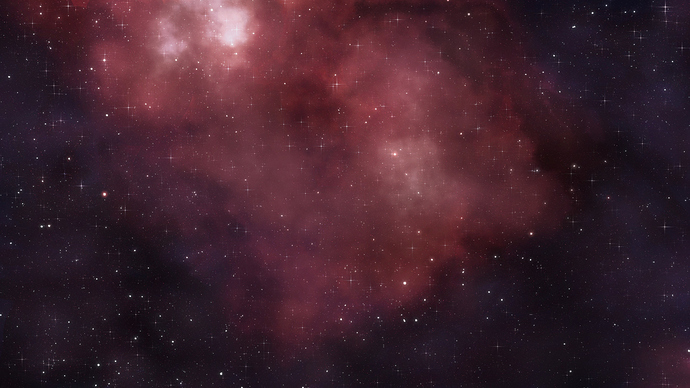 Very Nice! The overall look is much improved IMO.