Well, I’m working on my first human. (Scary, I’m telling you.) She’s turning out pretty well, and I think I just have the feet to work on now, but… Well… The hands came out pretty darn awesome, if I do say so myself.

This is my first hand ever, so don’t pick on me too badly! But I AM looking for areas to “plus it”. By the way, these are supposed to be about 11-12 year old (girl) hands.

P.S. I won’t release my whole model for visibility until I have permission from the subject. When/if that happens, y’all can pick on the parts based on the photos I got.

thinigs id say to have a look at…

SSS is on. Does it not look soft enough? (In other words, which way should I go?)

The Nails shader was a quick throw in. I was curious what y’all would say to it. Too blue = more pink on it’s way.

A fingerprint bump map would be awesome… I’ll have to think about that.

By the way, this is the result of following this tutorial. I made it most the way through, and got lost on the palm work, so I started hitting things on my own. Hence, the thumb and palm aren’t exactly how the tutorial calls for them to be done. Those are the weakest parts, I believe.

SSS is on. Does it not look soft enough? (In other words, which way should I go?)

i think maby a bit softer… and defo a bit lighter… if you look at your hand… take that sort of tone (hopefully your not as white as me… ((i am Mr Nerd!)))

Me=Geek. So… My complexion = Basement geek.

I mean, I used reference photos of a friend for the many body (mostly the head). If she doesn’t want her face, used in the shape of my model, shown online, I won’t. (The hand was made by the tutorial and my own hand, so I feel find sharing it.)

Well, tweaked the SSS and nails. Nails went WAY the wrong way, but I think the skin looks better.

Well, tweaked the SSS and nails. Nails went WAY the wrong way, but I think the skin looks better.

good, but you forgot the extra skin here

good, but you forgot the extra skin here

you just want a free hand for your zelda game!

yah lol but honestly show me what you can do

if you can equip me with a concept( PM it) of the type of a hand you want i can give it a try and model you a lowpoly one.

ok ill look for one

I think I just realized… I have an appointment… In Turkey… BYE!

Ok, ok… Well, let me warn you. The tutorial kept to pure quads, and when I got lost, well… I was on my own. I’m still new to quad modeling, so I slipped in a few triangles. 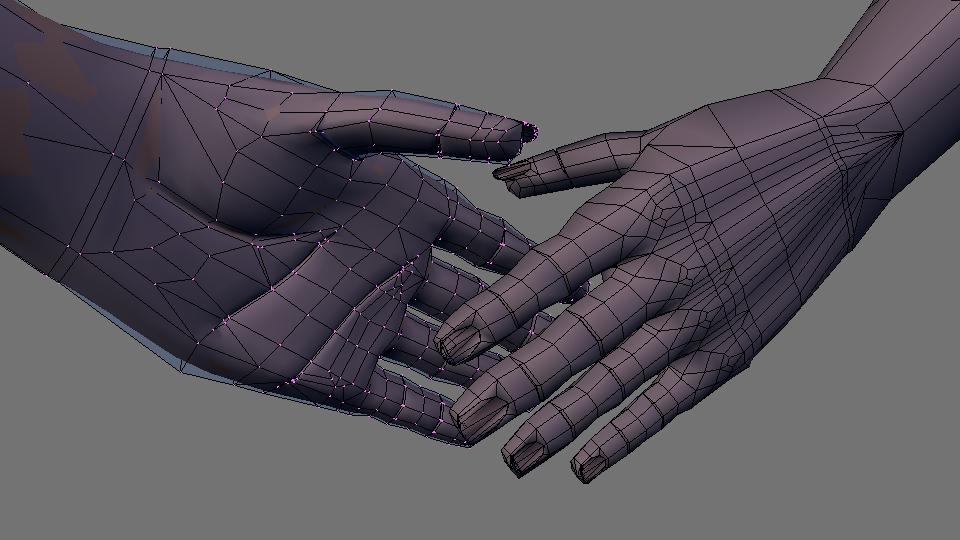 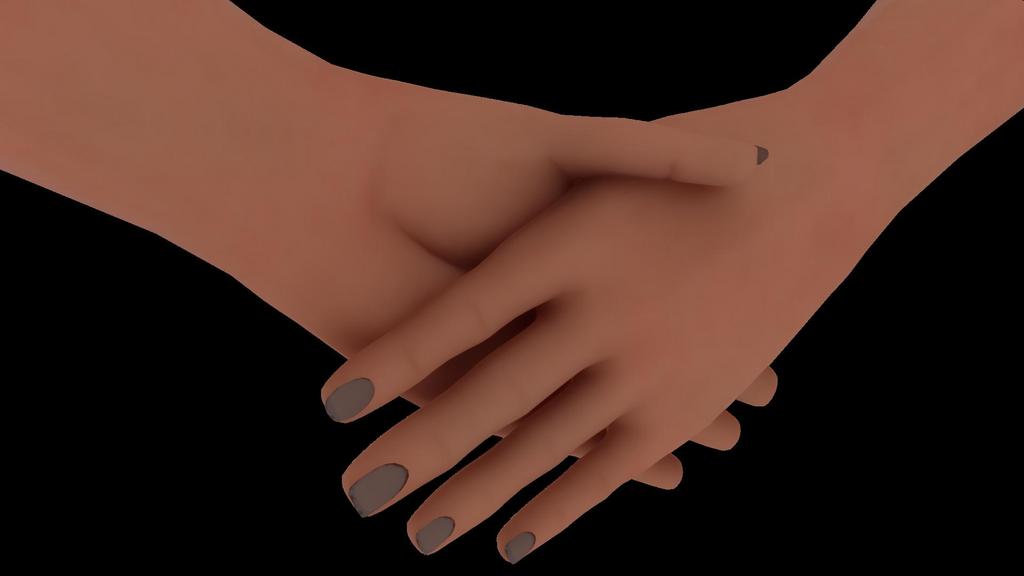 dont worry the tris are fixable, and in time youll just be able to fix em on your own, if you back that file up/dont delete it you can allways come back to it!

edit: ok, this image may help you a little, make a cut(in edge mode subdivide[W-key] 3 of the midle edges) so you get the blue edge: 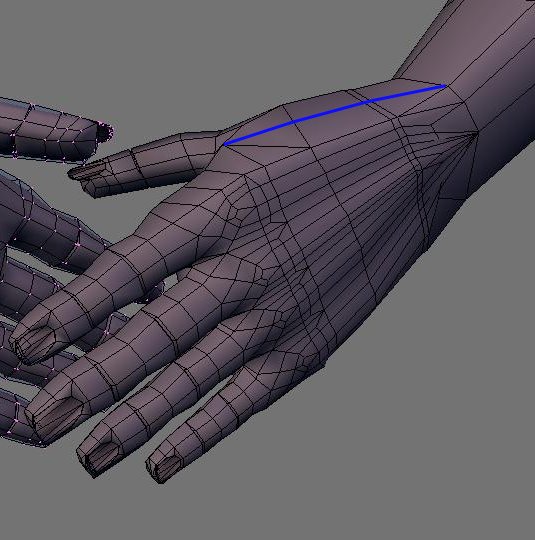 Nice! That’ll allow me to pull it out a bit, too! Thanks!

Now show me how to remove the tris around the underside of the thumb.

Hmmmm I like it. however, the edges and tips seem to be a bit square to me… pull them out a bit maybe?