I am the lead developer on a project titled International Wrestling League, a pro wrestling game for pc.

I have little to no python scripting experience however I have had plenty of success using logic bricks.

What I am trying to accomplish is the base of any wrestling match, I need one character to perform a move and the other to react in a way specific to that move.

How do I go about triggering that animation on the other wrestler?

More info on the project at www.iWrestlingLeague.tk for those interested.

When considering any coding/logic you need to define exactly what event triggers what action and when.

Assuming that the orientation and distance of the attacker to the defender matters (when a suplex is triggered then the actions need to be aligned) you need to first create actions that look realistic (artistic skill) and then align the actions and time the actions so they look realistic (coding and/or algorithmic skill).

Having said all this, each action actuator in the game engine has the property frame. You could use this to trigger other actions. eg… frame has been reached for enemy being ready for a move to be pulled off after being stunned… Depending on the button pressed by the player the opponent could be punched, picked up, spun around, etc… after the opponent is picked up they could be suplexed, dropped on their head, etc.

Edit: I would like to stress that violence in all forms is unacceptable. However… violence against politicians/bankers/lawyers is marginally less unacceptable than to others. I do hope that your game is politically incorrect.

I get the jist of what you are saying.

Help me break that down a little simpler though. Let’s take a simple punch. I want to punch the other character, and he will react by playing his fall down animation.

By using logic bricks, could anyone break this down in a way that I could understand and then implement? I feel once I have this basic principle down through experimentation I will figure out and better understand the rest. …Or is this something that just should not be done with the logic bricks?

And for the sake of experience, orientation matters.

Some years ago, I started a tutorial for FSM with logic bricks only. I think that might give you an idea how to synchronize characters. The tutorial shows just one character and a ball. But that could be done with two characters as well.
You can find it here: 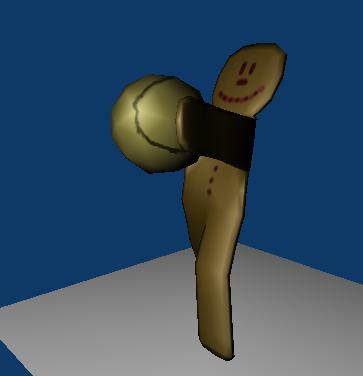 This tutorial will show you a way to handle complex logic, synchronize animations and deal with interations between objects. The result result of this tutorial will be a character that can stand, walk and pickup a ball. Requirement: This tutorial...


It is not complete but the basic is there. With the current Blender version you could use the state system of the logic blocks. That wasn’t there with Blender 2.44.