I have essentially given up on modelling this weapon in Blender as even following tutorials, never seems to work. I have been trying to model this weapon so it can be added to a weapon mod pack for Arma 3. This is a non-commercial project. it needs to be low poly and be rigged and animated. Preferably with Textures but can do without so long it is uv-unwrapped.
The max poly count should be 10k.

The Model is a “modern” M1A1 Thompson with weaver/picatinny rails both above and under barrel for weapon attachments. Essentially modern hardware. This project is combining Old School Weapons with New-School hardware.

Here is what it should look similar to. Maybe the butt-stock as the original.
And another version without attachments that looks a bit better I think.
Still has Rails for attachments but has nice original wooden hardware.
Time Frame: ~1 month. 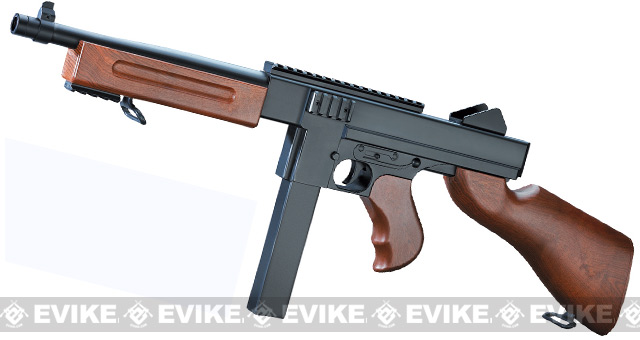 Here are the Model requirements as stated by Bohemia Interactive for importing into Oxygen .p3d format.

Accessories for Thompson should be along the lines of: 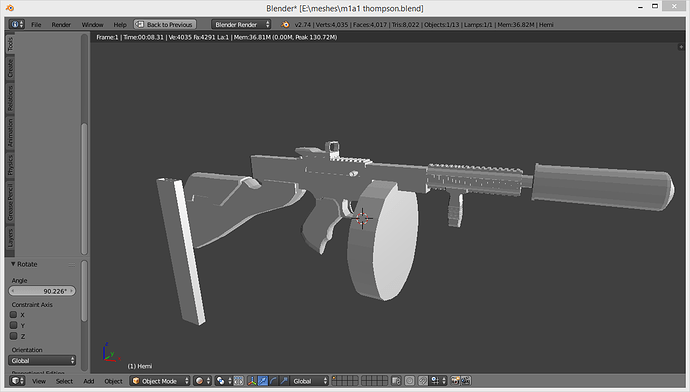 pretty much yes. how many poly? Is it rigged? Animated for reload and fire? 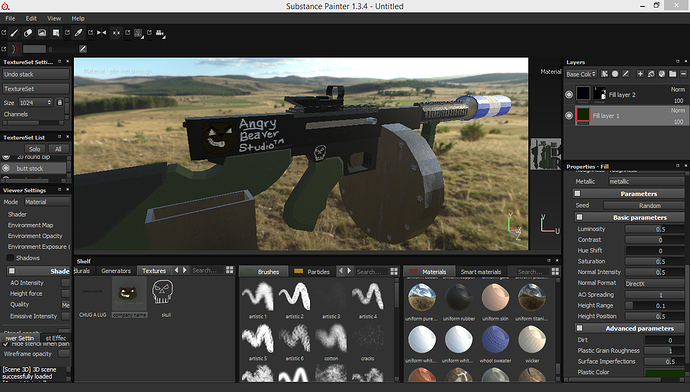 textured in substance painter so it has pbr textures

yes! thats about right. I assume the drum mag is removable?

yep its all removable except for the barrel its attached to the upper receiver, but with a little work we can separate those too

p.s i can also remove my little logo lol

yes. the only parts that should be removable are the accessories and the magazine. At this time I would stick with the stick mag as the default magazine. The BI forums indicate that at this time it is impossible to have two different types of mags visually without producing a second identical weapon that has the drum by default. It would have to be something like an LMG version with a longer barrel or something.