Need some tips and help on character model

Hey guys, I have a model here yet again that I have been working on from a concept I drew and I wanted to know if this result is good enough? I want to use it in a game later if I can but I mostly have been doing still shots. I strongly think I need to retopologize it of course since it does seem messy or maybe I can clean it up. The thing is I’ve never done topology for armor related models. This model is made with the armor on and no body to it, its all together as one mesh.

-So when should I retopo the model if I need to and maybe anyone can hit me up with an idea of how I can make the topology good for something like this? (I want to possibly bake the normals of this high poly version to a low poly, might use something to reduce tris.)

-Is the result ok or good or does it seem weird? (the character is a male but I want to model a female one later maybe. This is my first game so I should probably start light and its gonna be in a sidescrolling perspective.) 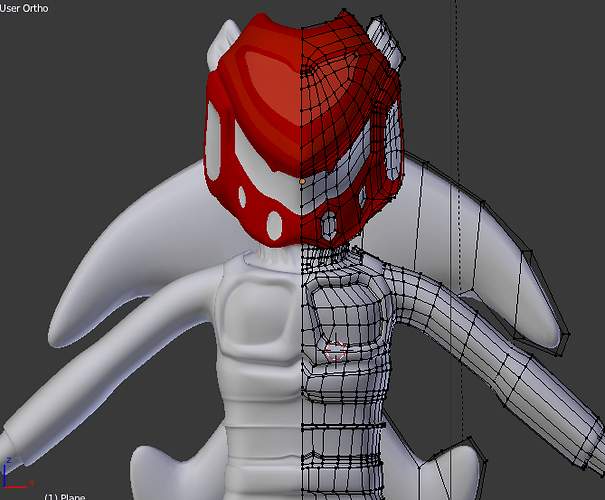 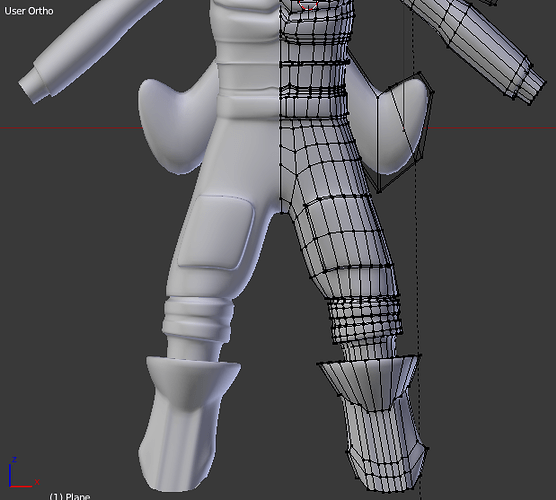 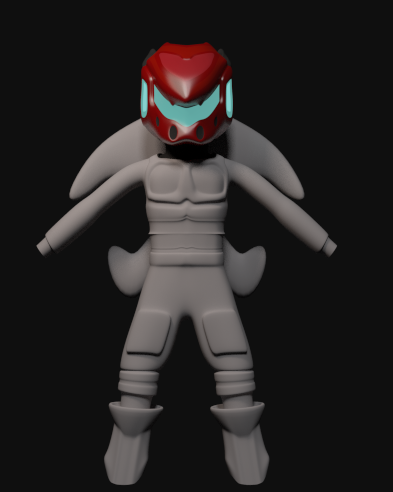 If you need to easily change the general form of a thing, probably your best bet is the mesh deform modifier. You build a cage around your mesh, then use that much like you would use a lattice.

Well the real question I had was if I would have to retopologize this model? I’ve went around and was able to get some good edge flow when I ctrl and click to grab the whole loop in face mode so it wasn’t that bad. I never really messed around with topology for other things other than organic models like humans. This is built mostly of armor and I removed the thing around the knee since it gave me problems if I wanted to bend the knee.

So do I need to retopologize this or is the edge flow fine? I only plan to move the head, maybe bend the knees and bend the arms and hands.

Note: I modeled this straight from a plain so I didn’t generate a cube and shape it.

Edit:This is also for a game just to let anyone know, I’m building a high poly model to bake the normals and then use meshlab to reduce the tri’s so I can map the normals to the low poly.

well, I would add another edge loop around the elbow, and if the foot will need to bend, then you need a couple down there too. mostly, it looks like it should work.

Here is an update, what do you think so far? I know the topology on the wings area isn’t that great so I might go in and fix it after. I’m adding vertex groups so its easier to work with a certain part for both editing and animation later hopefully, I added loop cuts around the elbow area, removed the thing around the knee’s and added loop cuts their. Atm this is the low poly version, its a bit too high, 12k tris so I might decimate it later and use the higher poly with subsurf for any scenes I want to make in high quality. I hope the edge flow isn’t that bad or at least plausible and I know I could possibly fix it up to be more smooth I guess but I need to keep the sharp edges. 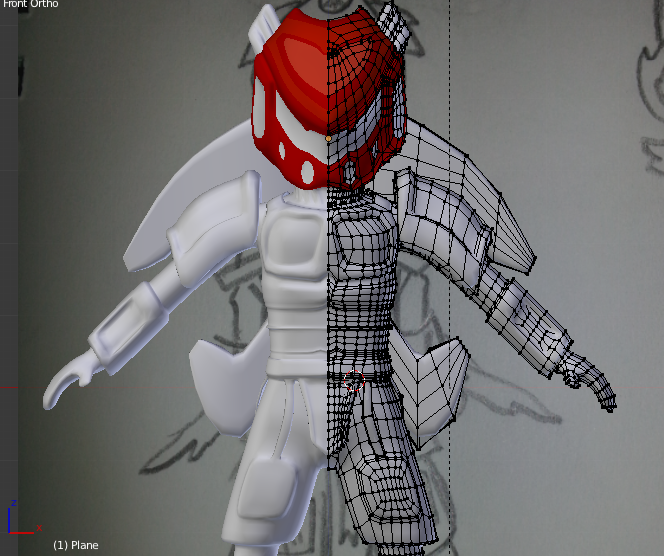 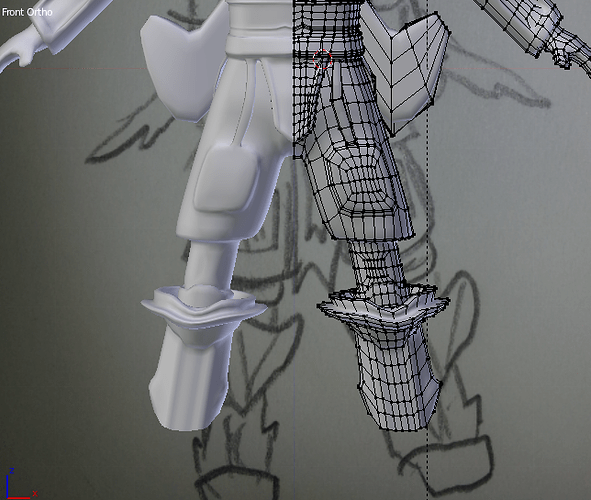 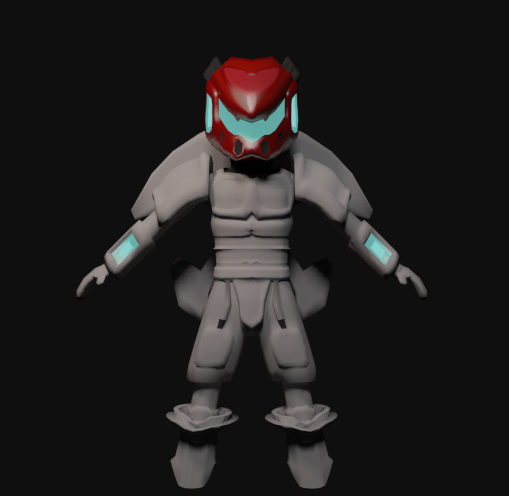