I forgot to show this image I designed last year. I don’t see too many scientific illustrations on this forum so here’s me trying to balance that a wee bit.

I was requested to design an illustration on the occasion of the publication of a paper – Reconstruction and Simulation of Neocortical Microcircuitry – by Markram et al. (Blue Brain Project) in high impact scientific journal Cell. The illustration was selected to make the cover of issue 163, October 2015.

About 2% of the neurons in a neocortical microcircuit are illustrated here. The composition focuses on layer 5 pyramidal cells that reach to the top towards layer 1 cells. These neurons are from the rat’s brain and they’re extremely similar to ours.

This is a Blender & Cycles work with a bit of Photoshop for post processing. I could have done that last part in Blender compositor but ouf of old habits, I was faster with PS… 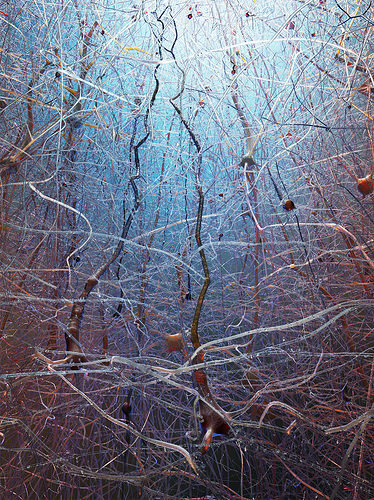 A detail at full size. 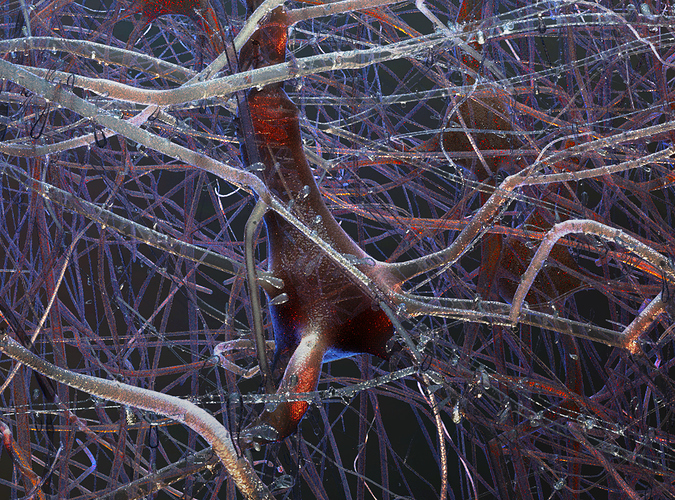 Wow love it. Did you import the geometry for accuracy? Can you explain some artistic decisions like lighting and material type etc?

Sure! I decided to use the two pyramidal cells (the two dark ones in the foreground) as visual guides that would guide eye sight from bottom to top (and vice-versa). This is reinforced by the low-angle shot.

The lighting is made so that there is a feeling of reaching towards the light at the top, which incidentally is the upper boundary for neurons. Simply put, after that you’ve got the meninges and skull. Also, neurons are in a liquid called the cerebrospinal fluid (CSF), which is why I gave it a somewhat “underwater look” balanced with warm tones but I went easy on the wet look on this one.

At a scale in the orders of micrometers, you can see how tall these cells grow and how crazy it gets with only few thousands of them. This is a forest of tree-like cells and while I couldn’t move them, I could still decide on the amount to be seen.

The meshes are generated by an in-house library that creates these cells from morphology files that were created by microscopic observation. It’s more geared towards science than visualisation so the meshes are very highly tessellated and they’re impossible to UV map. My uncompressed Blender scene weighs around 10GB…

After experimenting with different lightings, I found that a simple sun light coming from the top of the image and a blue fill light in the background were a good choice.

Materials were one of the toughest thing to design, I had to go fully procedural and I had to play with Cycles a lot.
I used SSS with glossy and some transparency that allowed me to play with volume scattering, I plugged some math nodes to use the distance to the camera as a factor for the scattering density.

Of course there’s much more to say but that’ll be for another finished project.