Currently the first 7 chapters out of 12 are available. The next five chapters will be uploaded over the next few weeks at no extra cost. These first 7 chapters cover modelling, sculpting, retopology and texturing. At the end of chapter 7 you will have a finished Suzanne model, textured and ready for rigging in chapter 8.

Creating characters in 3D can be a scary undertaking. There’s a lot to learn, such as when should I sculpt a character and when should I hand model it? Is it cheating to use a pre-made rig? What format should I export a final animation in? And that’s without even thinking about the character itself!

If you get any of these steps wrong, it could mean starting your project all over again, leading to a lot of wasted time and a huge drop in creativity. If you’re working in a team, things get even more complicated.

This tutorial series will help you understand all of the steps in character creation. With over 30 hours of video we’ll cover everything you need to make professional cartoon characters in Blender. From modeling a character, all the way through your first animation.

In it we’ll cover:

By the end of this tutorials series, you’ll have your own version of the Suzanne character, professionally rigged and ready for further animation. 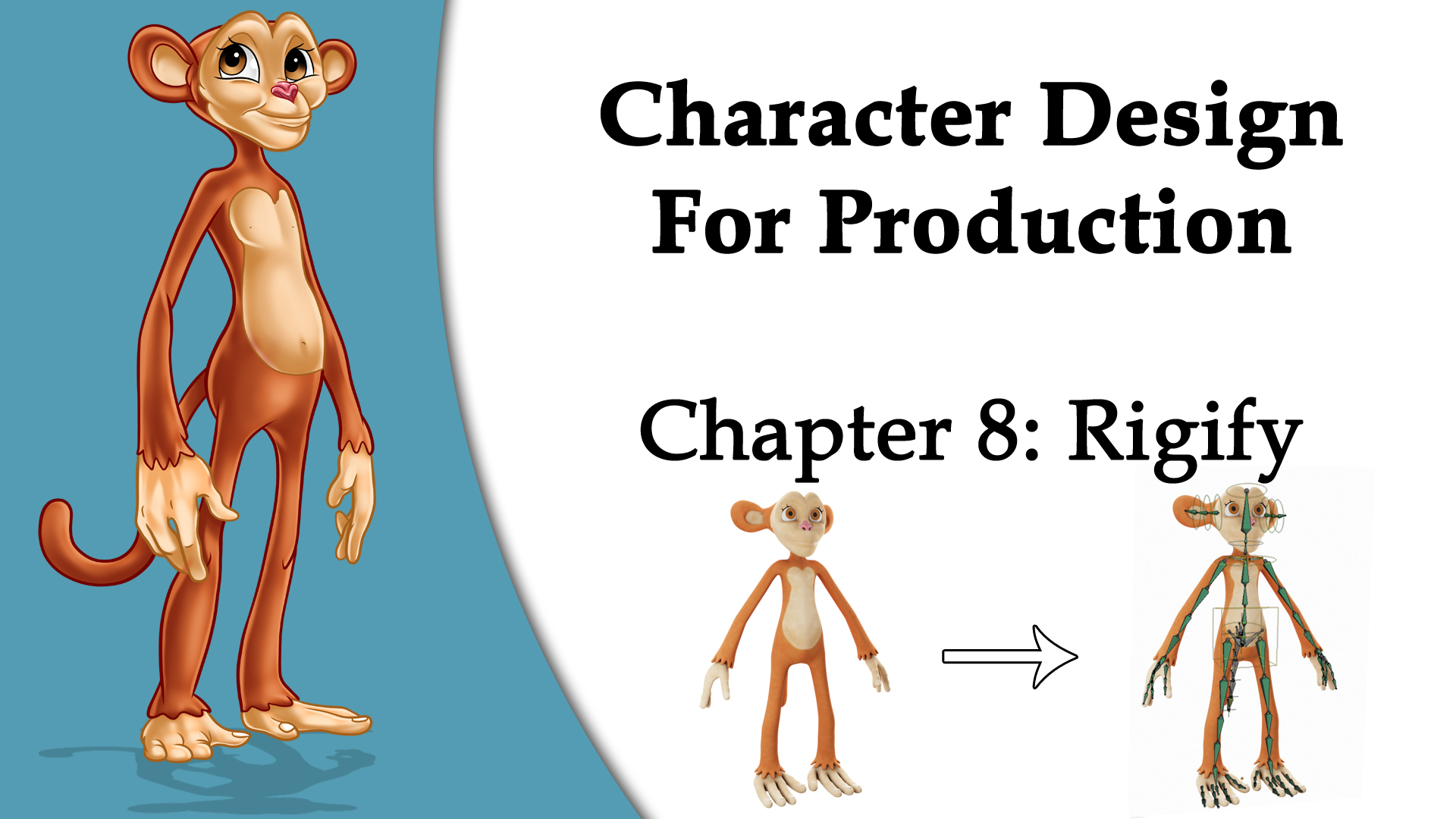 Now it needs to be said, this is NOT a beginners course. With over 30 hours to get through there’s little time for hand-holding. So we won’t be spending a great deal of time covering Blender’s interface or keyboard shortcuts. You’re going to need to have the basics down before tackling this tutorial series. But if you’ve created a few donuts, swords or treasure chests and you’re looking for your next challenge, this series is for you.

Full details in the video below: The full course is available on:
Blender Market: https://blendermarket.com/products/character-design-for-production?fbclid=IwAR2PO1bPmu1LijaOwdK1btHzuEvpMUnG1hKkjAKHTqfvaYm7e0uGsz8vErM

The free version is available on YouTube. Chapter 11 is currently up and Chapter 12 will go out tomorrow:

I’ll be running the 20% off sale for another 24 hours, so if you want a tasty discount jump on it soon.