These are photographs and no renders is my guess. The modelk doesnt fit the pictures. I think you made photos and afterwards made the model. It is creative though.

I’ve debunked all of your assertions on the same comments you made on the other thread:

Wait, are you proposing that the girl is a photo and the background is rendered? I like all your confident logic and examples… however, it is all incorrect. It’s 100% rendered, all 3D elements. Virtually all of the interior items are from BlenderKit, and the model is a modified Daz Genesis 8 figure with custom textures/shading, lighting, etc. Below is a screenshot of the project in Blender. [image] Close up of face with hair particles on in Viewport: [image] Real-time EEVEE viewport of…

That’s crazy, these are obviously more convincing than the previous ones but I kind of feel like a disconnect between the lighting of the character and the background scene.

And the difference of caustics results between the bourbon bottle and the glass is confusing.

As said on the previous post, it’s strange how the geometry of the 3D model seems different from the result, the render seems to show more subtle modeling than what the model shows. Especially on the shapes of the face, but also on the clavicle. And the knees on part 1. Maybe I should do screenshots to explain better.

I don’t want to sound like a troll, I still kind of feel there is something fishy here. The character is so real and so different from its environment, and the daz models usually look so faked and way off from so may aspects. Maybe this is the person that was used to create the daz model ?

Looking forward to see the more with a male character that will have more shapes and features that can’t be so confusing.

I apologize to the OP, and anyone else who found my posts offensive. If it’s not a montage, maybe it is just the render that make look like photomontage (at least on the two previous posts).

In any case this would be still be skilled work by all means. I am amazed this job is amazing, I have no words, I share it on my profile, compliments…

Luckily there is a weird deformation in his arm in the picture "goober 6 ", otherwise I would have been convinced that all of these are real pictures!

If it is real 3d you made a very realistic piece of art. Maybe you fooled me with your photorealism.

There is an animation test. It is something.

Here’s a quick test I did to try my hand at animation in Blender. I know the actual animation is pretty terrible but it was still a fun learning exercise. Spent a lot of time trying to get decent settings to animate the clothes and hair… still a ways to go. This is 100% EEVEE by the way – which was great because the whole scene (80 frames) was rendered in less than 20 minutes.

This is so crazy, I’ve seen the others but… anyway they all kinda freak me out.

I’m not really sure this should exist.

This kind of work is unreal. I MUST see a tutorial video or live stream of one of these projects from start to finish. There are some techniques going on that take it to a crazy level of realism, even thought the ‘wireframes’ don’t look all that impressive (as if I’d know what an impressive wireframe is).

Is there a video of you working on one of these projects?

There was a viewport video:

Real-time EEVEE viewport of same scene. Hair is white because I’m using Principled Hair which isnt supported in EEVEE, and pink blotches on wall are the grease mark that don’t render right in EEVEE.

Ya it’s nuts. I want to see how he creates the skin. The skin shader and how it’s rendering is pitch perfect real. The discoloration of skin in areas, the clavicle and the neck tendons…all such great realism. Still want to see a live stream of this work being done.

I would add an old film effect 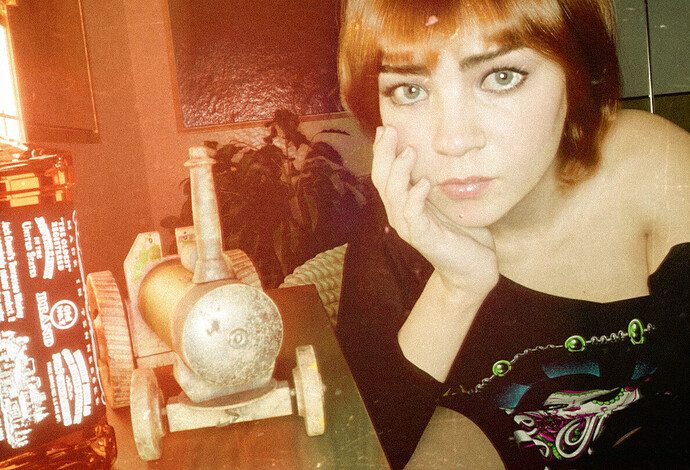 However, at first I skipped your artwork because I thought this must be “a photo”. (sorry!)

Wait…she’s rendered?! I swear I can’t even tell even though I know it.