Newtek (Lightwave) has just been bought by Vizrt 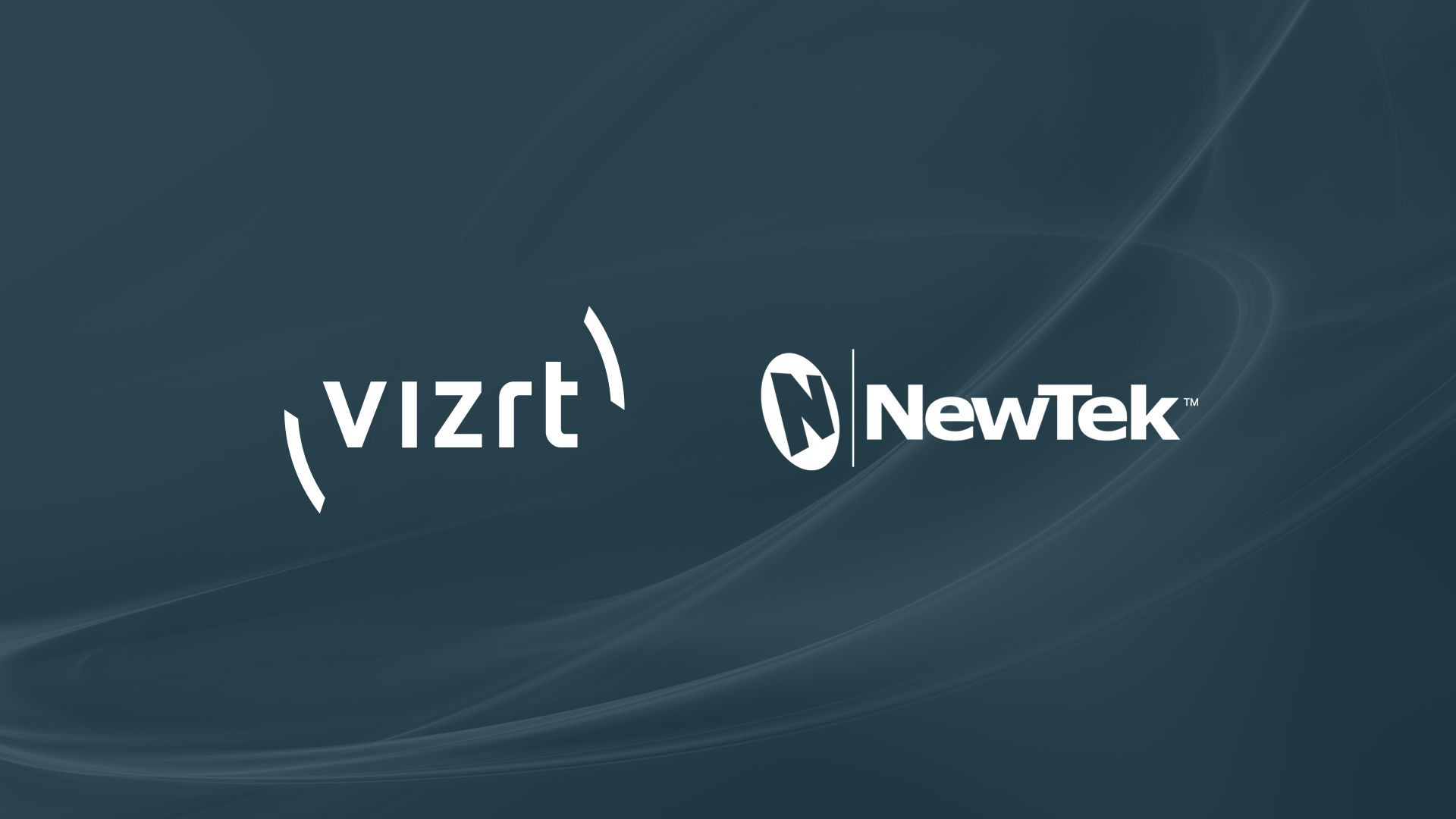 What this means is Lightwave changing hands for the first time in its history, having been under NewTek as an independent company since the early 1990’s.

Looking at their stuff, Vizrt appears to have a render engine, but generally has very little in the DCC space. Perhaps they intend Lightwave to be the app. that fills a gap in their lineup. In the majority of cases, acquisitions of DCC apps. on life support mean a future of glacial development and a very small userbase. I do not know about this company, so I can’t say if they will be interested in Lightwave as a full DCC app. or something a bit more specialized. Either way, they plan to have an event about a week from now, which might give more detail.

Will Lightwave be revitalized, or has its time largely come to an end?

There has been no mention of Lightwave at all. Even one of the newtek guys dosnt seam to know what is going to happen with it. Or at least he isn’t telling. I am guessing that its time has come. He did mention that Lightwave wasn’t a big factor in the buy out.

Yes, it is still a question of what will happen to Lightwave, whether it continues to get developed or it goes EOL.

The press releases seem to show Vizrt mainly wanting the rights to Newtek’s Tricaster product, which has no strong connection to any DCC app.

Again, I don’t think conclusions can be drawn yet, but it could be argued that Lightwave was no longer attractive enough to pay the bills, which is usually a bad sign.

I dont think lightwave has been paying the bills for a long time. It has been carried but the Video side of the business. After Rob Powers was kicked out around a year ago I guess, there was a post by one of the lightwave staff saying Lightwave wouldn’t be around if it wasn’t for Rob Powers. So it sounds like there was talk about EOLing it back then.

I hope they continue to develop LW, but I have my doubts… I used LW for a long time before switching to Blender and it has a soft spot in my heart, but after CORE was canned I lost all faith that LW would ever continue to be my #1 goto 3D app.

Raise your hand if you remember Lightwave’s 1980s predecessor: Aegis Videoscape 3D on the Amiga.

NewTek has been and always will be - especially now - a video content oriented company. LightWave was not their baby. It was more like an orphan dumped on their door step. And they had no idea how to raise it. Nanny after nanny…

However it could be considered an asset to have a DCC app in the line up. I could see them maybe trying to take what is there and integrate it into the offering of the new company. But as they really don’t fundamentally understand how to support a DCC app or - and especially - its community, I don’t see LightWave getting more of the kind of love - such as for instance joining Modeler and Layout - that we would want to see happen.

That would be my take. But LightWave is far too great of a brand to just drop. The best thing they could do for the LightWave brand is to sell it. But since they don’t have the best thing for LightWave - or its users - in mind, unfortunately I don’t see that happening.

LightWave … was more like an orphan dumped on their door step.

On the contrary, I can remember reviews from the time saying that the Video Toaster was only worth buying as a dongle to get LightWave!

Remember that the Video Toaster enjoyed a brief few years of popularity during the last years of analog video before it was supplanted by digital. LightWave, on the other hand, was useful for somewhat longer … until it got eclipsed by better-designed software (i.e. just about anything else from the late 1990s onwards). It never recovered from that situation.

Check this video with the original Amiga 4000fvrom team 17 resurrected and running Lightwave with the scenes from the original Worms cutscenes:

I would agree Richard. LW was never really an ophan in NT at all, it was created with a specific purpose that at the time dovetailed nicely into what NT and Videotoaster were doing, motion graphics for video, titles, set extensions, virtual studios and such and at the time it did it well.

I would argue that C4D has probably replaced LW in this particular area, but its still an area much in demand. I think that’s where LW should be aimed at again, well in the beginning.

Modo still has not really delivered in all areas what Brad originally intended and now he has left Foundry who know what will happen. I always thought that if i ever left LW for good i would switch to Modo, having kept up on current events i not so sure i would. The modeler is very nice but the rest has some way to go now.

Im not sure many would be interested in LW, maybe BlackMagic or indeed Rizom might be worth a look if they want to sell it.

Then again maybe with the takeover by vizRT there are plans to bring LW back to where it should be a mid range 3d software that is good at motion graphics. LW is never going to be Houdini, Maya or Max, but it still has capability.

Of course compared to Blender it is seriously getting behind the curve now and Blender is free, so NT/vizRT/LWG3D have a long way to go.

Well, you guys sure got off to a tangent on that quote.

Did you even care to ask what is was I was referring to?

And have you considered what an orphan is?

Did you guys care to ask at what point in time I was referring?

To explain my terse response. I have talked about this so many many times in so many threads over so many years and the history of LightWave is so well known by us old-timers who lived through this period. (first Toaster, first LightWave, ourselves making the joke that our Toaster was nothing more than a LightWave dongle) Followed by the post Modo years… (hint)

I am tired of typing the same things over and over again. And prefer to deal in short-hand to make a point.

Fair enough, oh yeah and im an old timer too.

Lol … yeah this ages us. I was thinking back to a band I was in in 1993 I think it was. And just trying to wrap my head around the fact it was 26 years ago. That means the Toaster and first versions of LightWave are almost 30 years old.

We have indeed become our parents talking about the days of the horse and buggy and the model T.

My first 3d graphics were on an Apricot Computer in 1988, just wireframes, 6 colours at most all done in Basic. Funny talking about age but that computer had infrared mouse and keyboard or fibre optic connection, which was ahead of the competition, even Apple.

My first real computer for 3d was an Amiga 1200, heady days and the first 3d software i brought was LightWave 5.6 if i recall.

I actually got into it in the military. Some big wig decided that Videotoaster was what we needed to do our presentations. He had seen a presentation in London and really liked the way it worked, its speed and the fact that you could create your own titles and animate them.

He also funnily said to me, oh yes it comes with this other thing called LightWave, i’ve got no idea what it does and probably wont use it.

Once we got it and set it up then he found out what LW was and why all those fancy things he saw at the presentation were done by it. That’s when i got opted in to learn about LW to do the graphics.

Needless to say as i told him at the time Videotoaster was overkill for what we did and indeed he had more been sold on what LW could do than what Videotoaster could do. We did not do real time stuff for the most part.

I bought my first Amiga 500 at the Army Post Exchange in 1987. For some reason they were selling them in Germany and I could get at a good rate and tax free. For my Armor officer basic course one of my tests was doing a high end presentation. I did a briefing on the Battle of Hastings with 3d graphics I did in Lightwave. 5 minutes into the presentation the Major grading me stood up and said “Ok Stop you pass!, I haven’t even seen stuff that advanced in the Pentagon”
In reality was I think he just wanted to go play golf.

I had an Amiga 500. mostly for games, but also some 2d graphics paint program, cant remember the name. My computer journey started with a Commodore 64, then onto Commodore 128.

Then i got the Apricot F1 and never looked back. Then i started to learn Basic.

I think, if there is any evidence of LightWave’s demise it is that right there.

Because there isn’t anywhere else to go. Nothing else to do except dust the cobwebs off the old stories.

Usually people out do me though. So I have learned to just keep my mouth shut, like in Jaws when they are comparing shark bites and the chief thinks the better of showing his appendectomy scar. Love that little detail. Wonder if it is only people who have had that operation, get it.

Did I hear someone say “Amiga”?!

I’ve recently summarized all the 3D renderers I’ve used in the course of many years, and found out it has become quite a list.

I just realized this might give the impression I’m bragging.

I’m just a nostalgic guy, particularly when it comes to computers and software.

What was your digital pastime before the Amiga? I also loved the C64. Before that I had a CBS ColecoVision, an Atari 2600 and I started with a Soundic Pong console. Those early years of the digital revolution were magical.