A quick test to see how to make night time scenes. This is what I have so far and would love to hear how to improve and make it look better. 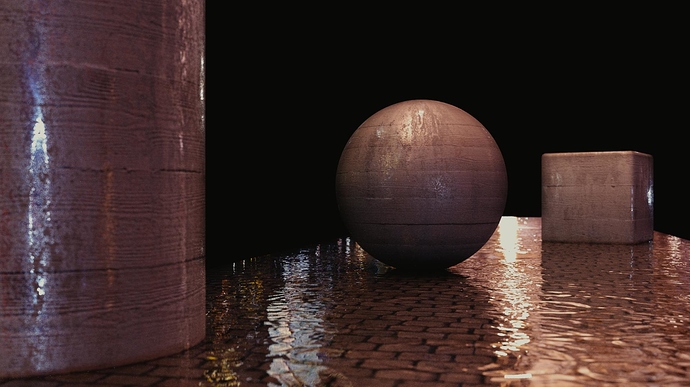 the cobblestones look flooded, is that your intention? if not, you should add in some bump from the cobbles into your reflection shader

It was intentional but I guess I should make a shader for higher parts of a scene where the water would slide down to where this would be used for. For this I was trying to make it look like a slightly flooded part of a place with visible water ripples where the rain hits.

For the lighting all I used was an HDR image for the main light source and imported an image of a cityscape, mapped it on a plane, and under the ray visibility hid it from the camera.

I used two objects for the final look of the ground. The first being the bottommost one which is just a plane that has been extended and had a lot of extra geometry added to it for the displacement map which is just using the image texture I used for the color of it. the second being another plane with dynamic paint set to a canvas of waves and had the radius and strength of the effect adjusted until it looked like it fit and then applied it to the plane. 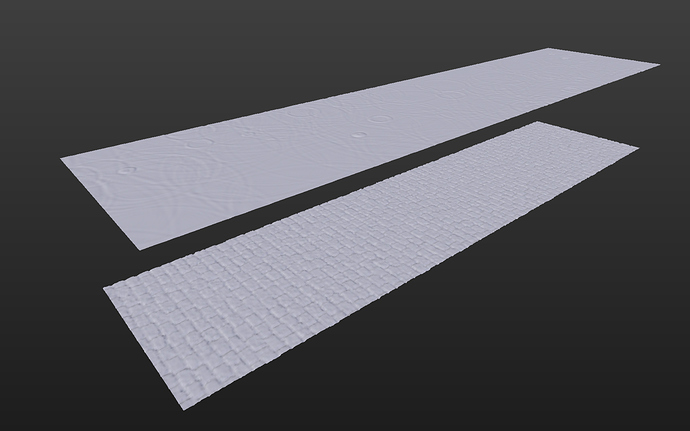 The shader for the bottom plane is just a diffuse shader with a texture and the same texture being converted into a normal map for a little more detail to the surface of the object. 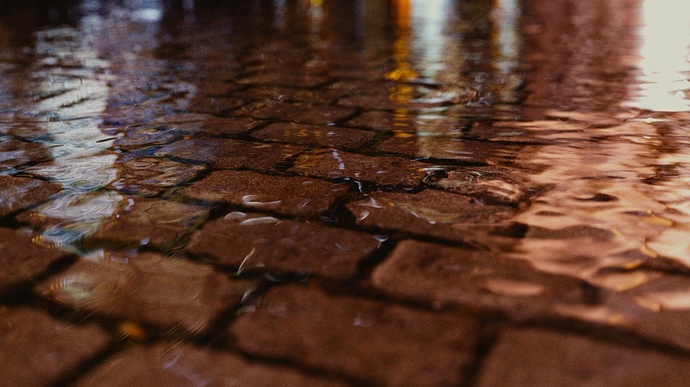 For the objects I used an image texture and the same one converted to a normal map, mixed a diffuse and glossy node, and use a grunge map image and color ramp to control the roughness of the glossy node. 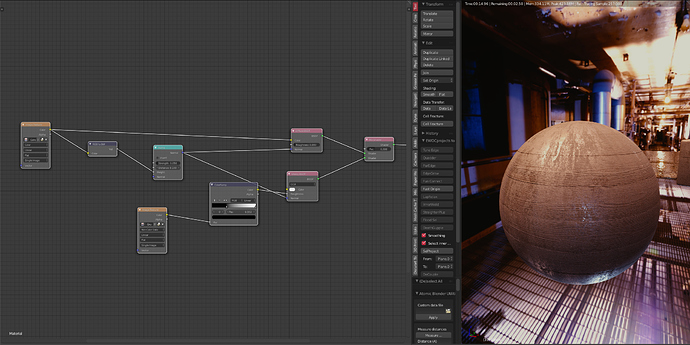 This looks very real! Perhaps make the cobbles darker as they are wet.