Hi all, I’m not the first to experience this, but it looks like I’m the first to post about it anywhere (?). I’m using bpy.utils.previews to load custom icons for some addons. It works in in most versions of Blender on most OSes, but - seemingly randomly - it just doesn’t.

I could use bpy.utils.previews on Windows and Linux 64-bit with Blender 2.78 official. I’ve downloaded 2.79 official and this is what I see when I use autocomplete with bpy.utils: 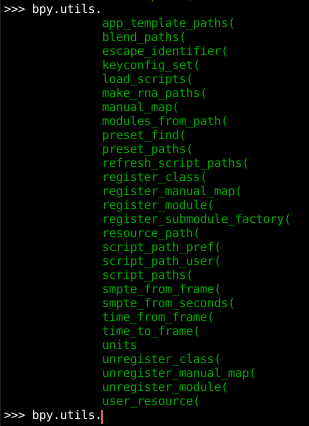 Where on earth is bpy.utils.previews??