Hey guys, recently I’ve been working on an addon that displays a mini-map in the corner of the node editor:

It has lots of controls for how it is displayed, including the ability to only show top level nodes (ones that aren’t in frames), and all colours are customizable.

It can also be used to navigate the node tree using these controls: 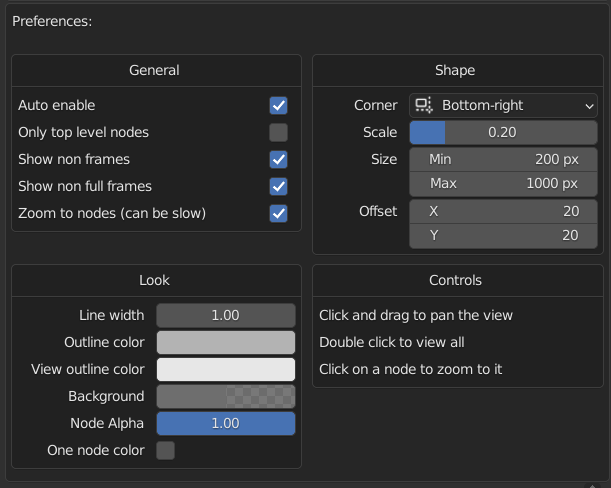 You can get it here for free: 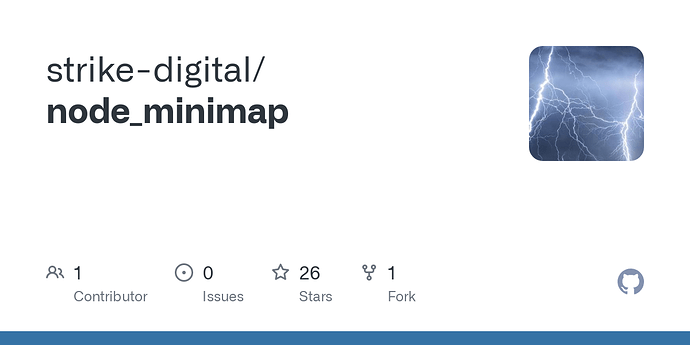 Contribute to strike-digital/node_minimap development by creating an account on GitHub.

One thing to bear in mind is that on very large node trees (400 nodes +) it can start to slow down the 2d viewport, especially while moving/editing nodes, though this won’t affect most people.

It can also function as the world’s worst and only node based pixel art editor!

If you have any questions/bugs/feature requests, feel free to reply, and I’ll see what I can do!

Great idea, any solution that allows users to speed up navigation through an extensive node tree is very useful.
thank You

This is AWESOME. Hands down one of the best add-ons I’ve seen recently. Would it be cool with you if I made a video reviewing this?

@josephhansen Yeah, sure, I’d love to see that!

I just found a bug- trying to show the minimap creates an error if you’re in the World Shader. I’ll go make an issue on GitHub as well

Just fixed it, thanks for pointing that out!

Nice addon, thank you.
Btw the hamster video is sick

Glad you like it! I didn’t expect to make a pixel art editor, but hey, if it works xD 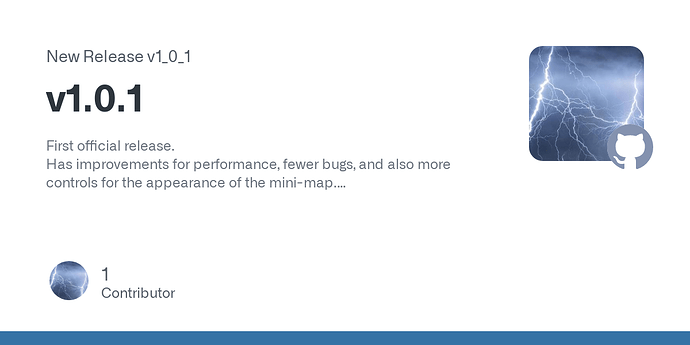 First official release. Has improvements for performance, fewer bugs, and also more controls for the appearance of the mini-map. You can also now choose which corner to put the mini-map in. Also, n...

I would like to say thanks for this addon! It makes it so much easier to navigate large trees, and acts as a nice visual reference.