This one was prepared for BeQuiet competition, maker of silent power supplies and CPU coolers.

The ad had to be “inspired by BeQuiet product design” so I downloaded dozens of images of their products and started sketching some ideas on paper. I had only one and a half day for the whole process, so I had to quickly come up with something that can be done within this extremely short timeframe.

The final idea that emerged after I ditched several others, called for a headphones that can isolate you from the noises of the world (and double as a heatsink for your red hot head). I then downloaded scores of headphone reference photos, produced final concept drawing and started modeling.

Modeled from scratch in Blender, rendered in Cycles. There are about 10 lights in the scene. 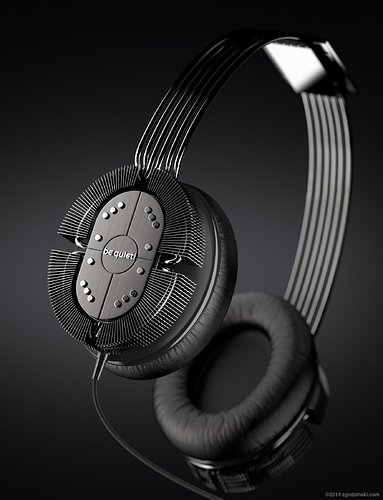 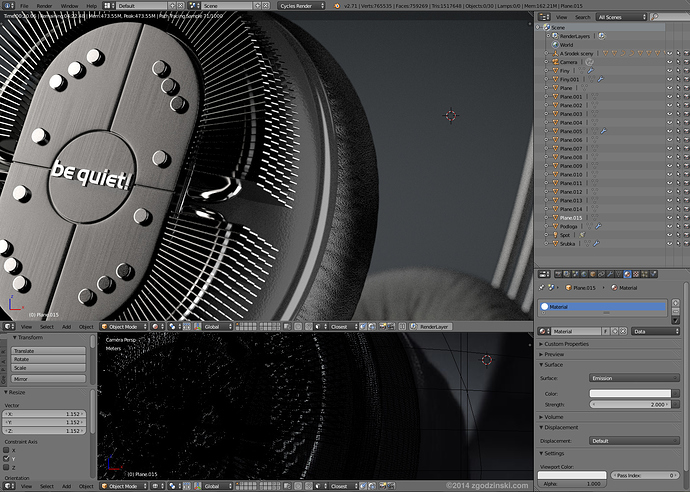 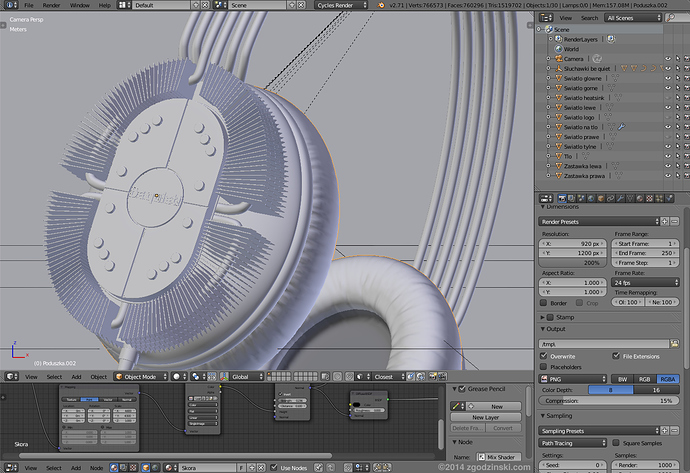 How did you do that soft foam of head set? As in the wrinkles?

Nice job on this concept and the modeling/texturing came out very good. I’m trying to figure out what purpose that square thing up top serves. It would almost seem like some foam should be covering that for comfort.

How did you do that soft foam of head set? As in the wrinkles?

Those wrinkles were manually sculpted with a default sculpt brush. If I had more time, I would probably bake them into normal map.

I’m trying to figure out what purpose that square thing up top serves.

That is the usual part of every CPU heatsink that is equipped in heatpipes. It’s purpose is to make contact with the CPU surface to conduct heat and direct it into heatpipes for later dissipation. It’s surface has to be smooth, that’s why it’s usually mirror-polished and shiny. Please take a look at the example: 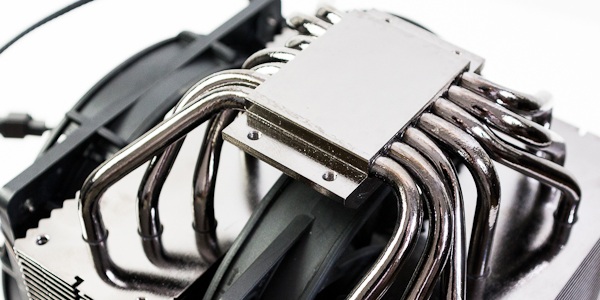 Excellent! did you win the competition.

Great job and a fun design

10 light? Why so many? Can you share the lightningsetup.

Very nice, smooth and clean rendering. Good job!
One question though, why the wireframe on the first viewport screenshot seems to be so dense?
Pozdr

Nice and realistic! Good job!
Would like to see a proper wireframe render