So i’ve done some tests using normal maps to make objects appear less detailed than the original model. The reason for this is my interest in 3D anime-style models, and how they seem a bit off in the face sometimes. The nose is what im most interested in. Basically my theory is to make the face appear mostly round and devoid of detail, save for the 2 sides of the nose which are usually the only shading on faces in anime. Check out this initial test: 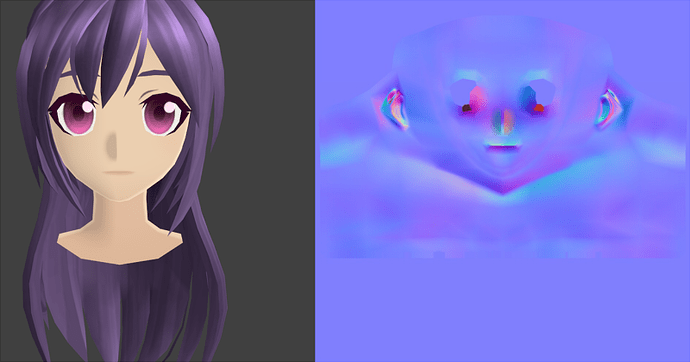 As u can see, the face shows very soft shading, save for her nose which has very harsh shading. To accomplish this i simply baked a smooth head onto her model (which has fully modeled nose/lips/eyes) to basically erase all her facial features. Then in photo-editing i pretty much just drew on her nose with sheer 90 degree angle normals facing left and right as to keep only 1 side shaded at a time. This works pretty well on this model, which is fairly low-poly and plays nice with baking.

Now im attempting to do it again with a higher quality model but im having trouble with the nose, which keeps leaving this strange dip on the tip of the nose and i cant explain it… 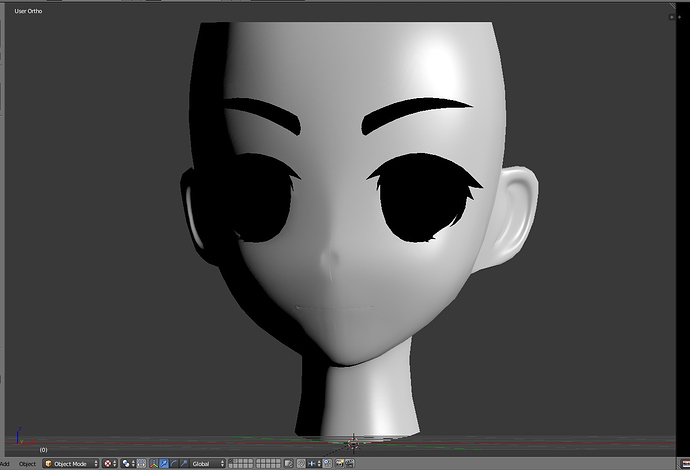 im thinking this has to do with the higher poly count, this second nose is more pronounced while the first test had a more flat nose and took the baking with less resistance. idk

if u have ideas let me know, also thought it would be interesting to share since i cant seem to find anything on these types of normal maps. idk if it’ll be very useful for much, who knows.

sorry for the short reply, (in work).
But this might be useful.

Oh wow, that is super helpful, thank you!! I’ve actually started watching that tutorial series before but never got to this part, very interesting!