^ huh? why? why on earth? If they are different enough for them to be their separate nodes, why don’t they have separate names? If they are similar enough to be named same, why aren’t they just same node? This just makes it a headache to search “mix” node… 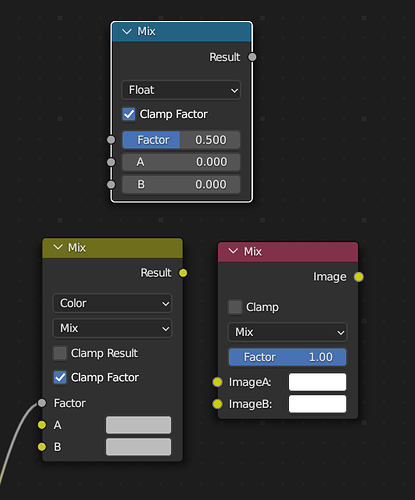 The idea behind the new introduced mix node is (i believe) something like:

One mix node to rule them all…

And you may already know… magic is tricky

… so now we have several…

Nodes are grouped functionally, meaning that one node does one operation, but it does so wherever it makes sense, no matter the data type. This is why “mix” now handles mixing of colors, floats and vectors.

This just makes it a headache to search “mix” node…

What do you mean? They’re the same node, just with an option to switch between color, float, and vector modes. Searching for “mix” in the add menu only displays one result. 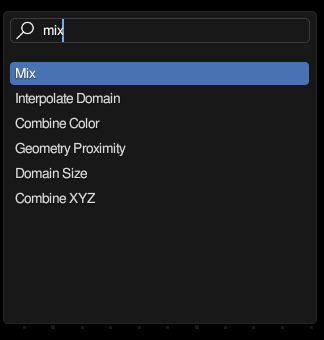 You can always change the type by clicking on the “data type” option. 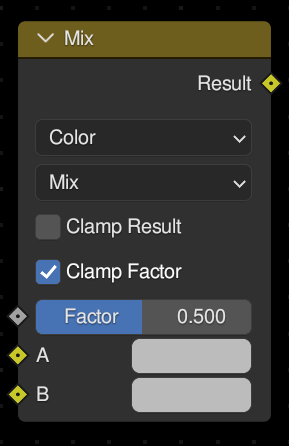 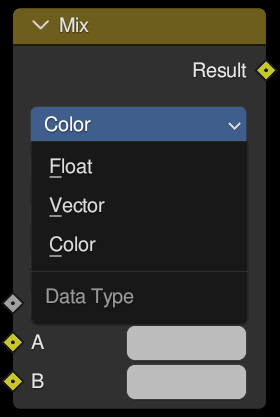 Since 3.4 there is a generalized “Mix” node that can be used to mix floats, vectors and colors. So the blue and yellow node on the left are really the same node but one in Float and the other in Color mode.

I’ve never seen the red mix node though and it doesn’t come up for me when searching. The red color is usually reserved for input nodes and the labels “ImageA” and “ImageB” also don’t seem typical for something native in Blender. Seems like something from an addon.

Isn’t the red one from the compositor?

That’s what I thought at first, as well, but that one is different from the ones shown in the opening screenshot: 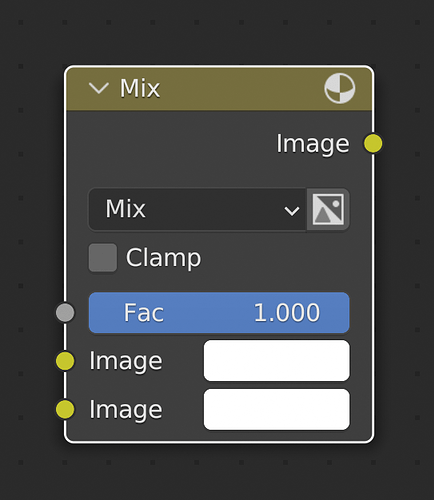 Tbh I think this is a bit annoying. I mostly use the color mix node because of the different blend option in there, so when dragging a new noodle from a math node and want to add a color mix to it, but from that search menu you can only get a float mix. So I have to change that to a color, but then the noodles looses connection. So this new division of nodes give me more extra steps ;
Tbh I think they should just added all the math options to the old Color Mix since it still do float and vectors just fine.

Small workaround: You can directly add a Mix node in Color mode when dragging from a math node by choosing the Mix > Mix entry in the search menu: 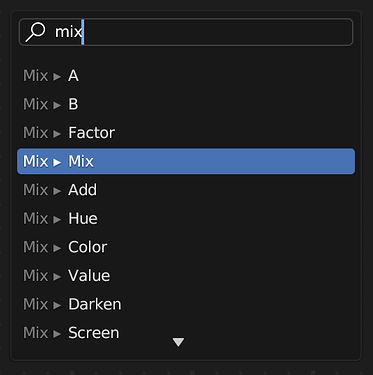 If that one is for Compositor, why did it appear on Shader Nodes?

when I search for “mix” I get 2 options 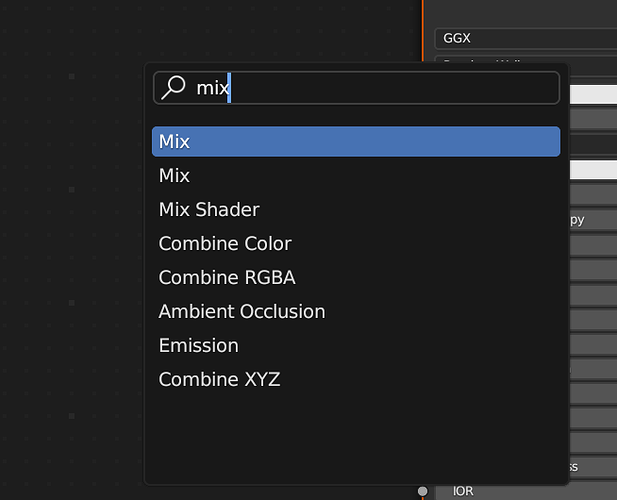 and when I click both of them, they spawn these nodes: 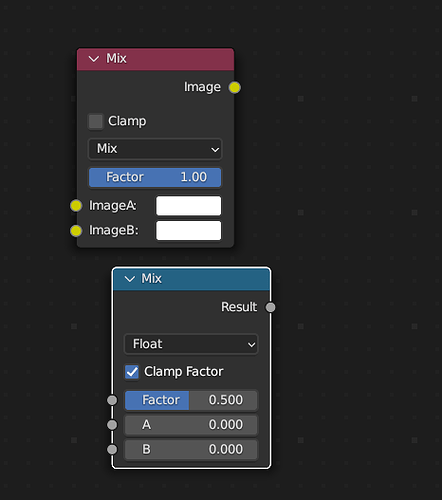 The red one appears to be from an addon (as @lone_noel mentioned), although why an addon would do that is a mystery to me. Try disabling addons until you find the culprit.

There was a bug related to the node search that would cause nodes from addons to show up in other node editors: https://developer.blender.org/T101259

I think the addons had to be updated to avoid this.

Thank you everyone, I disabled all of my addons and now there’s just one mix node

no idea which one caused it