I’m experimenting with the use of Nurbs in modeling an aircraft. The wings and tail have come along fine, however I am having some difficulty with the body of the plane, mainly with the nose and cockpit. With most planes, the nose is more roundish, while the body has somewhat more of a Isosceles trapezoid shape. The problem lies in joining up the two shapes, which I’m not sure exactly how to do. The first picture shows two intersecting nurbs objects that form the body of the the plane and the cockpit area, while the second shows my attempt at changing the values of the control points, which ran into its own problems as you can see. What approach do you recommend that I take? 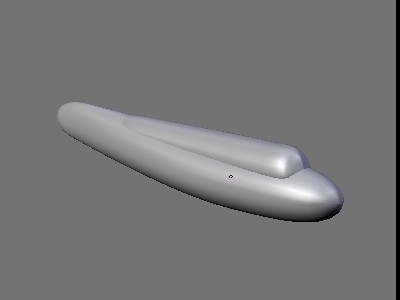 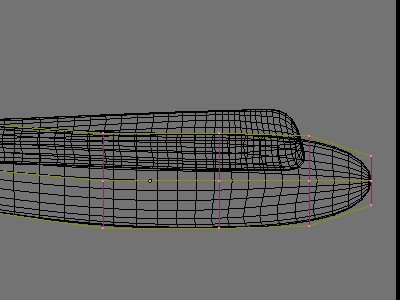 Have a look at this tutorial on modeling a dolphin using NURBS. It uses a lattice to shape the NURBS object (a sphere, in this case). 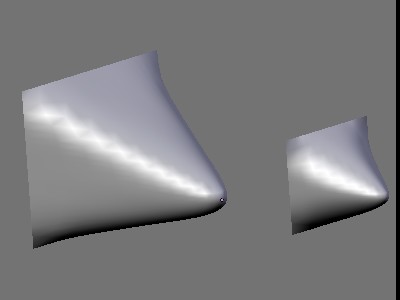 I’d say that’s decent, I know I would be happy with that!

Do you find a good solution for your airplane ? I’m trying to model a plane with nurbs and I’ve found the same problem.

George Maestri has a good tutorial on Nurbs modeling and uses an airplane. While the tut is for Maya, the concept is the same.You can check it out at Lynda.com

@ Alcides, I havn’t found a soultion yet, so I’ve put it on hold for now.

@ PapaSmurf, the tutorial requires a subscription to view, so it’s a no go for me. Thanks anyway.