I’m new to blender and am trying to model a curved I beam. I’m using blender 2.69.
I have a cube with the top face moved to ten blender units high. I created two vertical loop cuts and extruded the thin faces to make the “I” shape. I have ten horizontal loop cuts in the cube to allow it to bend.
I have two nurbs curves in my scene. The second one is a duplicate of the first moved to a different position. I used it to test behavior hoping to uncover clues as to what is wrong. I’m applying only one curve or the other at a time.
The first curve was created and then needed to be rotated 90 deg in X and -90 deg in Y. I have applied the transformations. The control points were moved in the XZ plane in edit mode.
The I beam and first nurbs curve have the same origin. The arrangement is shown in the image below. When the first nurds curve is applied as a modifier, the beam is bent as expected but is also rotated which I did not expect and don’t want. When the second nurds curve is applied as the modifier, the beam is translated 4 units in X as expected but is also rotated and apparently translated in Y too. I suppose rotated around Z at x=4, y=0 might be what is actually happening.
If anyone can explain why the object is being rotated by the curve modifier I would greatly appreciated it. 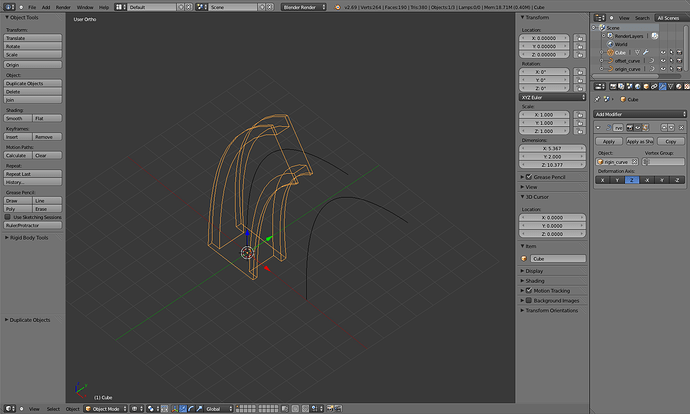 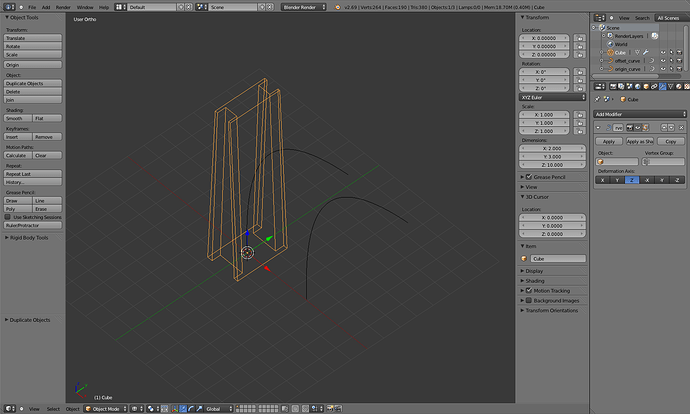 but is also rotated which I did not expect and don’t want. 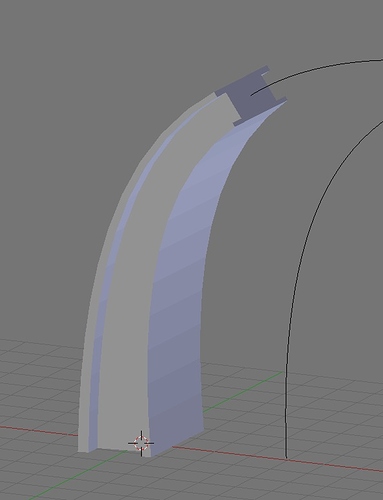 Thanks Richard :). I was hoping it was something simple and it is.