This is a piece I finished about a year ago. I titled it “Desert Goddess”

It’s probably my favorite painting (that I’ve painted) and one of a handful of surrealist attempts I’ve made with canvas. This past Christmas I photographed and changed the levels some, photoshopped out some of the glare and printed 3 on glossy photo paper at 4 inches squared, which I then framed and send to family members. Everyone really liked them.

Oddly it’s one of the only paintings I have hanging in my condo that isn’t attached with a screw or wall mount. It’s been resting precariously on a thermostat, and last week a door shut hard and knocked it down to the floor. So it’s sitting on the floor right now. The woman in the painting dreams of better spots.

This is a photograph. I cropped out the frame as the perspective was making the painting appeared fish eyed, so I put a dark border around it. 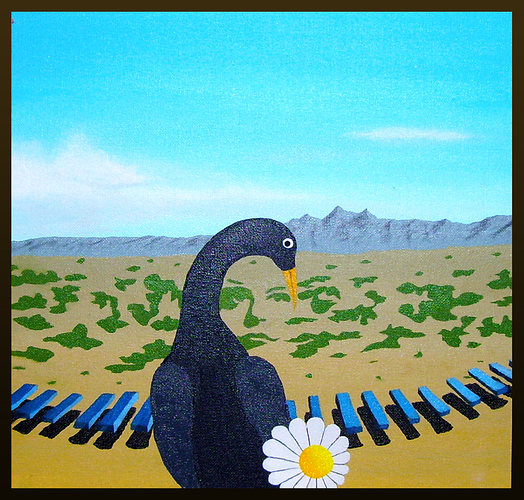 This is the adjusted levels Christmas version: 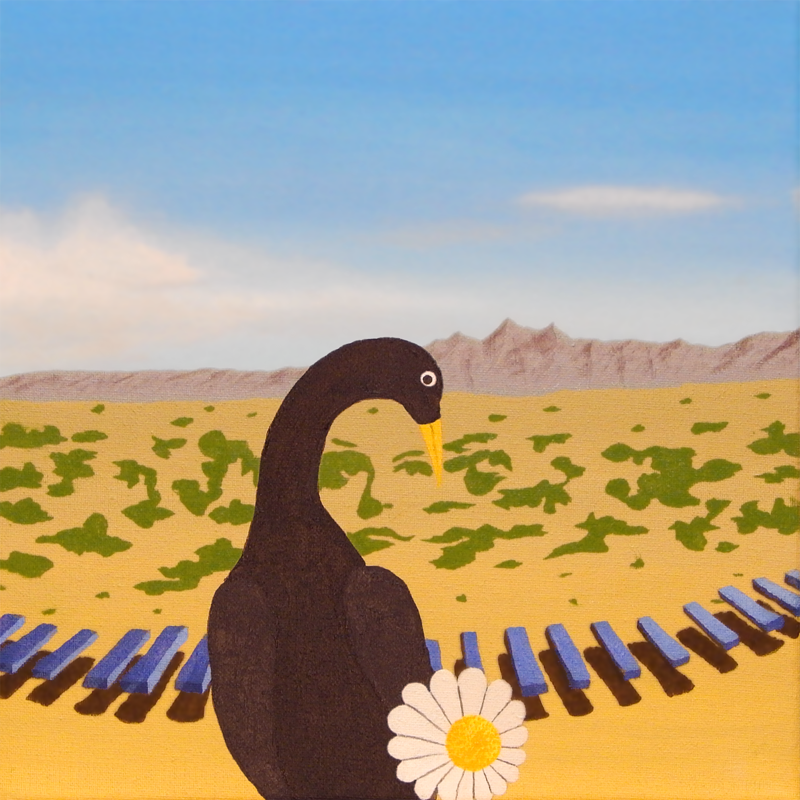 Wish I was sizzling in South Florida. Its cold where I am at. The Painting before you changed it in the computer I like. The Texture the canvas gives is something I think adds to not takes away. The only part that seems to be better after messing around with it in the computer is the bird. Though that is how I see it. Overall its a nice piece.

Not being facetious here, but did you see the hidden face formed by the neck of the bird and the shrubs? I kind of hope you didn’t actually. Once you see it you can’t not see it, but I am hoping it’s not as obvious as I think.

When you pointed out the face - I saw it. It’s quite cool - a hidden easter egg in an already great painting.

Honestly I did See it not right away but after looking at it for a little bit. Though I usually see faces in shadows tile even the textures of walls.

Ok, thanks softwarespecial and kbot. I’m glad it’s not immediately and plainly obvious. The blue stairs form outstretched arms, and the daisy is a breast, but I get the feeling that people aren’t seeing it. The whole figure is sort of flying with arms outstretched. I’m debating putting another coat on and making things more obvious, but I don’t know maybe that’s selling out here.