Hi all,
Here are a few images that have been cooking overnight. I haven’t done that many exteriors but I wanted to take a break from the glossy interiors I usually do and go to the opposite end of the cleanliness spectrum.
This scene is relatively low-poly, as you can tell from the close-up of the car. The displaced ground accounts for about 300 ,000 of the total 500,000 polys. I did most of the textures from photos of an actual Berlin courtyard I took last weekend. The textures for the ground, trees and car are from CGTextures.com, reworked in PShop.
Modeling is all Blender and the render is Indigo104. 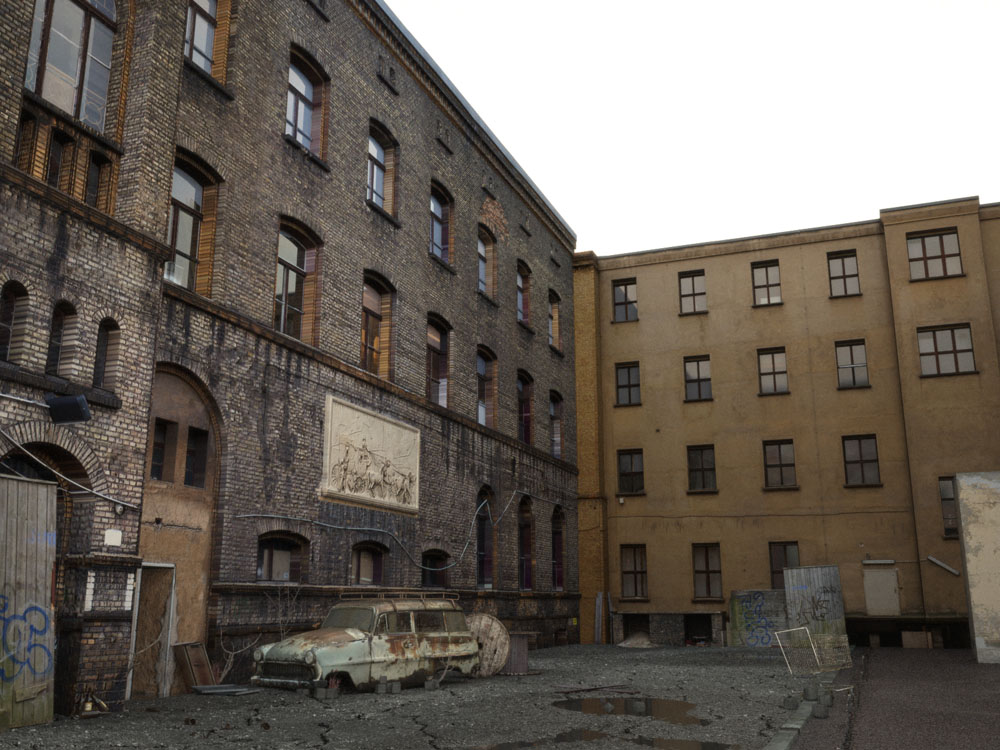 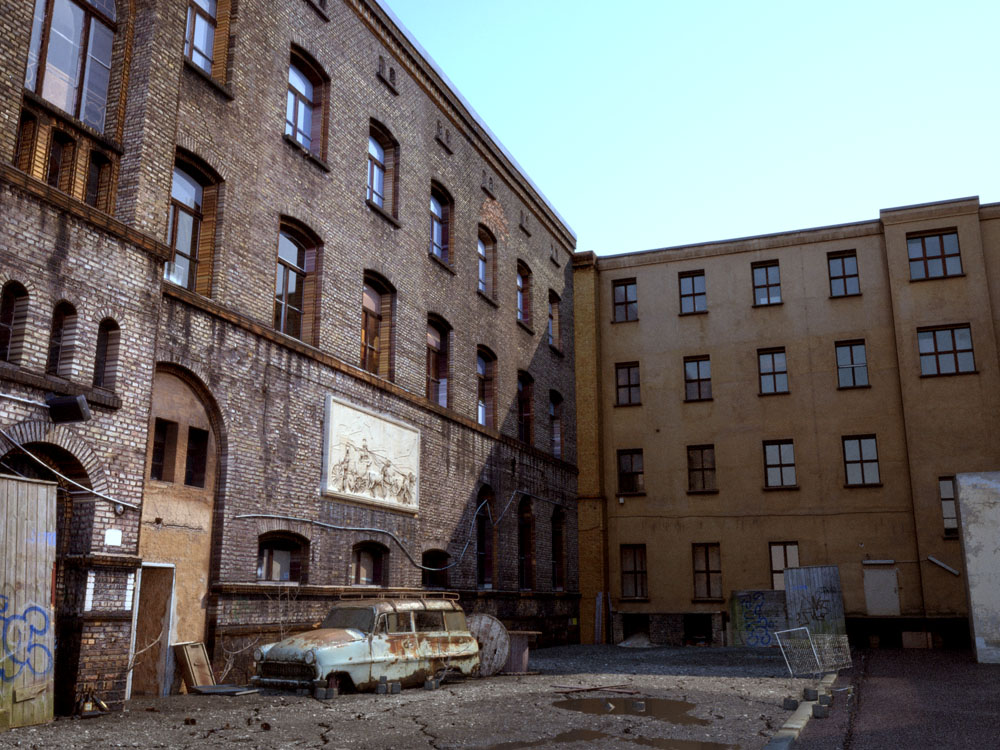 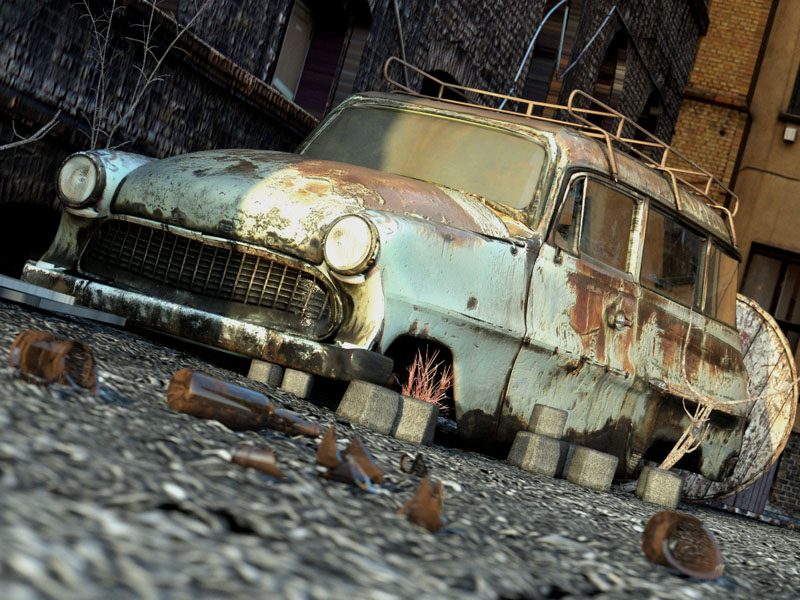 man! that’s sick! where is the CG-part in it?! which one is your reference photo?

This scene is relatively low-poly, as you can tell from the close-up of the car.

The only thing that is not perfect are the coble stones that support the car and lay around in the courtyard. Is the brick texture painted? Or does it come from a picture?

Now i noticed… the wall behind the car looks bit textured… but other than that perfect. Definedly Gallery stuff…

Eradicor, snelleeddy: Each of the two main buildings is just one, relatively large, texture map. Each was built from six different photos sown together to make one facade texture. Every photo was originaly 10m pixels, so in theory I could have had one big 60m pixel map for each building. But Photoshop started quitting on me at this stage so I had to cut the resolution by half. I’m not even sure Indigo would have handled such big maps. Even at the lower resolution, Blender was struggling a lot to give me a textured viewport.
So that’s why the wall looks a bit lo-res in the close-up shot. In fact, it’s a pretty bad scene for close-ups (also because of the low-poly models, such as the cobbles) and it was designed mainly with a panorama in mind. If you go too close it starts looking like a playstation game

Actually thought those thumbnails are your reference shots.

I was 5 mins asking myself “where are the renders?.. here’s only ref images!”
Brilliant work man!

The one thing that really stands out for me is the big image/poster above the car. You have everything else so nicely dirtied and messed up then there is this great big, clean, white poster. Really stands out as not being part of the scene.

Other than that, fantastic and one of the best indigo renders I have seen to date.

Cheers for all the comments. Much appreciated.

BgDM: Hi, thanks for the kind words. The poster is in fact some kind of sculpture - more like a plaster cast. It does look weird, but it was part of the original facade, and rather than remove it, I decided to leave it and make it part of the facade’s mesh. I could have tried to displace it to make the bas-relief more evident. In fact, I might do just that if I revisit this scene (though I’m a bit worried about the polycount impact, which can be a pbm when exporting to Indigo.)

I see so you went outside and took a picture eh? lol Awesome work there!

BbB. this is just purely fantastic! I just noticed you at cgtalk and commented on your “Guy” and came here to see if you’ve ever posted here, and waddaya know! Here you are. Awesome friggin work mate.

Len: I remember your post. Thanks for dropping by!

you guys who make these realistic images should be passing them off as real in different places to see if people believe it… that’s the real test. Then amaze them by telling them it’s fake.

Some of the best Blender work I’ve seen yet! Absolutely splendid!
5 stars 'cuz I can’t give you a 6.

I’d be interested in seeing a wireframe of the car.