So i’ve been experimenting with some new things in Blender, and have recently started working with the sculpting tools. First of all, let me just say that they’re amazing.

So for my first project i am making an old man bust. I chose it because it would be one of the hardest things to draw and i like a good challenge

I’m fairly good at doing 3D stuff and have been using blender for about 3 years. Heres a render of what i have so far, (keep in mind its not done yet!) And i’m fully open to any suggestions! The base model is actually the Female Basemesh provided by CGCookie.com. I just had it, and all i need was the very basic shape of the head. 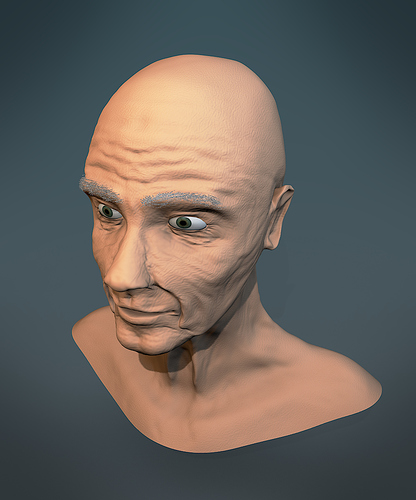 And i finally unwrapped him today, with virtually no idea what i was doing(ive always been terrible at texturing…) So heres him unwrapped, if anyone has suggestions on how to unwrap a head. 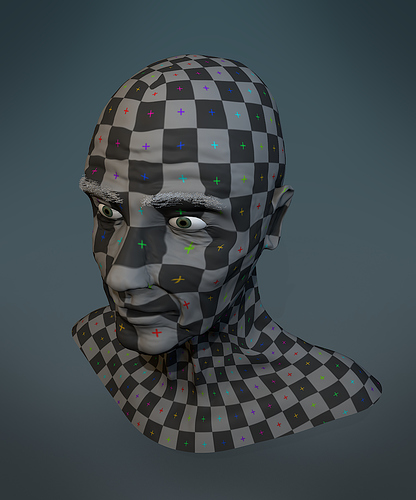 And lastly, just because i can, heres a process photo:

Also, if you’re interested. My brother and i are creating a game using Unity and Blender called Overkill: Action Racing. We started last year with the Blender Game engine, but it just wasn’t powerful enough to handle it, so we moved on to Unity, but are using Blender to create some beautiful models.Check it out at our site : http://fpsyndicate.webs.com/