Have you seen Pixar’s “The Incredibles”? I’m guessing most of you have because it’s animated, and we all love those kinds of films 8 D. Plus, it’s by Pixar, one of the biggest 3D animation companies in the world. Well, remember the Omnidroid? The thingamajiger robot that goes after the Incredibles, and Mr. Incredible on his secret mission.

Well, I modeled it, not extremely accuratley but well enough, because I want to rig it because I’ve never fully rigged and animated a character in the 2 and a half years I’ve been using Blender. So, I’d like some help. Here are some pictures: 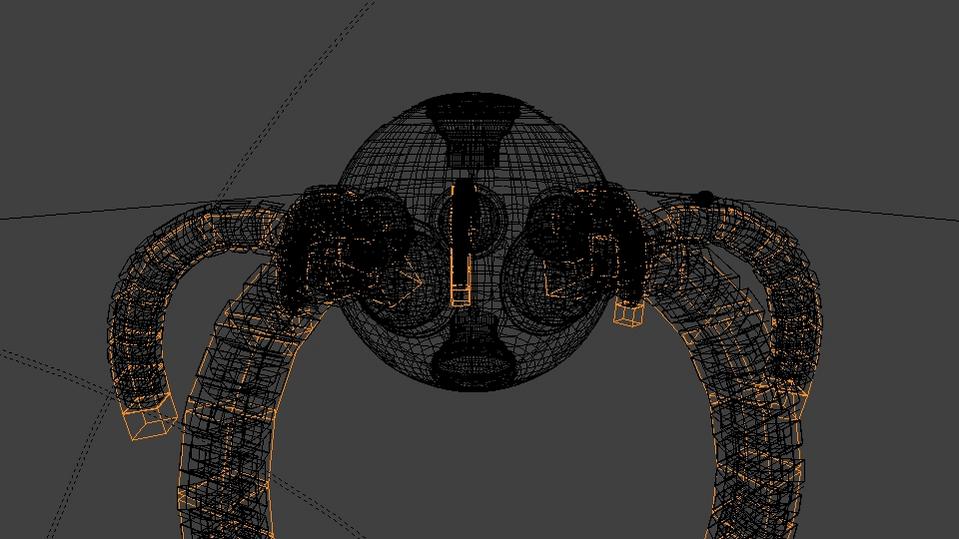 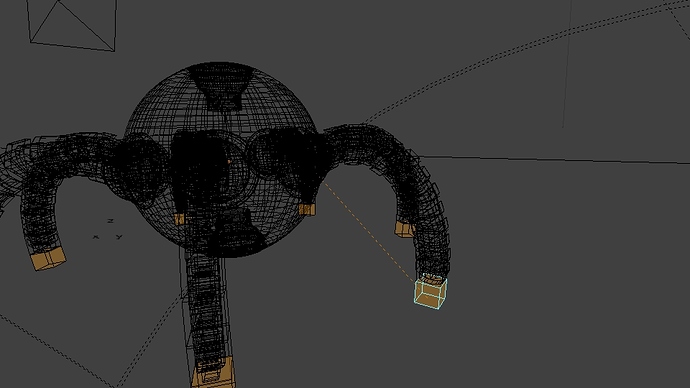 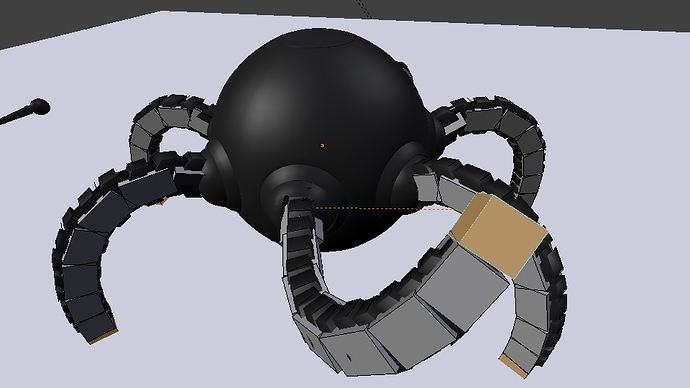 This last one is a test render. I think 3:41 was the render time (min:sec). No AO in that render though : ). Just an orangey light on the right and a half as bright bluey light on the left, both a spot light, 5.0 ray shadow blur, 8 sample shadows. Also, the Omnidroid, has 24 sample glossy (0.75) reflection. 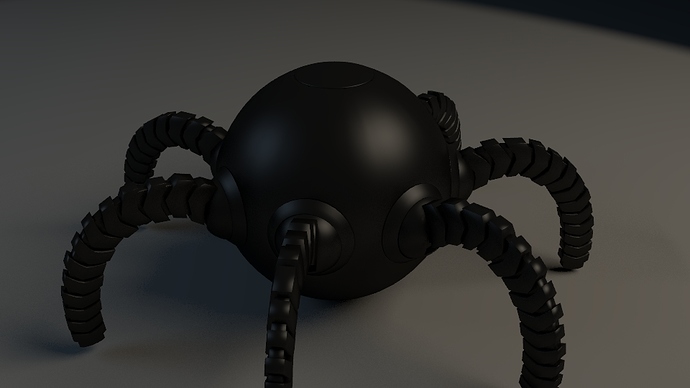 I already rigged the arms with a single simple IK curved b-bone in each arm. But I’m just plain lost on how to get the arms to follow the body and just rig the whole thing.

So, how the heck can I rig something like this? I’ve never rigged very much at all and I really need to practice in all areas because I’m thinking about 3D graphics as an actual career option (my main choice : ). I’ll start looking at the manual if I don’t have to go the bed right after I post this thread.

Not sure what what your doing to control your legs but I have a sample blend that might help you on what you might want to do for the rig. I know the robot itself moves it’s body a lot keeping it’s legs stationary, so I made a blend with a body and armature to show you how to do that. Takes a while to do it, maybe I’ll feature a tutorial on exactly how to do it…

Haha, it’s perfect! I’ll try to duplicate it on my Omnidroid, but first I’ll practice animating with this one and post the results of my first animated rigged character 8 D.

I’m uploading the video to MediaFire… this might take a while. It’s an uncompressed AVI, and so it’s a huge file (I usually have trouble compressing files and still retaining quality in Blender) at 54.94 MB, but it’s 300 by 400 pixels, 40 frames, 24 fps.

Got it! It’s the first animation I’ve done with a full rig, so if it looks bad, I tried and I need practice:
http://www.mediafire.com/?jmznyynzt01

Also, I kinda cheated and moved all the legs at once like they would if it jumped, but then I time offsetted the legs so the each take their own turn to move.

Not bad man - probably smart you used the model I gave you to test your animation walk cycle, cause using your model would have taken a while to render. I’ve seen the movie, but watching some clips I thought you’d like to know how to make it do the smash move with the body so I made the Armature function with the body so that moves down with out effecting the feet.

If you have questions or requests let me know. In fact if you want to request something I’m working on a new site including with tutorials so that might help me out in a way to post a new tutorial. Later!

Thanks so much for the rig dude! I’m gonna be studying how ya built it all day tomorrow… but you know high school, they’ll give you homework on Christmas break… my mom says that school goes wayy overboard in reading and homework.

I downloaded the rig, and because of its complexity and usefulness, I will be studying it for a week to understand the basics of rigging.

Ok, a project with animation like this is just too advanced for me right now. I’ll come back to it when I have more animation experience. In the mean time, I’ll work on simpler animation and continue on my specialty of rendering tests : ).