Mixing up some optical illusion stuff for this building. 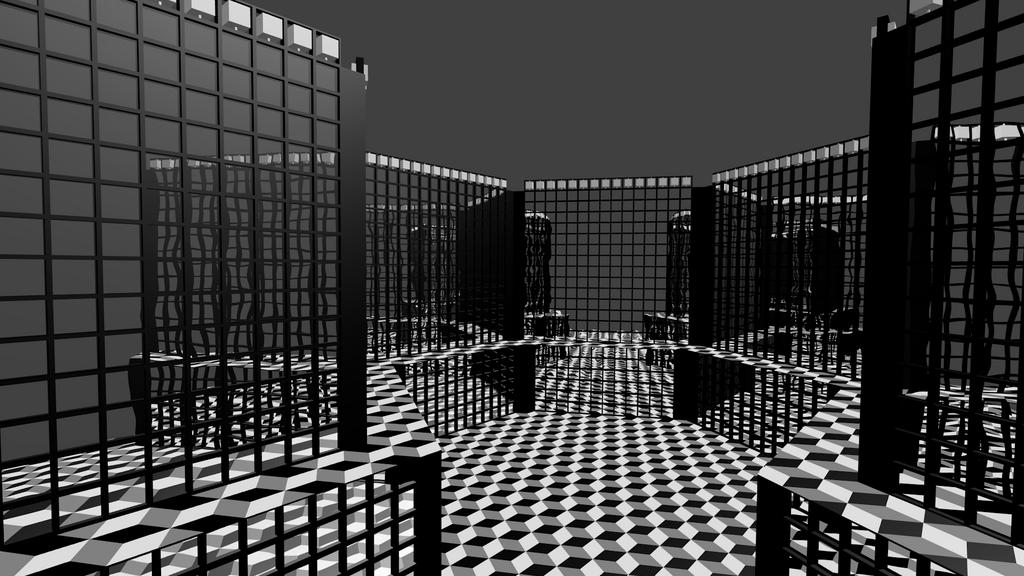 Added a tower and some detail Um…how do you make an optical illusion with blender? Do you place the camera at a very specific point and angle or something?

There are probably things that you can do with the camera and layers. What I’m doing here is just using tiles that look like the corners of cubes and bouncing a lot of reflections off hexagon walls like something that might be used in a house of mirrors. I’m in the process of adding suspended glass stairs and walkways.

Just finished rendering. No rails yet. 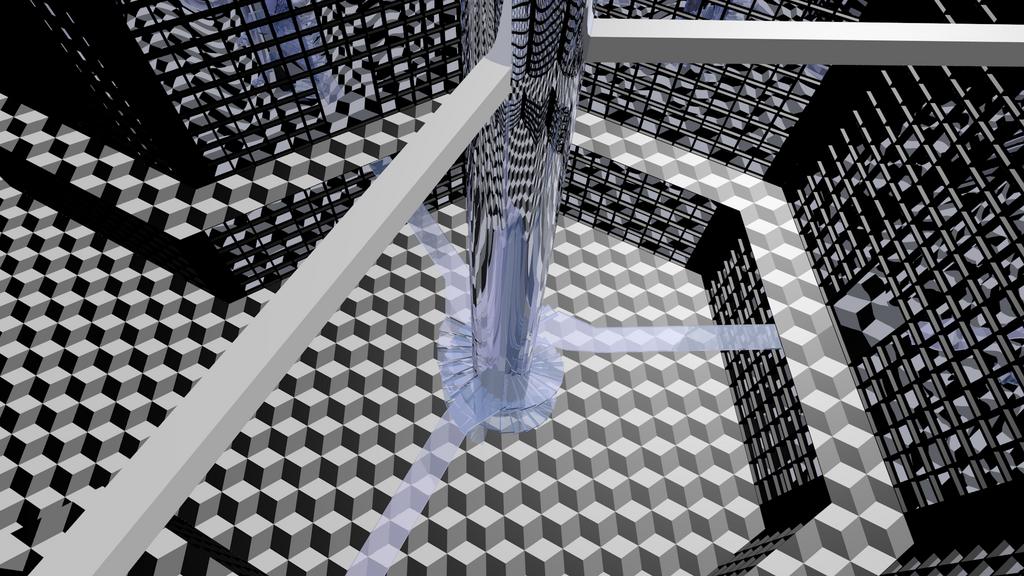 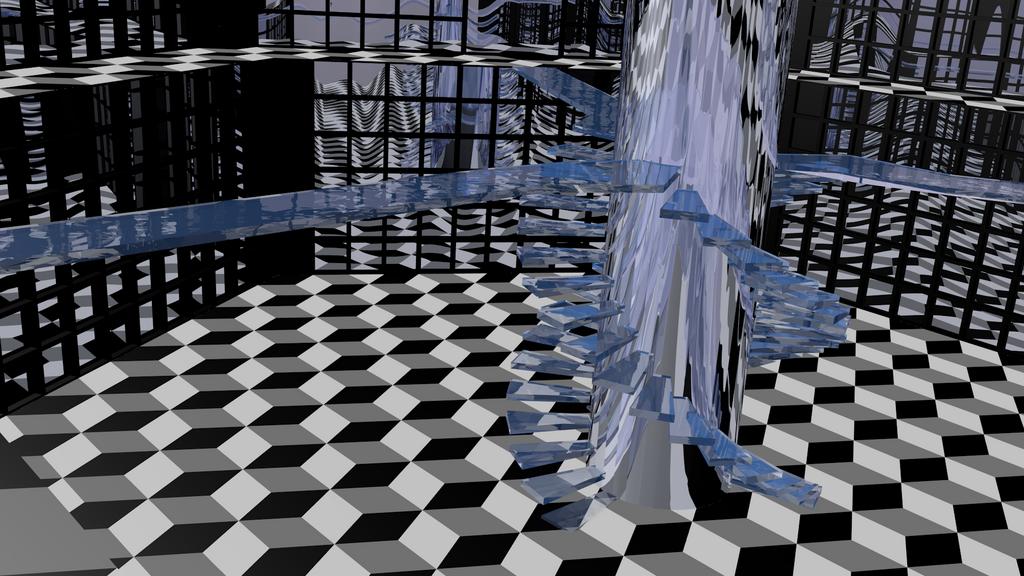 Still working on the stairs and rails. The rails take away from the effect some how or are they not completed yet?
btw is this a palace, house of mirrors or just an abstract piece of architecture?