I have a material for an object. It’s made up of two textures: A semi-completed diffuse PNG made in Photoshop and an empty Blender-created transparent texture for which I want to paint on to add details. This empty texture will be exported to Photoshop as a new layer on top of existing layers of the diffuse texture.

In order to show the ‘final’ ‘mixed’ material as I’m painting, I need to enable Material Viewport Shading.

The problem is, the painted strokes have pixelated edges as seen below: The strokes appear perfectly smooth in Rendered shading mode, but I can’t use this mode due to the inherent lag when painting. Solid and Texture shading also show perfectly smooth strokes, but I can’t use these modes because the ‘final’ ‘mixed’ material is not shown and only the texture I’m painting on is displayed, which of course is the transparent texture I’m painting on (appears as white on the object).

Have the image alpha as the factor for the texture mixing 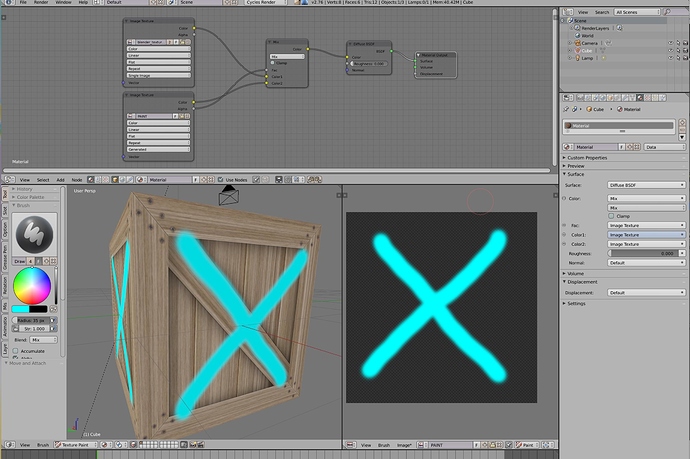 That did it. Thanks.

Apologies for not explaining the second problem stated in the title, not attaching a blender test file, or attaching an image showing the Node Editor (would’ve been more obvious), but I ended up sending the thread in a little prematurely, being in a bit of a rush.

As for the other problem stated in the title, I get this when painting quickly. It should be curves and not straight lines and it’s as if Blender is having trouble keeping up with the position of the mouse or pen: 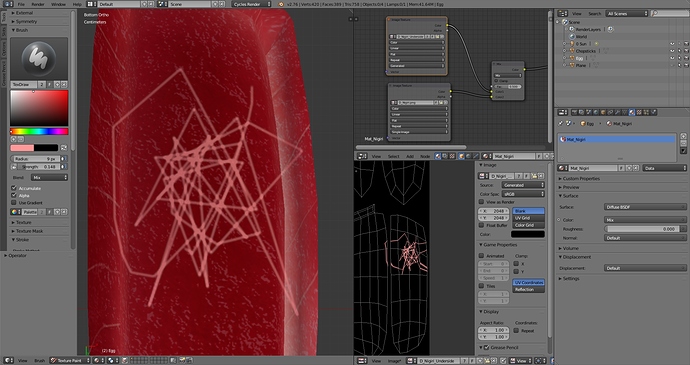 Is there any way to fix this other than painting underneath some performance-defined speed limit?