Hi all
here are some of my rendering with
tools blender 2.79 with cycles render
sample 250 render cpu ,time less than 1 hour
compositing in blender 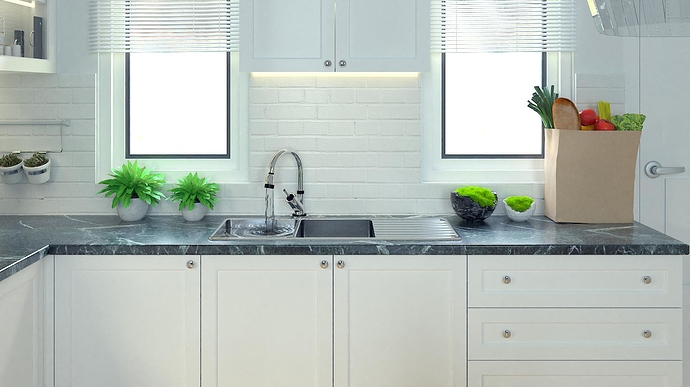 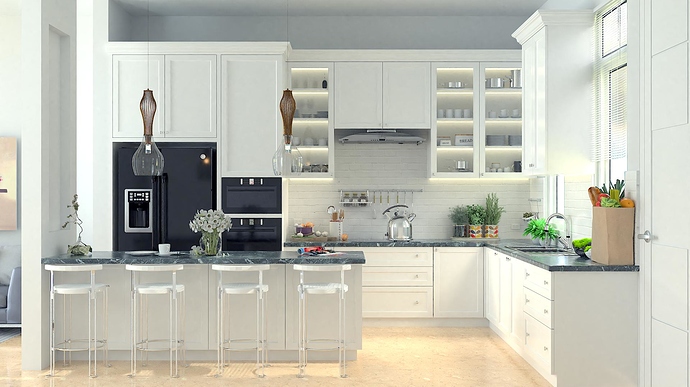 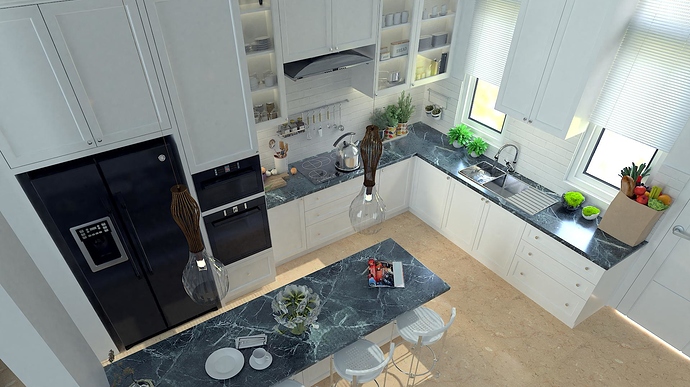 Wow, I’m impressed by this 360degrre view, how did you do that? I don’t have any critique for you, because in my opinion this is a perfect render, amazing lightning and materials. Maybe just the water in the kitchen sink looks weird, but it doesn’t make me change my opinion.

Rad modeling. Main thing is it feels too perfect. If you’re going for photo-real, it needs a bit of dust, variation in the paint, and a general layer of (very light) grunge. I am rubbish at all of that though, so don’t ask me how.
Might also want just a touch of SSS on the countertops. Granite diffuses light a bit. It feels a bit too hard and painted on right now.

So bright and colorful, smart and clean, it’s odd that you’d leave the water running in this sort of shot, but I didn’t notice until it was pointed out. 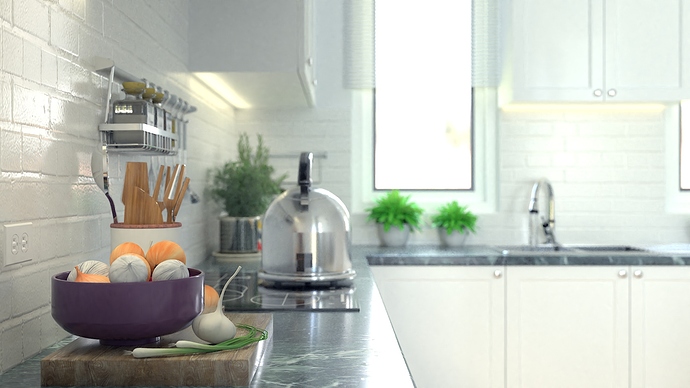 thank you for your advice and criticism

The render is very nice but I would have changed a few things. first the island seats looked like glass at first glance. I would change the color a bit. Next My attention went strait to the refrigerator and I didn’t even see this plants and food. Change the refrigerator to a silver look. Nest I would get rid of the water from the faucet because it looks like its overflowing and noon is attending it. Lastly, the onions look way to diffuse, but over all it still looks nice. Good work.

Not bad at all but there are some areas you need to improve.
“sort of a disclaimer”: If I can judge it means it’s worth talking about, take it as a positive feedback.

Overall criticism:
Too many “things” in the scene, and they don’t work very well together - mixing furniture and light fixtures is hard, It makes sense you won’t hit the spot perfect that easily…

image 2:
There’s too much light(look at the floor, have you ever seen such bright floor in real life?), overall there are almost no dark areas in this photo and that never happens in real life.
what am I supposed to look at? what are you trying to show me? what’s the point of the image?
If it’s a day scene use the light from outside and add some subtle extra light inside, don’t just add light to make everything bright.
remember that light coming out of the scene “reminds” me that theres a world around this room, it gives the image a sense there’s more than what I see, environment is important - same goes for shadows coming from objects the camera can’t see(like from behind).

If it’s a night scene use the light sources and the lighted areas to highlight important areas of the kitchen.
you can use light as a way to focus my eyes on something.

Depth of field image:
textures are in the wrong scale, and the bump size is way too big.
notice the electric plug, it’s sitting there unrelated to the rest of the scene like it’s a low poly game

You have good basic skills, but to take you to the next level I think you should try modeling some real images - find a good image you like and build the same scene in blender, you will learn to pay attention to details…
Modeling from an image is like an unwritten tutorial from a pro photographer and designer…

thanks for the advice, I will repeat in the next rendering