We have a scene which has has instances that have been generated via Geometry Nodes.

I would like to be able to pass a variable, from the node tree, through to the material. This variable is generated via the node tree and sets a value on a per-object basis.

If i were to do this via duplicollection, I could add the custom variable to the empty, and in the material, grab that variable using an attribute node in the material editor and set the type to instancer.

With Geometry nodes, no options seem to work, I have tried the Store Named Attribute node, which does work with the spreedsheet, but doesnt work with any combination in the attribute node in the material editor, I have tried outputting it as a different output variable.

I am unable to realise instances, due to the complexity of the scene. This is also not a random number that I am setting but a specific number on a per instance basis.

Does anyone have any idea on how to accomplish this? 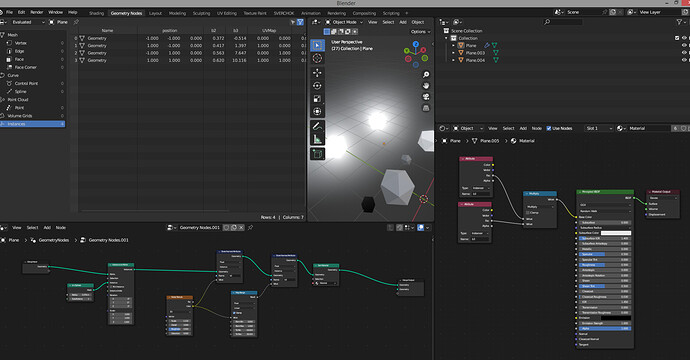