paying for feature to be integrated in Blender

how difficult would be to pay for features to be integrated in blender?
we can post a list with features/tools that a group of people would like to see integrated in blender. than once the list is finalized we post the project and see how much will cost. then start raising the money and have the developers finalize the coding.
for example, i’m an architect and i love several features to be integrated in blender (or a version of blender, let’s call it BlenderA, that will be a distro with specific arch tools). so we have a discussion here and define what tools we need. (more snapping, measurement, relative operations, booleans, printing, etc.) and we put up the project. then the coders will ask for an amount of money. we start raising the money and once that is done or 90% done we can pay the coders to do their job. i think is a good way to complement the blender development.

simply no. If that were to happen It should be a single disto but in prefs to turn on “arch” mode for example!

mzungu, now that is not a bad idea.

I have to say that this sort of thing has been tried before… “bounty for a feature” is not something new, sadly it hasn’t really taken off so far.

There already is an effort of this kind under way to bring NURBS up to something modern and more useful than what they are now.
http://blenderartists.org/forum/showthread.php?t=131557
It is very serious, very well done but it is still quite experimental.

There could be another project, for architects this time.
http://wiki.blender.org/index.php/BlenderDev/BlenderArchiProject
this one is sure to get the avail of the foundation.

Let’s watch these two evolve and then we should get a better idea of what’s possible and how it should be done.

A prediction: the hardest part will never be to get the money but to find competent developers, even just one.

donation pledge feature = is good. and we’ll have a meter showing how much is still needed. similar to what blender did.

A prediction: the hardest part will never be to get the money but to find competent developers, even just one.

I agree that this is our most limited resource, esp for the “non-sexy” bits like NURBS. However, it might be something (just as important as donating $) for us to help get the word out to those places near us that might have such resources available.

How many have a college or uni in their town/community? How many visit or are a part of an online community frequented by programmers? How many have friends/family/acquaintances with such skills? There will be much value in blenderheads “going the extra mile” to put the word out about Blender and the opportunities available for code contribution.

If you want to get it developed, but don’t want to have to fork out a fortune to a professional software development company, then post the idea on something like http://www.getafreelancer.com/ 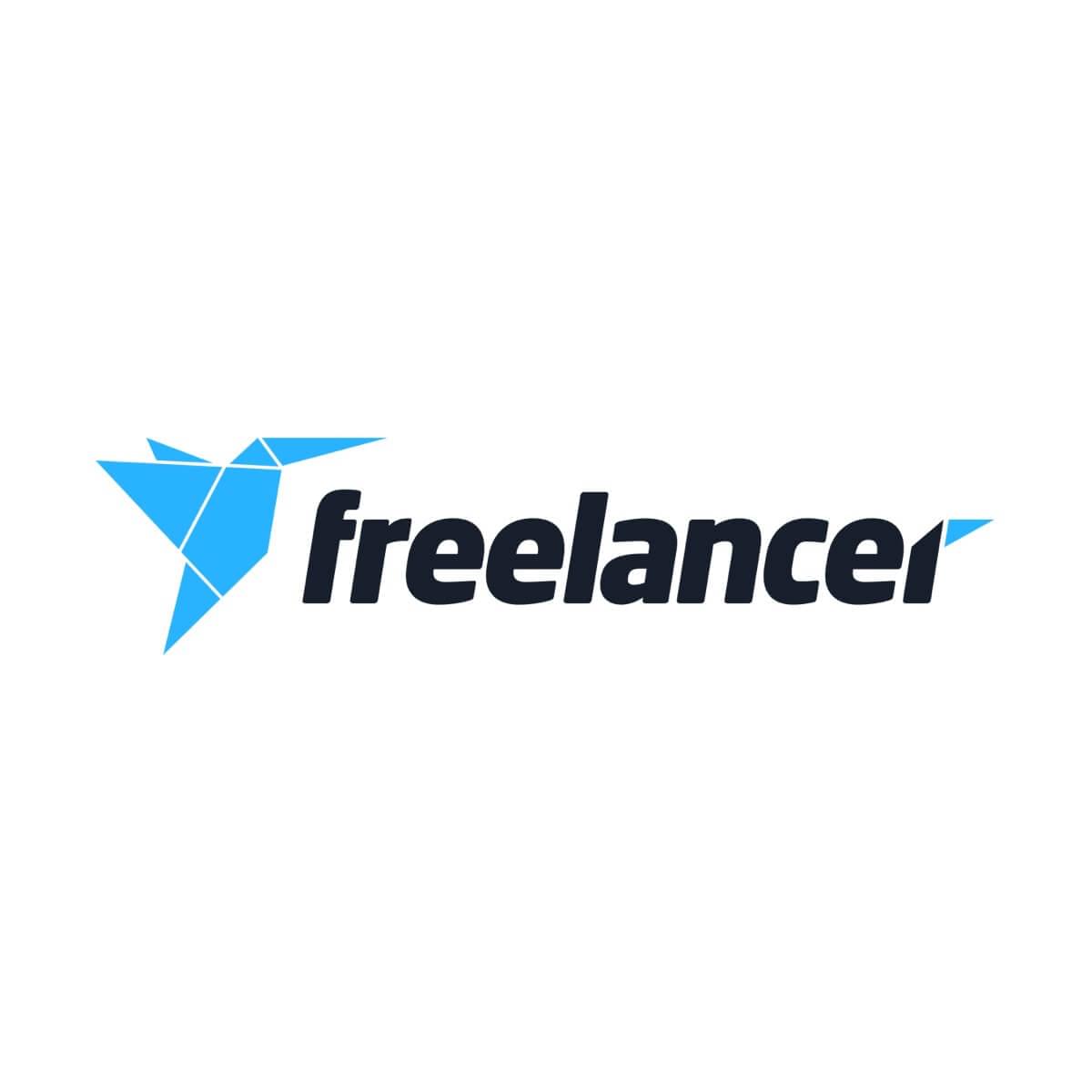 The world's largest freelancing and crowdsourcing marketplace where you can get literally anything you can think of done. Post your project for free.

There, you can post your job idea, and the self employed programmers try to outbid each other for the job (bringing the price lower and lower). If you put in the job description that you “don’t require anyone with actual industrial experience” (that way proficient University/College students can bid for it), but rather “someone with sharp C skills”, “elegant code writing ability” and with “previous experience of Blender a bonus” - I’m 100% sure you could get some of these features added for £100 - £300.

@ alienkid10 :
the “become a C programmer” argument: I’d rather work at my day job, where I am actually competent and enjoy myself, and put that money to good use for development, if we find a productive way to do it.

The reason that makes it hard to find the right developer is that it has to be someone who knows the Blender code base: that can take some time and no one want to pay a newcomer just to learn that ; the newcomer may not want to invest much time in it out of pocket either.
I don’t know how much easier version 2.5x+ will make it though. Can someone in the know tell me if it will allow competent coders to jump right in Blender development or almost?

yes i’m familiar with these freelance web sites. i just thought that posting it here will make two things:

well if you could get some corporate sponsorship:
as in architectural firms that would like to save money long term by saving costs on software & updates.
Maybe start canvassing some companies.
there is a lot of interest in cad tools for Blender.
It would be great to see someone mange this properly.
If I remember right, Migius was one person interested in coding this type of work.

he did the great dxf importer, right?

yes, he did & continues his work also with the Collada Script.

That much money probably wont buy you much development time to be perfectly honest. It might be enough to implement a very trivial feature or fix a small list of simple bugs that dont require a lot of research to spot (ie: simple buffer overflows or dereferencing an uninitialized pointer). However that presupposes the the developer already knows the blender source code to begin with (expertise you probably wont find on that site).

Not trying to be a downer, just think people should be realistic about this.

i know that much money won’t get a lot, but at least we need a headstart to explore avenues and have some estimates. as any project in this universe, this one will have ups and downs. as long as we stay on top of things, we’ll be fine. one thing that i thought is that already people develop features, why not developing “on request” for a fee.

I agree that this is our most limited resource, esp for the “non-sexy” bits like NURBS.

come on man, NURBS ARE sexy. dont talk about my wife like that. youve just had bad experiences i bet.

I’ll see if I can add something like that in the near future. Make sure you add an item to blenderstorm.org itself, if you haven’t already.

If you were to pay for a good sized addition to be added to blender would you feel you should get some special priveledges? i.e. maybe when you make an issue out of another feature do you think your issue should be taken into concern prior to anyone elses? or maybe you just want your feature implemented in your own special form of blender.
It’s a bit different when dev’s spend their money implementing thier ideas into a program they want to make succeed. At that point all users are customers with, pretty much, equal footing when it comes to complaints, bugs, or anything else thye may want to come up with . When private investors, who have no direct input on the code, start throwing money for specialized features around then that equal footing is lost. I’m not sure about you, but everyone else that pays for something expects it to work and to continue to keep working. Well what happens during then next release of blender if that feature you paid for stops working? Now you take dev time away from fixing the other issues that arise because they have to get to your issue first because you paid and noone else did. What happens when the time for those fixes is spent working on a feature say only you need? What happens if you ever need tech support? What happens when you want to make another change.
If private parties start paying cash money for features soon everyone will. There’s no way to ensure an open source program stays its course and becomes what it can be when the people calling the shots allow people with no idea as to what actaully needs to be done to call the shots. How many times have you thought your boss has no idea how to do your job right? I do it numerous times a day. When you start paying…you become the boss.
That’s one of the benefits to open source endeavors. If they remain free to the public, the only people really calling the shots are the ones who have vested interest (those coding it) in the program. Generally speaking, those individuals usually have the clearest sites when it comes to visualizing the end result for the program. And the program stays free!! lol.
Unfortunately its also one of the downfalls. If noones paying for then you have to realy on the community for tech support, private users coding thier own workarounds to issues that may already be in a resolution phase, numerous versions of the same software floating around with no real cohesive unity besides the official releases. Not sure but last I checked there are a number of different blender releases out that I would have to go to to get different things that aren’t included in the official release for whatever reasons.
Anyway, this has all been a jumbled mess because im mulittasking right now lol, but the story remains the same. Put in your votes for features if they allow it…but lets all try to keep a free program free. If you want to donate fine, but there’s a differnece between donations and money for specific features.

All or none of this may be true in regards to blender, but I’m sure there are enough programs you can point out that would show this can and does happen. I know I’ll be a bit more than upset the day blender comes with a chargeable fee like the rest. Let’s leave the funding to those that are either capable of making those decisions or those that are willing to take the fall with the app if thier money child doesn’t make it to where they want it. Not saying your feature would be the death of blender…but do you really want to take the chance that your paid for addition might be the end of blender? Make your suggestions, there are people/oprganizations that do nothing more than gamble their money on up and coming ideas, everyones got a roll in blenders developement because it IS open source…just ensure you know where your roll ends and someone else’s (possibly more experienced more financially backed) roll begins. Otherwise one day ton may be in linus’ shoes saying there isn’t a really effective way of training someone to become a major blender coder