My first “large” project for the year is going to be Pegasus and Bellerophon. I’m trying to work on some “larger” pieces and push my work more into “fantasy”, a subject I’ve been wanting to do for a long time, but didn’t feel capable of it. I still need some work on my techniques, but beginning to feel comfortable enough with my abilities to think I could start pulling this type of stuff off.

This first project is one of a series I plan to do based on Greek Mythology. Bellerophon got Pegasus to fight a chimera and some other monsters before trying to fly to Mount Olympus. To prevent that from happening, Zeus sent a gadfly to sting Pegasus. The horse, after being startled, bucked off Bellerophon, who fell back to the earth and was crippled for the rest of his life. The shot I’m working on will be the moment just after Pegasus bucked off Bellerophon and he started to fall back to earth.

Right now, I’m still in the concept stage, working on the initial sculpts for the two main characters for the image. This first few images is working on Pegasus. I can already see a few flaws that I need to work on, but will consider feedback as well. Haven’t done detail work on the wings yet, I know I need to fix the angle of the hooves, work on the back hooves, work on the back part of the legs where the “heel” area is, and fix the tail so that it is in the correct position. When I added the wings, a few things got messed up with the body and in the process of fixing them, the tail got messed up. Haven’t added the mane or details on the tail yet because I was trying to get the wings blocked in first.

Eventually, this will be retopologized and rigged for posing and texturing (including particle systems). 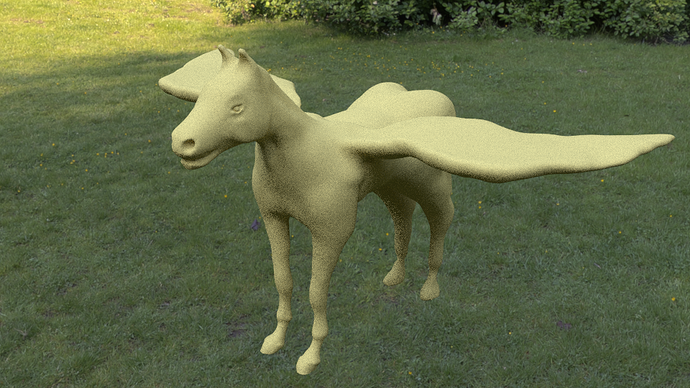 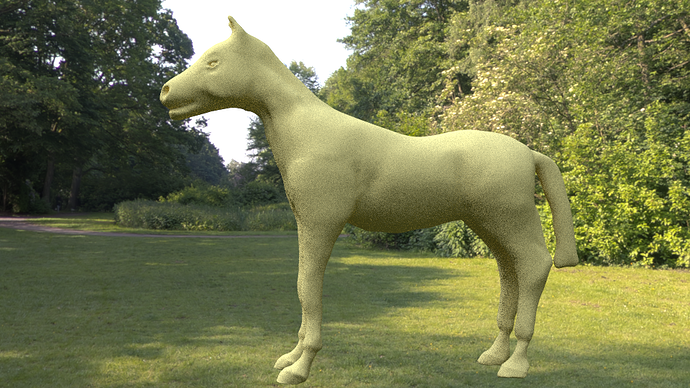 Love that Greek myth! How picky would you like on the horse anatomy over what you have mentioned there are a few bits that pop out at me having horses myself if you are going for a horse with nice athletic confirmation, are you using references I can try and find the anatomy links I used for my horse model if you like. Let me know I didn’t want to go into detail if you are going for a more stylised look! Looking forward to watching this thread unfold

I did use a few images I found for reference (though I didn’t strictly adhere to them). I guess I’m going partly stylized, though trying to get at least most of the major muscles. One area I haven’t been able to find good references on is the hoof area. Half of the ones that I find are in grass (making it harder to see exactly how they look, especially where they meet the ground, or are front, side, or bottom view where you can kind of make out the right shapes. But the one area, in particular, that I’m having the most trouble finding good references is the back of the leg/hoof area. When the pick up the hoof, the camera is usually at a good angle to see what the “bottom” of the foot looks like, but not the back tendon/ankle area.

The references I’m working from (primarily) are Arabian, but I have looked at a few others as well.

Really, though, I plan to add a bit more detail, particularly after retopologizing, which is one reason I wasn’t too worried about some of the detailing at this stage.

I grabbed these they are all mine so no copyright worries and you can do whatever you like with them if they are of use.

The model I created quite strictly from detailed anatomy drawings so I’m fairly certain the proportions are correct as an orthographic reference, the bits that popped out at me from yours are the back end all looks to low and the bum does not dip in like that on the top that I have seen, you get a big variance in foals as they grow between front and back height but in adult horses there is obviously variance but I’ve not seen one that low at the back. The bottom of the back leg looks to narrow when compared to the rest of the leg, they will have variation in bone density but that would be thicker or thinner in proportion to the rest of the leg. The neck doesn’t tuck in like that at the top there’s a big muscle there that will pop out if anything. The mouth does not come that far back I think and the eyes are more looking to the side as they are prey animals not predators I’d expect to see that type of eye on a predator as you have it.

Hope that helps! I’ve included some hoof and leg shots of some of my horses pictures over the years and some hopefuly useful head side shots and body shots for reference. Loads of people take pictures of horses with wide angle lenses and the look weird that might be whats happened with your reference I’d work with the view port at 85mm to get a better perspective that’s around what I use to shoot that type of shot in real life. 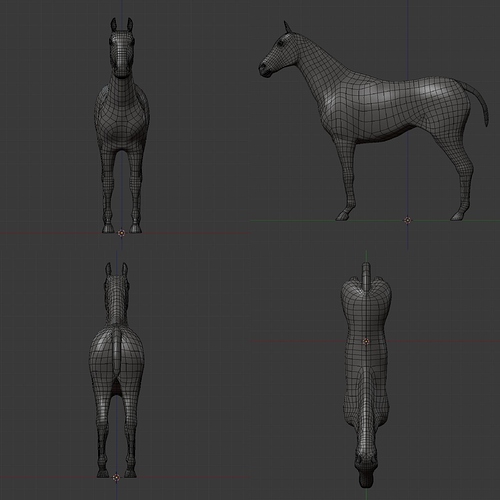 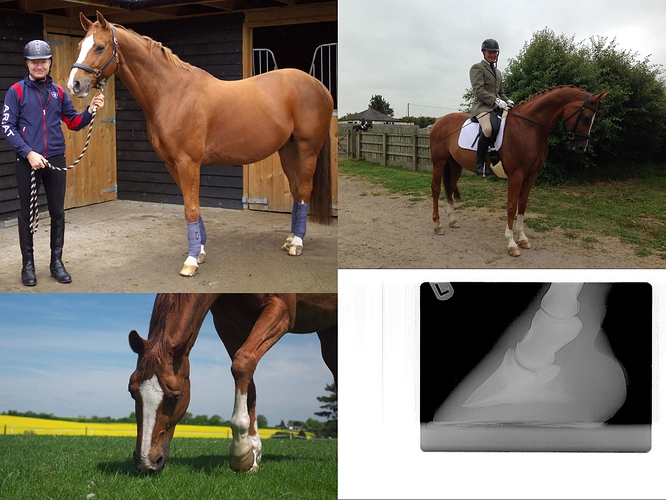 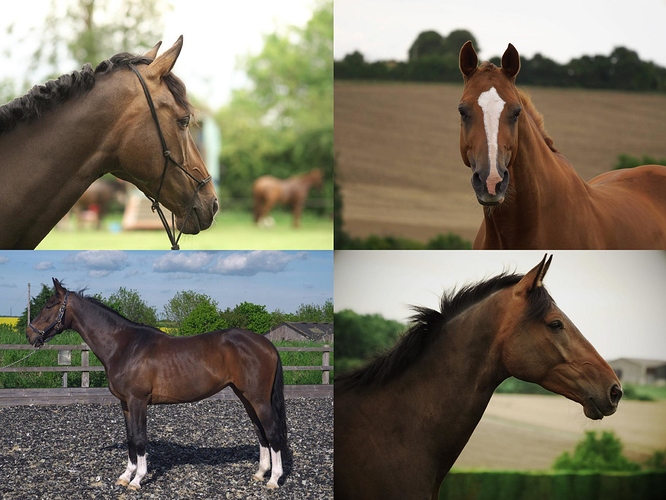 Seems it’s been a while since I updated this thread

Didn’t get anywhere near as done with this as I had intended, in large part because I didn’t spend as much time working on it as I intended. I have made some progress though.

After I had posted this one, I had gone through and added some wings, but noticed how off I was on some areas after I added them and also realized that I messed up some of the body because I forgot to mask it. Fortunately, I had saved the base horse before I added the wings (and saved to a separate file), so I was able to go back to the horse and fixed a few things. Primarily, I made the legs fit the size of the horse a little better and adjusted a few angles on them. I also made the tail look a bit more like a tail. Then, after I had fixed the few things on the main body, I blocked in the wings (remembering to mask the body this time to preserve it).

I still need to do the detail work on the wings, tail, and mane, but it is coming along. The tail and mane I had originally thought to not worry about, since I was going to retopologize this later anyway and do them as a particle system, but I realized that, for the sculpt at least, I could use the mane and tail for a version that could be printed, so I will add them in the sculpt. I haven’t added them yet because they are more “asymmetrical” and I’m working with mirroring on the body at the moment.

I also changed up the material slightly to better show off some of the details and to keep the images from “blowing out” on the highlights. This isn’t the material I’ll used to “show off” the sculpt once I finish it… Kent Trammell’s Shader Forge tutorial on a marble texture sparked an idea for that – perfect for this “classical” theme

You know, Umii… Now that I’m looking at your references there… I can’t help but wonder if I overcorrected on the hooves

I was looking at it and thought that the angle looked too sharp for that last leg segment where it goes to the hooves, but now that I’m seeing your references, I may have had it more correct than I thought

It looks weird from an intellectual standpoint, but apparently really was physically accurate

So… Just realized I haven’t really worked on this project in nearly 4 months… But it hasn’t really left my mind. I’m going to get in an finish the sculpt here on Pegasus and start Bellerophon in the next few weeks and hope to have it finished by the end of the summer.

One thing I do plan on doing next month is some “gestural” sculpts exploring various poses for some possible images, and Pegasus and Bellerophon are at the top of the list of the characters that I want to work on with those pose explorations. I’m hoping to at least work out the basics for the eventual poses for the two character, though I do plan on finishing Pegasus and doing a Bellerophon sculpt and retopo for both into clean meshes before rigging and posing. The sculpts I’m talking about doing next month are explorations of the poses I want to use so that I have an idea of what I want to work towards as I get to the rigging, posing, and framing stages.

Rest assured that, though not worked on in some time, this project is not forgotten or abandoned!