About a week ago, to get mind of my work thought to blend just something quick for a moment, a pencil or something. Well, pencil looked nice, thought tho that it’s boring without background, and could make a whole punch of them…
One thing led to another, looked how to make mountain for background or something, and so on and so fort, anyway time consumed way more than planned, but found the result rather amusing so thought to share

So here’s the answer what somewhere, sometime might wake if all of us just keep losing those pens all the time 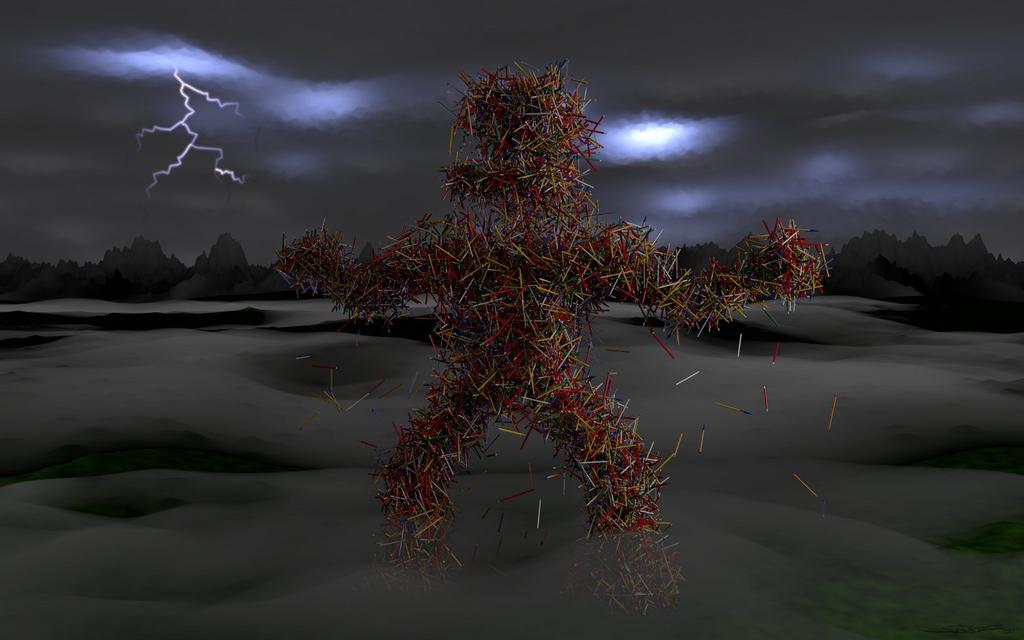 i really like it, very creative. but, i don’t like the render.
you could improve it making a better ilumination, and, also, try to be more soften in the fog, it’s strange.
well, a more experienced person could help you

but, great job with the golem, have you made it by hand? or using any feature in blender?
thanks

Thanks for the input, rosinho12

I guess I have to agree with you about the illumination now when I look it again. It’s bit funny actually. I think the light on the golem looks decent when you look it in resolution where the single pens/pencils are clear…but as a whole… it might be that as the pens come with so many colors the result becomes bit gray, and for that reason it gets mixed with the background. Not sure what I could do for that tho. (Always happy to hear any suggestions from any direction)

With the mist I tinkered pretty long. The one in the far back looks more or less as eerie as I intended, but the front one is bit fakish. Might Be I should try an actual smoke sim for that, just afraid of the render time

For the golem I made a really rough base form (mesh of bit over 400 vertex).
Then used two particle systems, first to fill it with random oriented pens/pencils (11k of them) the second had few hundred which fall from the base mess, to make those loose ones.

Pens/pencils I think there were 8 different, which I combined as the group to use for those particle systems.

yeah, what i wanted to say about the fog, is that it’s material could be more worked, and, i really liked the idea, you could do a scene for him, for exemple: the gollem atacking a city, understand? i think i would love it.
and, for the lightning i don’t know exactly what you should change, i’m not very good at that, so, critic my scene lightning too for revenge ok? hahaha, kidding, but, if you could, post the scene layout, pherraps me or somebody else could help.

No problem. Attached here a screenshot of the light setup, hopefully it clears it up.

The spotlights are bluish, rest more or less white. That one point in the up left doesn’t reach the golem itself, just highlights part of the background.

Some other, action setup for the golem might be fun at some point too, must give it a thought 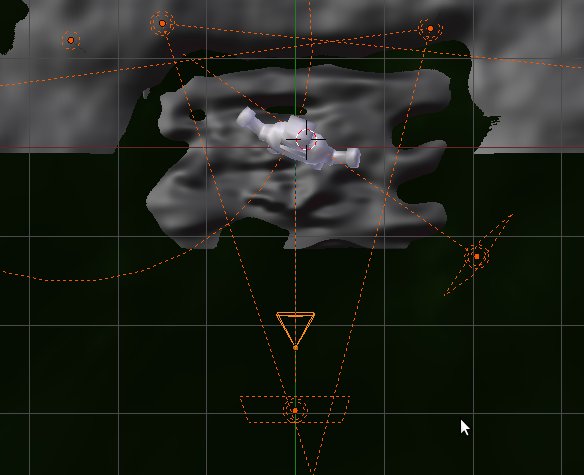 well, i’l be sincere to you, i’m not good at ilumination, but, in my opinion, you should duplicate the area light and iluminate the left side of the gollem, but, decrase the intensity. maybe, if you render it and notice too much brightness, decrase the intensity of the 2 spot lights. other than that, the only thing i could say it’s: “try, try, try try, and, be patience.”

*sorry, my english is not very good :S