I’ve recently written an addon that may be useful to those of you using Blender’s camera tracker for VFX, or those interested in photogrammetry.

I’ve been attempting to reconstruct sparse, low resolution images where a normal automated pipeline fails. The usual fix is to take more photos but I’m unable to do so and must work with what I have. This is where Blender’s motion tracker can be used to create manual feature matches and sparse 3d reconstruction to be used by a dense reconstruction software such as COLMAP or PMVS.

After reconstruction, the point cloud is imported directly into Blender. This allows you to position objects accurately within your scene using the tens or hundreds of thousands of new points. You could also use Meshlab to generate a mesh and associated texture from the point cloud and then import this into Blender. This would give you textured geometry that can be reflected or simulated in your VFX shot with minimal effort!

Thanks… looks interesting…will get back for comments when I give it a try…good show presenting this.

Thks Congratulations for this big job! Very interesting…I need use it soon!

Is it possible to use it with meshroom?

Not currently, but I can take a look at the file format to see whether I can generate the cameras.sfm and any other related files.

PG has been a pain with current tools !

you say that a vid imported in blender can create a volume ???
( XD am taunting you but… this looks like an awesome idea and i love it ! )

definetely following this thread !
and i’ll try it ASAP !!!

Thanks for this… amazing… nah… awesome… nah… deitic tool !!

Addon source updated to support NVM import and export. This allows usage with VisualSfM and openMVS which are not included in the addon.

Once a couple more formats are added, I’ll make another release.

Thank you very much. I was waiting for something like this.

Saw the addon in blendernation, you added suppot for meshroom, yes!!!

edit: Wait ¿It’s the same addon?
edit2: no it isn’t! the blendernation one is just an importer, well, I checked your github and I see meshroom is implemented too, so i’m happy xD

Yes it seems a couple of us released very similar addons about the same time. I wasn’t aware of Sebastian’s until after I’d released mine.

We’ve approached it from slightly different perspectives though. This addon originated due to existing structure-from-motion solutions failing to reconstruct low-res, sparse images but I still wanted to use MVS dense reconstruction. I also had a collection of ImageModeller RZI files that I wanted to process in the same way. So it became a general import/export tool for various SfM and MVS pipelines, thus having a large overlap with Sebastian’s addon.

Sebastian’s focus appears to be using various SfM software and importing the result into Blender. He has a few more options for particle systems and image planes when importing, whereas I’ve only got basic camera background images.

New update: now includes automated textured meshing stage for COLMAP and openMVS. I haven’t made a release just yet, but the code is in master. openMVS works from the COLMAP dense reconstruction and produces a textured mesh. Poisson and delaunay meshing is using COLMAP but does not include texturing. 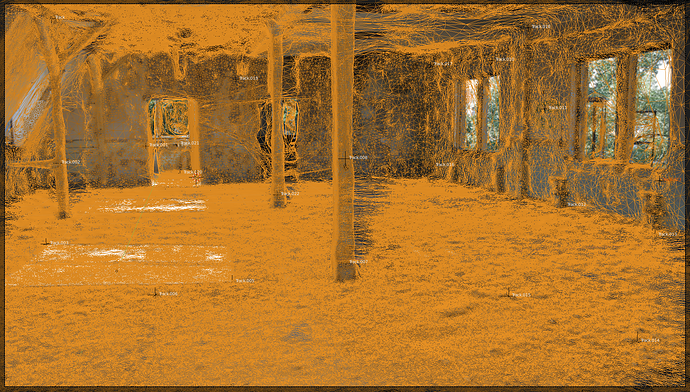 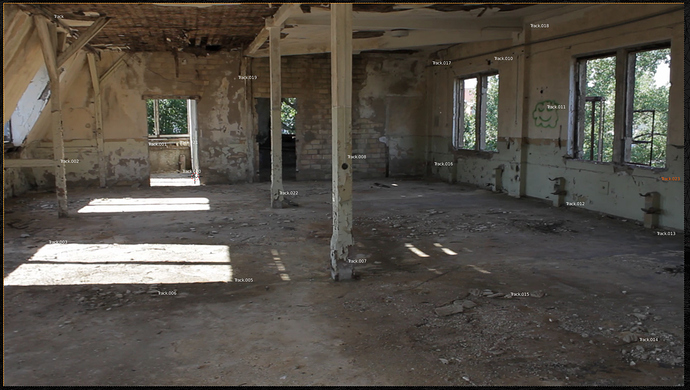 wait. can it do texturing inside blender?

It certainly can! I’ve just been sitting on the release all this time. I’ve been meaning to put together an update video but haven’t got to it yet. Maybe this week I’ll get the release out on GitHub, but you should be able to download a zip of the source code and it should still work for you.

Amazing! and yes please an updated video to show the textured meshing directly inside blender. This seemed like the most complicated part in the previous workflow. I would love to use this workflow for integratng new buildings on an existing site captured in drone video. I’m going to make some tests when work doesn’t get in the way. Thanks for sharing!

Since the addon only uses the photogrammetry software for dense reconstruction, and most of them use CUDA, no I hadn’t thought of progressing a Mac version.

Although since the original release I’ve changed to Linux and whilst I haven’t sorted out a COLMAP version for Linux, I have at least allowed it to export the format for external processing; rather than disabling it entirely. Could do something similar on Mac I suppose… (and I use Mac’s at work so it’s easy to test).

mega late to this thread … @bigstu80, this is awesome! the results look amazing…

I guess it begs the question…does Blender forsee having a full fledged Photogrammetry workspace in the near future? Not to discredit the amazing job you’ve already done in any way with your ad-on here, but knowing how much asset work is done these days stemming from photogrammetry both in VFX and Games industries, having that in Blender would only strengthen its usability.