Another take on photorealistic render … i think the spiderweb need a lot of tweaking and a bit of material change too. would love some feedback as well 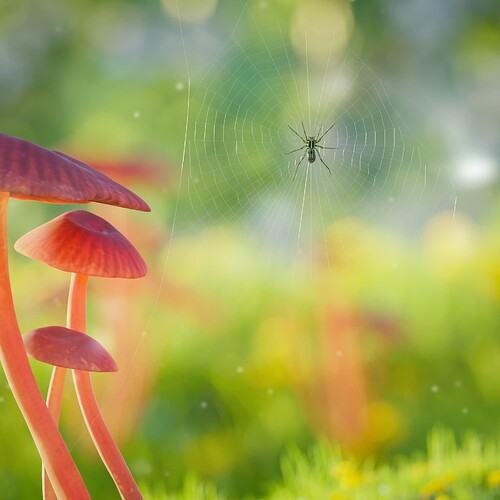 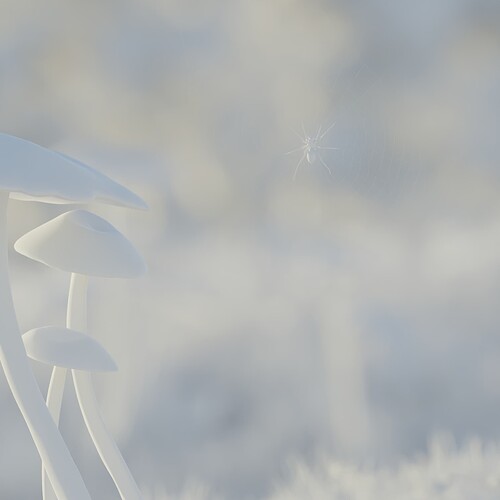 My only comments would be that the spider in the photograph is not an orb weaving spider. Thus, the body proportions, leg lengths and such are incorrect. What you appear to have is some form of wolf spider (Hogna sp.?), and the leg proportions - particularly leg pair 3, are not what you would see in Orb weavers, where leg III is often the shortest pair. Orb weavers also typically sit head down in orb webs.

The web itself is well made, I suspect it’d fool most casual observers. You’ve nailed most basic features such as the outer frame and capture area. Perhaps some “droop” and broken segments here and there would increase realism further, but if it is a new web then they tend to be pretty taught and clean. Throughout the day they get covered in dust, pollen, start to dry out, etc., and are usually remade during the night.

for the net you used edges and the skin modifier, right? 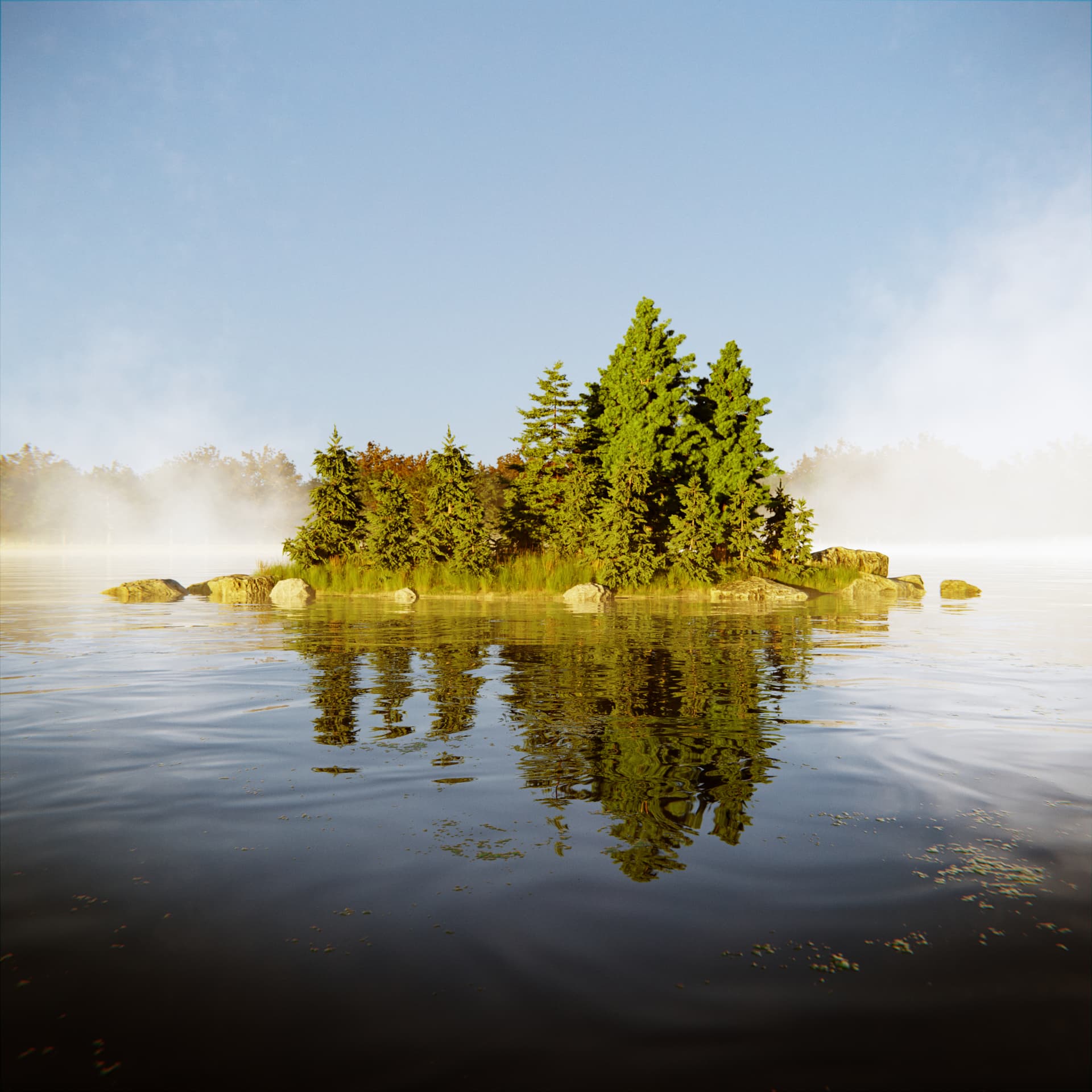