Hey all. Not sure if this should go there or in the rendering forum, but… For a first post I thought I’d ask for input on a specific problem: how to integrate the lights from large cities laying on the dark side of a planetary terminator (as seen from space, of course). See the intro to Men In Black II for a fairly good example. I know how to accomplish this in Max and C4D (via materials, hence the post to this forum), but haven’t yet come upon a good, integrated Blender solution.

The following is an oh-so-cliché earth I cooked up for a client. Using the node compositor and a little trickery with fresnel and the toon diffuse shader I was able to simulate atmosphere on the light side of the the planet. What I’m missing is the (admittedly unrealistic) dark-side lights the client wants. I can do it in After Effects easily enough, but would like to get it done in Blender…just because I’m stubborn, and think that I’m just short of figuring out how.

Thanks! It’s good to be back into Blender, after a number of years on hiatus to other priorities and projects. It’s an almost completely different - and much improved - tool! Diggin’ it. 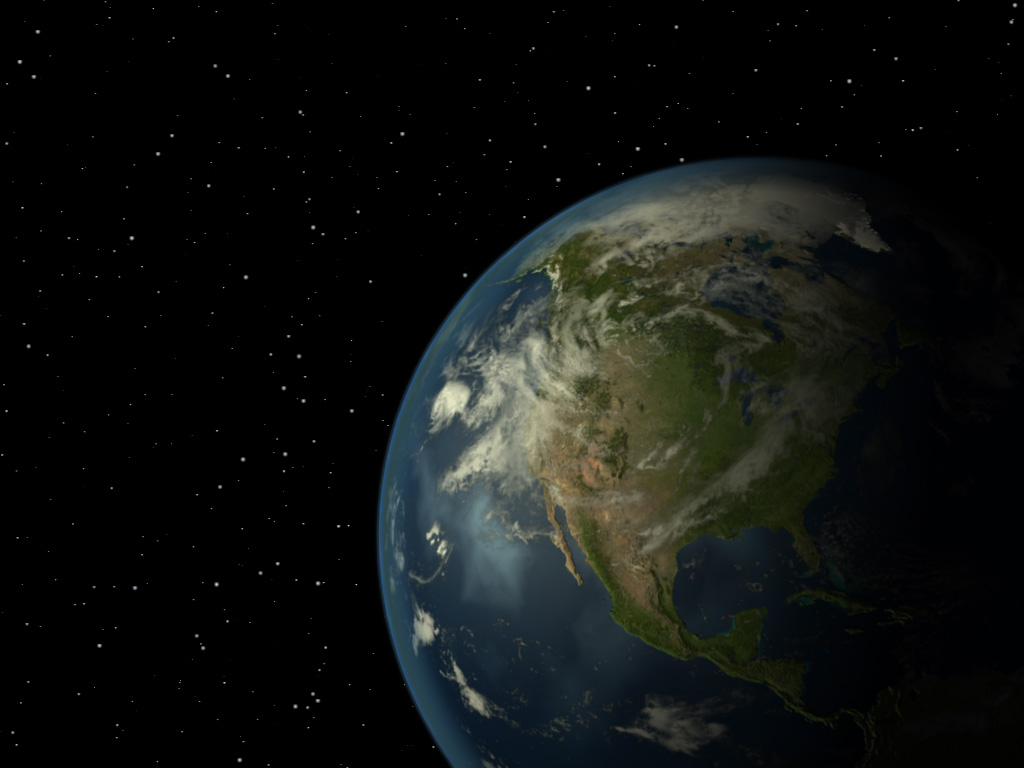 nasa.gov is your friend, as is google. there are lots of images of earth from the nightside, check out “light pollution” it’s actually a form of pollution now, screwing up sea turtles and the like.

Thanks for the input! Much appreciated. …Yup, got some nice high-res night maps from NASA…my issue was/is having the lights show up on the dark side, not on the light side, and transition at the terminator. Like this: Here’s how it’s accomplished in C4D. Similar in Max:

I was curious if anyone had come up with a similar solution in Blender. …But, faking it is all good. Whatever gets the look I want.