My default node that I have now only comes with the following sockets (1) Image, (2) Alpha, and (3) Z. But, I want all the others (Normal, color, diffuse, ect.) so I can do finish up this section of the manual. Thanks. 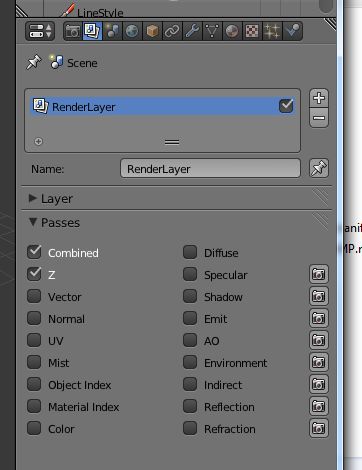 Note that with Cycles render engine those layer and passes options are different
http://www.blenderartists.org/forum/showthread.php?305078-Render-elements-of-a-scene-separately-and-then-combine-them&p=2452953&viewfull=1#post2452953

Thanks, that worked. But, how do you change all other nodes? See these two links below:

Those images are from old Blender. One is from 2007 and another from 2008, there are differences.

It’s not math node in the first image but a color mix node.