Take the edge-split modifier for instance 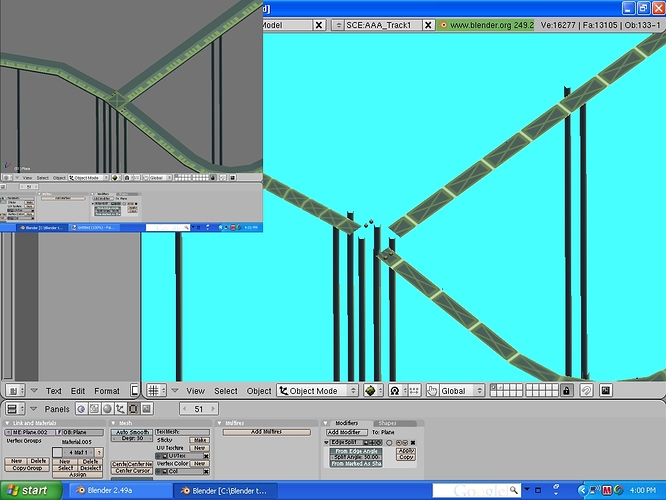 However what you see in the rest of the screen shows what happens in-game, it gets messed up.

Download the .blend in the WIP forum and see for yourself when using the edge-split modifier. The only way otherwise to get the sharp edges is to apply the modifier, but I do know it’s easier to work when you can just have the modifier in the stack.

This is an old game and I think it may be a problem with old games, it also messed up like that when using the subsurf modifier and pretty much any other modifier. Is this a bug that needs to be fixed?

confirmed, happened a lot to me too, i don’t have a clue why it happens though… i asked ben a while back, but he didn’t find anything wrong either scratches head