This was a one day project I made after my friend jokingly suggested I should make a potato, and I decided to take it seriously. I made almost everything in the scene from scratch (including a procedural potato shader!) in less than twelve hours, making it by far my most advanced daily render up to that point. 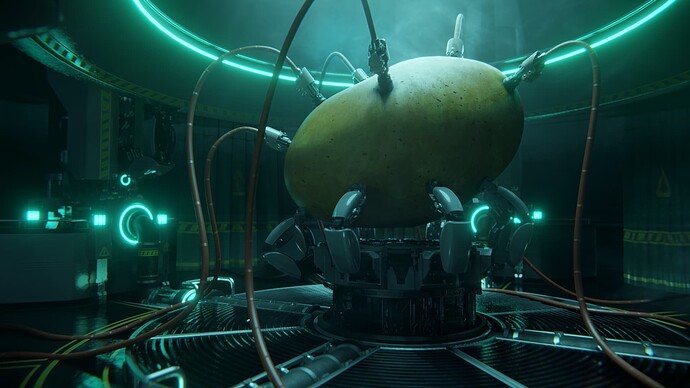