An old scene never finished I’ve rework recently, specially shaders and lighting.
All shaders are my own ones, I’ve used downloaded assets and modeled some.
The purpose was to give a mood, so I’ve made artistic choices that differ a bit from pure realisme.
The scene is strongly inspired by a render name Ahad apartment I’ve seen somewhere.
I was intrigued by the point of view that look like a small focal in an apartment.
I used a 50mm focal, but to have enough place to fit the scene in the screen, the camera is behind the wall, and I’ve use a lightpath to make it invisible for the camera. 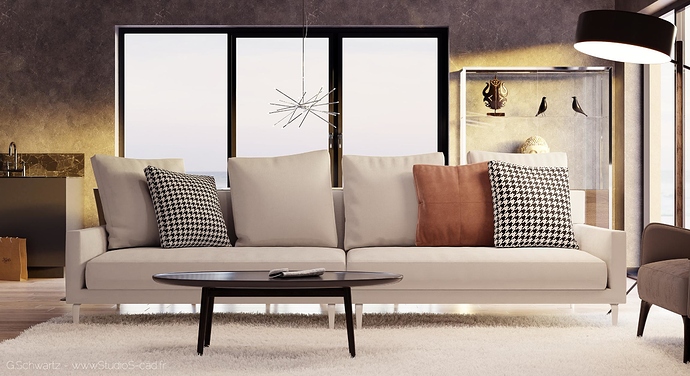