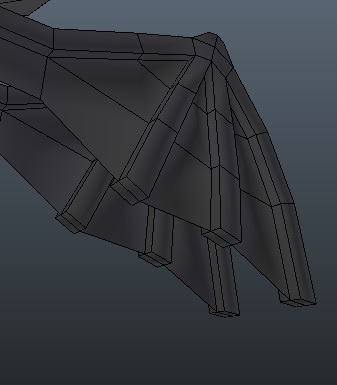 While working on a low poly character, after extruding I created lines connecting 3 different faces. Like the flat faces in the bat wings. If not mistaken this is something to avoid but is it accurate or are there exceptions? Could fix this by adding thickness to the wing flaps or by separating these faces from the wings but this would add extra polygons/vertices to the model. Another example would be the line between the sleeve, cuff & hand/arm. The sleeve and cuff are attached while the hand/arm is a separate part. I could connect them and have a line that spreads 3 ways or leave them as is and have duplicated vertices there. 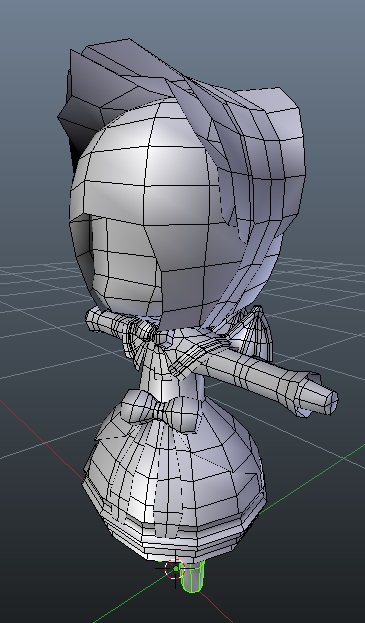 This character is for modeling & animating practice so render-clips will likely be her use. However, at some point I may wish to practice game making on Unity so am also trying to keep Poly/Vertex count in mind while making her to gain proper habits.

You could have the intersecting faces in the wings as seperated parts of the mesh, at least then the rest will remain manifold, and you can avoid extra poligons… but the shading may suffer due to the faces not being connected

As for the other example, rather than duplicate vertices, why not just slightly scale down the arms edge loop so it doesn’t intersect with the sleeves vertices? If you scale it down by 0.995 - 0.999, the difference won’t even be noticable but it will ensure that there are no duplicate vertices.

I’ll correct the wings as I don’t have an actual polygon limit.

As for the sleeve. http://puu.sh/s9Xh6/d501826dcf.gifI gave them no thickness so am unable to connect these two parts without adding it or creating this 3-way line. I could decide not to connect them & shrink the hand’s line to leave a gap for them to not intersect like Jamie suggests but might I have a misconception about low poly models? Recall seeing models without thickness that gave the desired results so am attempting to follow the same theory but would not be against adding more geometry if it’s needed.