Quantum computing for raytracing in the future?

Hi,
Came across this article 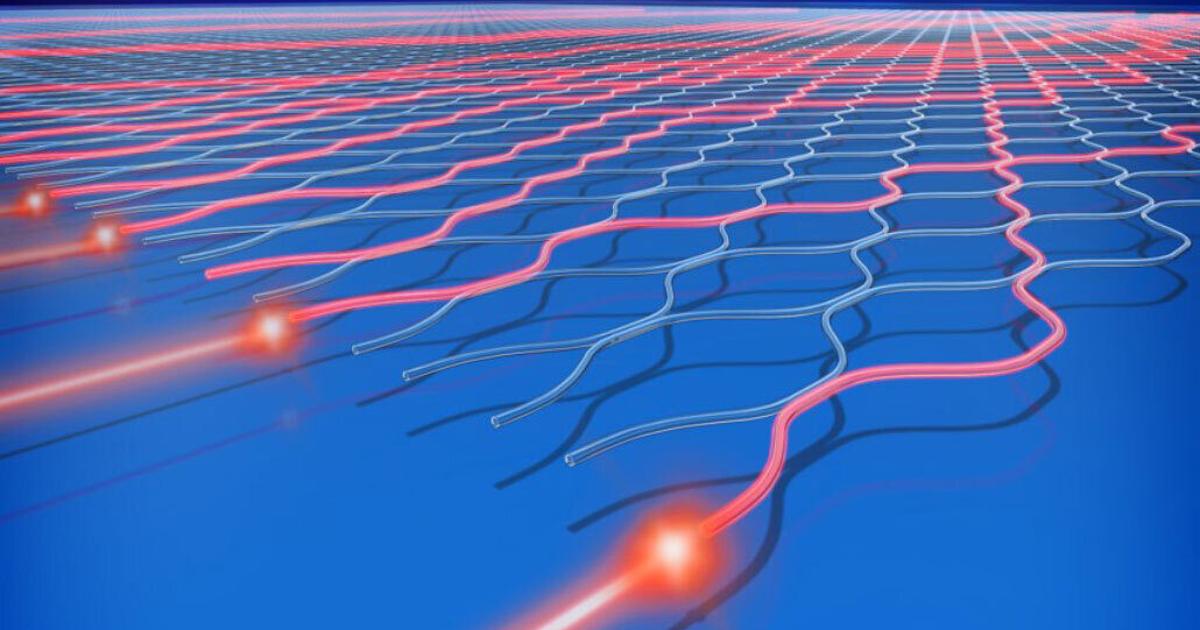 Researchers in China claim to have achieved quantum supremacy, the point where a quantum computer completes a task that would be virtually impossible for a classical computer to perform. The device, named Jiuzhang, reportedly conducted a calculation...

Do you think in 10+ years we will be able to use quantum power via cloud for instance? Or traditional computing will be enough even for growing needs? (realtime 8+K raytracing for VR and stuff…)

Quantum computing could be a game changer for rendering if it allows the ability to simulate multiple light paths simultaneously.

Just to note; A quantum computer, providing it ever gets small enough to be in the form of a standard PC tower, will not just let you load your Windows or Linux programs and run them thousands of times faster.

The current quantum chips require specialized instructions and specialized software, this isn’t going to be like running an x86 app. on an ARM chip.

More than that, they will be near-useless for all but very specific tasks. You won’t want a quantum CPU in your system. Moreover I predict that even if they can get them relatively compact, it will probably be illegal to own one as a private citizen for a good long while before all the world’s current encrypted data has been re-encrypted with something quantum-resistant, or has simply lost its intelligence value, whichever comes later.

Sure, thats why it could be accessible in some cloud form - like render farms, or powerful AI systems now.
If eventually it will be in hands of people, it would be moree like GPU cards - for specialized operations.
…I posted this cause the computed a path of a photon, sounds interesting already.

In the West, a bunch of Urbex-YouTubers come together to explore an ancient ruin, bragging: “We’ve brought the smartest of your generation together”…

there are no known quantum raytracing algorithms. it will be useless for raytracing.

there are no known quantum raytracing algorithms. it will be useless for raytracing.

Isn’t it a bit early to rule out something like that.

Surely a real world quantum phenomenon like the travel, reflection, refraction, diffraction, emission and absorption of photons would be the ideal candidate for simulation using a quantum computer?

Other chance is if speed on hundreds of GHz CPU-s will be discovered then CPU raytracing will be instant.

Isn’t it a bit early to rule out something like that.

Surely a real world quantum phenomenon like the travel, reflection, refraction, diffraction, emission and absorption of photons would be the ideal candidate for simulation using a quantum computer?

well, never say never but it doesn’t look like there will be quantum raytracing anytime soon. there isn’t even an idea for a theoretically possible algorithm so far.

also… this is just another quantum supremacy claim… they will have to prove it first.

all claims so far have turned out to be wrong.

No, no, at least one exists. I distinctly remember reading an article by a guy who wrote one. It was extremely rudimentary of course, but one of its interesting properties was that there was no noise. Pixels either resolved to ground truth or failed entirely.

I’m sorry I can’t give you a link, but it was quite a while ago, and it’s unlikely I’d find it again.

atair’s link only is about supersampling though? but i didn’t have time yet to watch the video. i only read the abstract of the paper.

I only saw the video

Its from one the Arnold programmers. Its not exactly rendering yet, but he talks about that.
And shows some examples with real and simulated qc - which at least for me were the best explanation yet, of what QC actually is / could become.

I’ve thought about this before… The way i would implement it is have your large company like Amazon build their big Quantum computer that is put online for cloud use, have their engineers research actual instructions that actually run on quantum computers, then if they establish some actual instructions that actually work, then you can research whether those instructions could be ordered in such a way as to carry out the ray tracing task you want (or any other possibly useful computing task for that matter) then if so, you build in the instructions into your x86 or ARM instruction set, AND THEN, if your computer uses a quantum instruction, it uses a 5G modem built into the processor to send the instruction/command to the quantum computer in the cloud, and with the minimal possible latency receives the answer and carries on with its instruction stack inside the processor.
This is the only way since quantum computers need liquid helium dilution refrigeration and need to be shielded from the outside world.

In all likelihood, somewhere down the line quantum computers will get more compact and I’m guessing could be packaged in the form of a GPU where it would plug into the PCIx slot on a motherboard. At the rate we’re going I would hope for 15-20 years in the future.

If we get to the point of being able to commercially ship Quantum Processors to consumers, I’d imagine we’d have solved the problems for quantum encryption, and created API’s for easier implementation in programs and games.

Also just because a quantum ray-tracing algorithm hasn’t been written, doesn’t mean it can’t be done.

Lets be real for a minute though, by the time quantum computers are commercialized, our general use CPU’s will theoretically have exponentially more transistors therefore speeding up renders, and allowing for higher render resolutions. We’d have to re-evaluate at that point to see if quantum computers could even provide any benefit over general computing.

Unfortunately from what ive read, Quantum Computers are not computers, its a misconception to call them computers. Even if we had the technology to shrink them down to the size of a desktop PC they would be of no use… The list of specific calculations that they can currently do is tiny. Think of it like an ASIC chip, which can do one task and one task only. Would be of no use trying to use it as a general purpose CPU.

Actually the truth is that quantum computers are terribly slow and inneficient, it can be roughly estimated to have speed at about 200MHz.

That is if you think in terms of earthling time space. Is actually that the exotic nature of quantum bits goes beyond time space and is actually considered “infinitely fast” (eg: a calculation that would take 2.5 billion years in a super computer - is calculated on the fly).

This more or less is the same as going back to 1960 and using punch cards to program computers and receive results (very advanced technology of computers - combined with very primitive engineering to interface with them - such as no DDR - no sdd).

in short, it’s totally different solution to the problem of Image & Illusion… theoretically, when one would understand the quantum emergence of an image one could ‘render & see’ whole story ‘momentarily’ (quantum mechanics opened a whole new ‘universe’ of perception, conception and inception…)

Going a bit off topic but since using Quantum computers to run rendering engines is pretty far out there, what about using our own brains as a template for a computer. A biological computer using neurons grown in a lab? Or perhaps neural link technology will unveil how the brain calculates and we can use that technology to interface with neurons grown in cell cultures using nanowires and machine learning?? heck i don’t know what im talking about but, basically biological computers might be better than quantum computers.