Hey,
My name is Rogério Perdiz and this is my story: 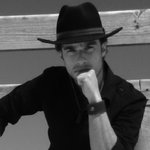 Almost 10 years after starting my Blender freelancing career, I finally have a project for which I have the permission to show it publicly.
It’s a brand new short animation / musical video clip I made for André Santos, the musician behind all the sound work and the Producer of this project.

Without any further delay here it is:

It was rendered with 3 Render engines:
- The scenery uses bakes from Cycles;
- The characters are running in the 3D Viewport GLSL:
- Freestyle lines were added in the end.

Therefore everything runs in real time on the 3D viewport… it’s like Eevee, but using pre-2.8 tools :yes: 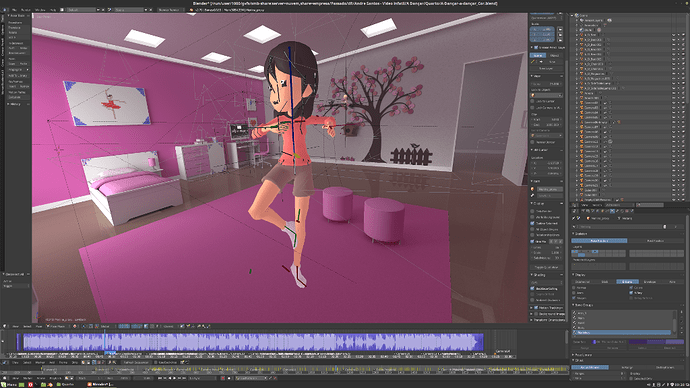 The job:
André composed a children song, “A Dançar” and wanted to present it to public with a video-clip.
He reached us (me and my wife) requesting something graphically simple as long it followed the rhythm of the song. 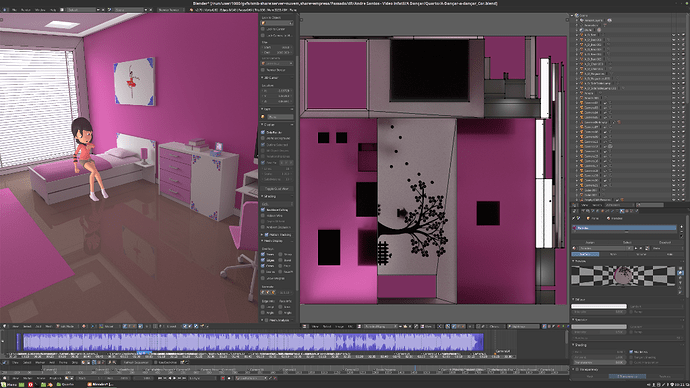 Being used to work for several clients, I know that the most important thing in a job is having the flexibility to change things and, if possible, present them the final result all the time. By my experience non blender heads or CG animators don’t like to see a crapymatic / animatic / minimalist preview graphics, as they go home with the impression that it’s the final result and they have just spent their money in something terrible.
Therefore I often choose this approach. Because André was OK with a bit of less graphic fidelity (compared to Pixar) having everything running in real time ensured that he could come here, ask for modifications and go home with them made

Production:
The production started in January 2017 and ended in early November 2017.
Most of the time was spent in matching the sound waves with the characters movements, something that André made absolute clear that was a key element and absolutely crucial. This may be the only blender animation made in such audio/video synchronization (I may be wrong of course).
The short was all filmed in 3D but, during all this time, manufacturers stop making 3D televisions, so I guess now it became pointless, anyway the 3D version should be release before Xmas and I’ll add it to here as soon it’s available. 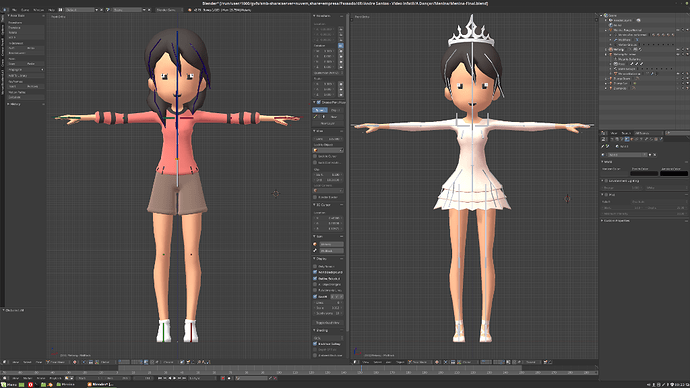 Fun Facts:
- Except for one real picture, that is on one of the frames on the wall, all of this was done using just Blender without using any texture… even that picture was edited using Blender. There wasn’t any other software involved, not even Gimp

Any question I’ll get back to you a.s.a.p

Thank you very much!
-Rogério-

as the lines them selfs are also in 3D space… I had never seen something quite like this.

Hey again,
Now the video as Subtitles in English. It’s hard to accurately translate it, due some Portuguese things don’t exist in English, it but now you can at least have an approximated idea of the lyrics

Excellent work – very innovative… and the tune is quite catchy.

Thanks Safetyman!
This work was the culminate of many other animation works I made to other clients.
I’ve been learning many tricks to simplify the work. On this one we had plenty of time, but sometimes these animations have to be done in one week

André just released the 3D version fro the ones that have the luck to own a 3DTV or any other Stereoscopic equipment:

It was tested in an LG and Samsung 3DTV.