My work submitted to the sauna design contest was selected for the Judge’s Special Award. About competition
A competition was held to propose a sauna where you can relax while enjoying a spectacular view in Shiiba Village, one of Japan’s three most unexplored regions, and also called “the most beautiful village in Japan.”
This year, 239 works were submitted, and 2 Excellence Awards and 4 Judges’ Special Awards were selected.
The two proposals for the Excellence Award are scheduled to be implemented in a sauna next year. My work was awarded the Special Jury Prize, so it didn’t make it into production, but I’m very happy to have received such a wonderful prize! 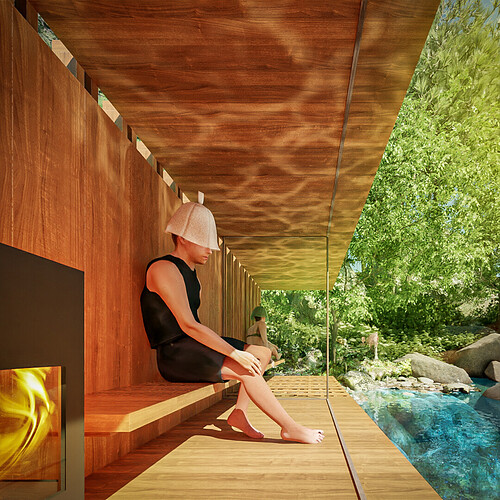 My idea was simple: to build a sauna with a simple structure on top of an unexplored river. Until now, I have often proposed complex multifaceted and curved designs, but I thought that a simple form would be more suitable than a unique form for this site blessed with nature. 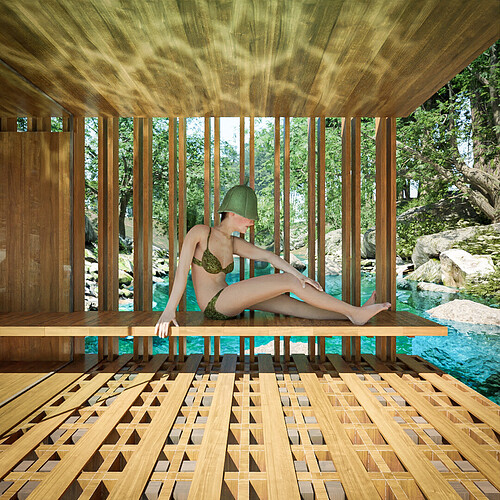 image1080×1080 557 KB
The wind coming down the river weaves through the gaps in the structure. The eaves soften the direct sunlight and reflect the surrounding greenery and water surface. 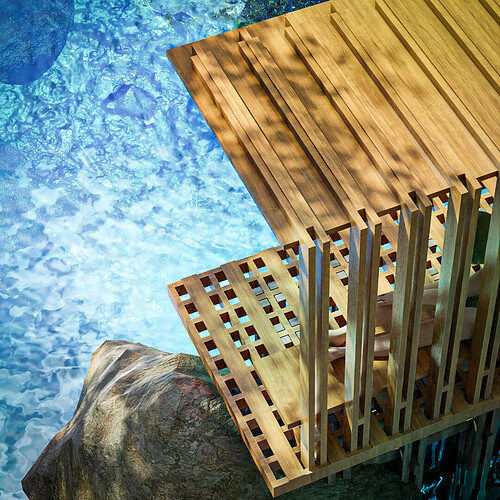 I used Blender for modeling and rendering during design exploration and presentation board creation. And I used Photoshop for post-production.

Visualization
In order to create a 3D model of the assumed site, I explored a mountain stream on another site in advance. And I did a 3D scan with an iPhone equipped with LIDAR. This time I tried “3d scanner App”. I imported it into Blender with obj. Then I removed isolated debris and noise. 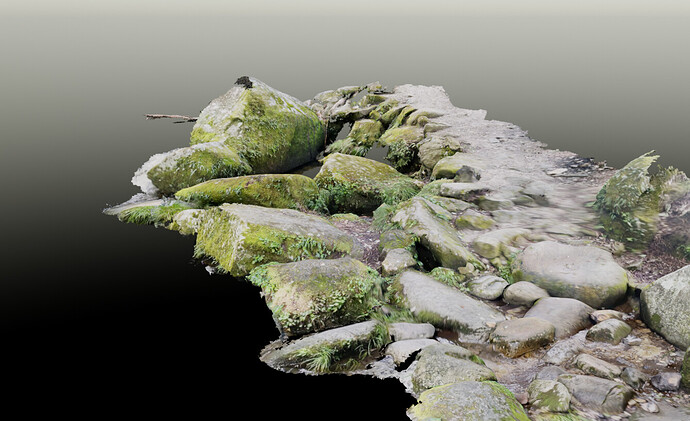 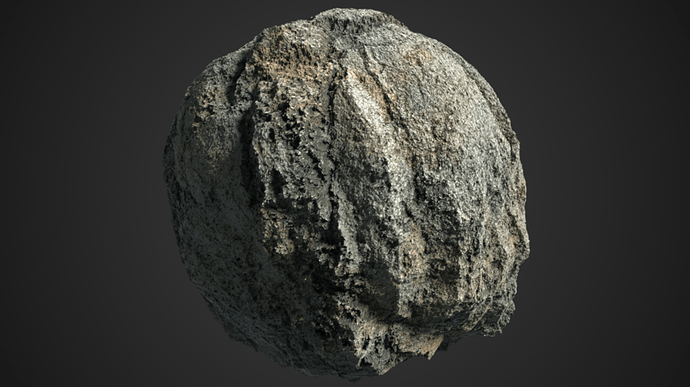 Lichen on rocks can be found in places ranging from high up in the mountains to dense rainforests, basically anywhere where moisture can accommodate. I tried to recreate these types of rocks procedurally in blender, and I'm fairly happy with how it... image1171×856 189 KB
The site was constructed in combination with Botaniq and Vegetation addon. The person illuminated by the setting sun was expressed by importing a 2D photo into Blender. I duplicated the same photo by shifting it back a little, and made the back photo emitted. The representation of caustics in which the water surface reflects off the eaves is not drawn from accurate reflections. I used spotlights for consistency with the sun’s position and angle, and to reduce rendering time. By combining a spotlight shader with a photograph of a shimmering water surface, you can cast caustics wherever you aim the spotlight. 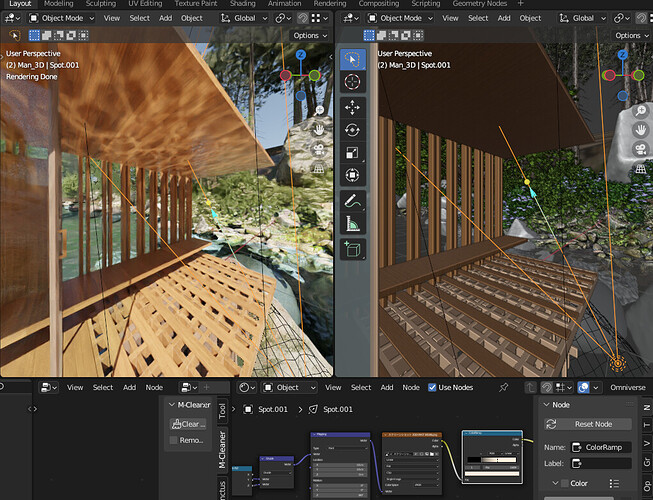 The structure of the sauna was constructed to be procedurally generated from a single simple Plane by Geometry Nodes. 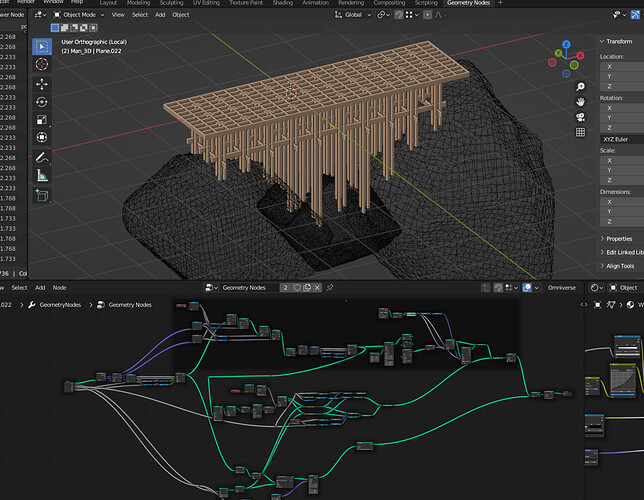 I used the Raycast Node to set the length of the pillar to match the shape of the rock. 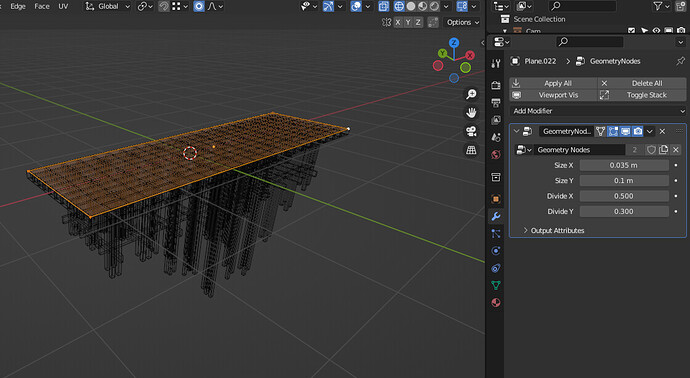 The drawing expressions that can be seen on architectural presentation boards are also exported from Blender. 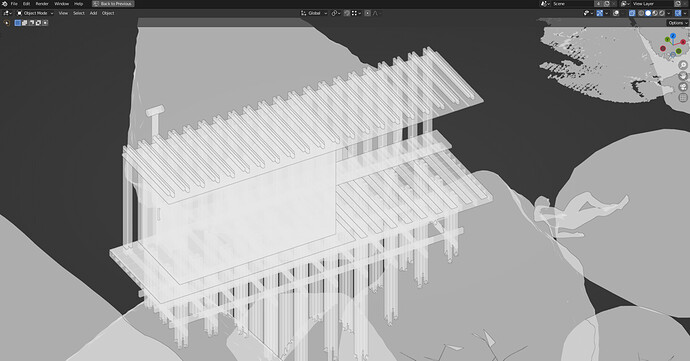 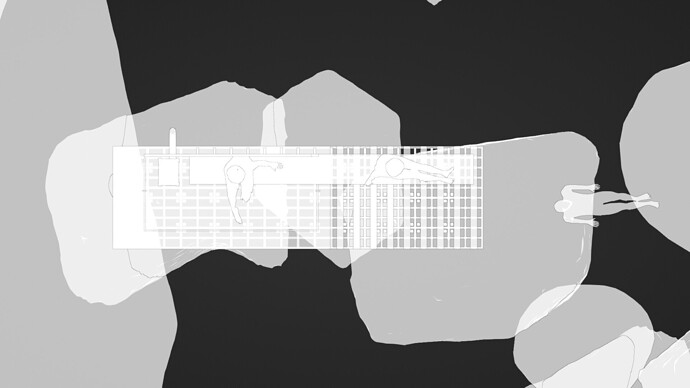 image1920×1080 117 KB
It is not adjusted with CompositeNode or Freestyle, but directly exported from the viewport.
Here is my settings. 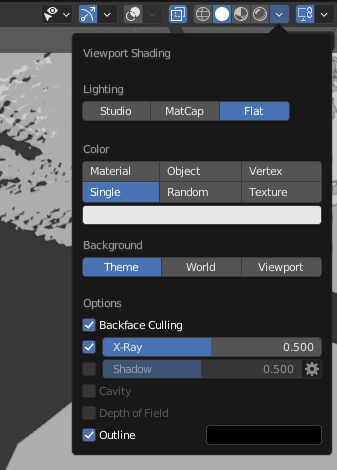 More information of these visualizations

For this competition, we consistently used Blender from design considerations to visual creation. I would like to try using Blender again in the next competition.