Render when idle (render animation when OS is idle) You dream to be able to pause Blender animation render?
Your GPU rendering take away too many PC’s resources?
You would like to use computer and don’t stop render manually?
Your dream comes true! 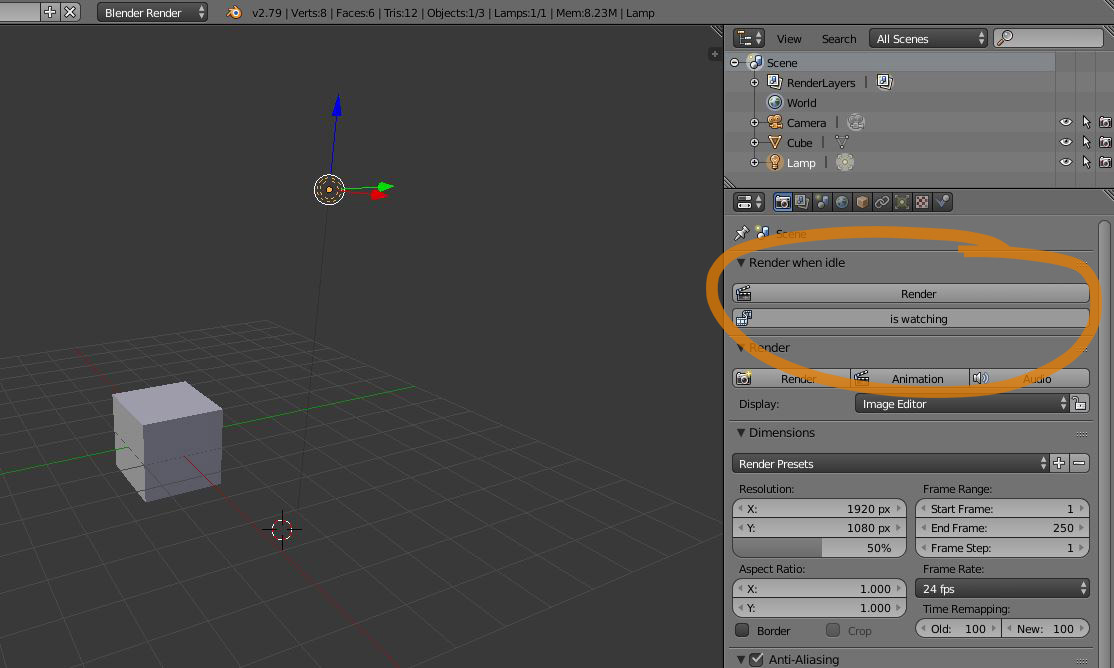 Render when idle addon preferences in the Blender User Preferences: 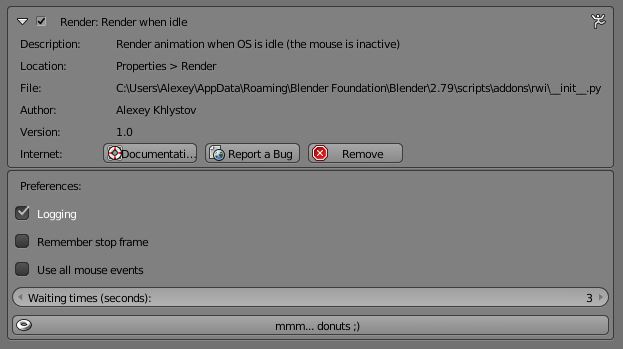 What do you think about this one? :eyebrowlift:

Hi Skitd,
I personally make very seldom use of Cycles, though I’m inclined to think that the idea is interesting, cannot say how convenient it is.

What could be really useful, imo, is a Stop / Resume button.

And a thing that I find really annoying and stupid in blender is that the Esc key halts the rendering whatever is the active area and even if the image window is not visible, so if you intend to keep on working while a rendering is running, you will end with stopping it soon or later because the Esc key is so much used during modeling and other tasks. A way to overcome this (hard coded) limit would be very welcome.

Thanks for your work.
paolo

Hi, nice idea ! it could be great to work on other things with a blender render instance in background which would be auto detecting when you stop to launch render !
Does it work only with blender as active window ? I think this could be a gamechanger if it worked with blender in BGround too !

And just an idea, for complicated render, if it starts automatically after 3s of idle, it could be not enough to be sure you’re not working and just starring at your wall thinking about something… so it should be great to make the user setup the idle time before starting rendering !

And a last thing, if i understood correctly, the render quits when mouse cursor moving, it could be great to have an option to not cancel the frame, but just stop render after rendering current frame !

Just thoughts, anyway thanks a lot for the addon ! really cool one !

Thank you for the comments!
I think very strange that blender don’t have render pause feature, at all

If blender window will cease to be active and will not be minimized, then the RWI can’t watch for the cursor, so the user will have to stop the RWI and click RWI “Render” button again.

Thank you for usefull thing

Good idea. Why not extend it to keyboard also ? (and why not gamepad or something else if people are playing a game or something).

Good idea. Why not extend it to keyboard also ? (and why not gamepad or something else if people are playing a game or something).

Thank you for the concept! In the next versions I will try to add this feature!