I followed a tutorial to render a scene in Blender, but the rendered image looks very blocky, as if the model doesn’t have enough faces. However, when I view the scene in 3D view, solid, the model looks pretty smooth. 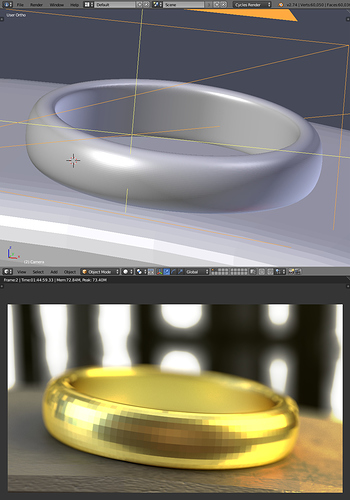 Also, I tried to render using opencl, but blender crashed rather soon. I understand this is still in beta? The scene above is rendered by CPU.

You have not supplied a blend file to review !!!

And make sure you have shading set to smooth…
Sure looks like it is set to flat on all objects right now.

Your render subdivisions don’t match your viewport, and you have everything set to flat shading.

Did you deselect the camera button next to your subdivision surface modifier?