So the rig I made isn’t the best, but I’m still learning. The issue I’m having is anytime I parent the mesh to the bones it starts to deform. It doesn’t matter if I select with “Automatic weights” or “with empty groups” I’m not really sure what I am doing wrong. Please help. Here is the link to the .blend file I uploaded via Google Drive: https://drive.google.com/open?id=0BwsKWY1RNQG-aVJpcW1CcXNfZlU

In pose mode, toggle between rest and pose position and look at it wiggling. You need to, in edit mode, position the four bones I’ve got highlighted at the joints they control.

EDIT: More info… The mesh binds to the rest position of the armature. If constraints are pulling the armature out of it’s rest position the mesh will deform as soon as you parent it. The reason it was deforming even when you chose empty groups, was probably because you hadn’t deleted the groups from an earlier attempt at automatic weights. Empty groups will create new empty groups, but won’t delete vertex weights that already exist. 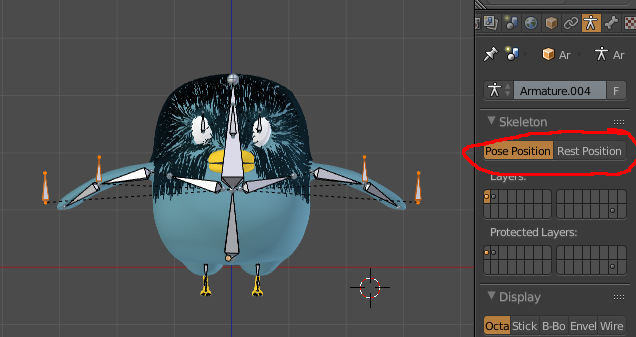