I have been working on this character for a while now. I have arrived at rigging the ears; and I am wondering if there is a way to give the ears some degree of automatic secondary motion and floppy physics while keeping user control of the ears at certain times or at a certain influence.

For example, the idea I have in mind is a walk cycle and a scared emotion. During the walk, his ears would sway and be floppy, but scared, they would be stiff. 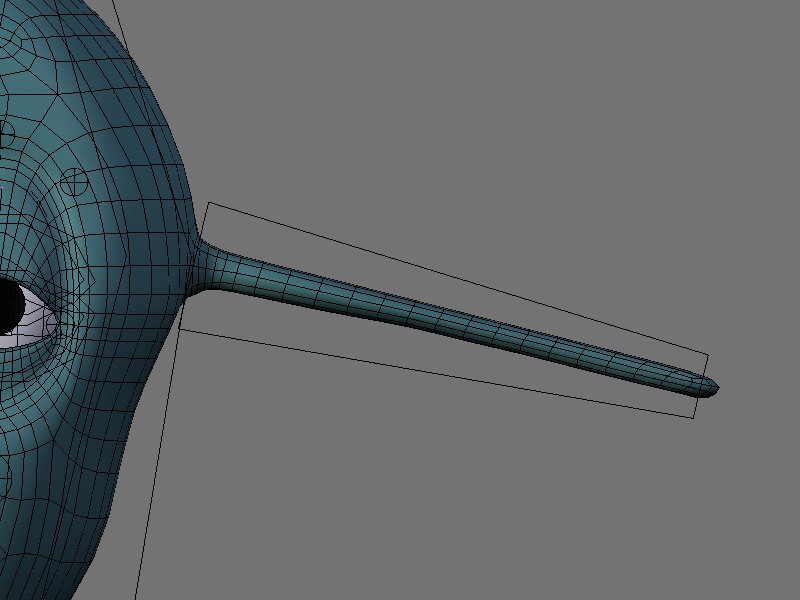 Any help would be appreciated. Thank you.

Enrico has a nice tutorial on adding soft body motion to your rigged character:

While that will be possible in 2.5 (hopefully, I tried to see if it is with my set up in 2.5 build, but couldn’t figure out a way to do it), you have to use a bit of a complicated set up to do this … And also Enrico’s use of softbodies is great for fat jiggling characters, not so good for tails and antennae …

In the example below I have set up a “softbody driver” which is a simple line subdivided once so it has 3 verts to weight for the softbody modifier . They all belong to a vertex group named “Group” which is the goal for the softbody . The weights for the right 2 verts are below 1.0 (just play around with the values until you get the desired effect) .

To that line I have vertex parented an empty to each vertice . These act as the drivers for both the beveled curve and the armature .

In the curve the end empty acts as the hook on the last control point . You could also hook the middle control point and also animate the hooks independently to get control of the mesh, but that will not give you very precise control in the end (which is why I didn’t do it) . Using armatures is a bit more predictable .

Thank you both for the help!

After examining the demo, I tried a little test to see how the soft body mesh would handle a parent since the ears will be attached to the head. Here is the result.

Thank you again for the help.

Like Vertex Pusher I’m at a bit of a loss to figure out how this can be done – any clarifications?

Also, looking over Soft Body in general I noticed that while you can apply SB physics to a particle hair system, there’s apparently no modifier involved, and no way I could find to animate the influence in that case either, something that would be very valuable for more controllable hair simulations.

One of the goals I’ve heard about for 2.5 is “animate everything” – does this include Soft Body (and other physics) parameters for meshes and hair and any other items that physics can be applied to?

Argh. My bad. I was thinking constraints, which allow you to animate the influence over time. Apologies.

Back in my animation master days they had something called a dynamic constraint, which could be added to a bone to do this. I wonder how hard it would be to implement.

Back in my animation master days they had something called a dynamic constraint, which could be added to a bone to do this. I wonder how hard it would be to implement.

Yes, that is a constraint I also miss in Blender. Very handy!