Hi.
I’m rigging a character using Rigify. I’m trying to make weights work nicely, but something weird is going on. I want weights more or less like they are after auto weighting, but I don’t want upper forearm bone to rotate as much. I can only attach 3 files so there’s no file with weights of the lower bone, but you can imagine how they look after automatic weighting. For some reason, when I rotate the IK wrist thing, the top forearm bone doesn’t seem to rotate (which is what I want), but still the mesh deforms using top forearm weights like it was rotating (which I don’t want)… What’s going on? How do I fix it? Basically I want top forearm bone to rotate less (bone thing looks like it doesn’t rotate, but apparently it does) or not rotate at all. Maybe it doesn’t look like a big issue here, but it looks bad when I bend the arm. I use corrective shapekeys, I really want it to look nice. 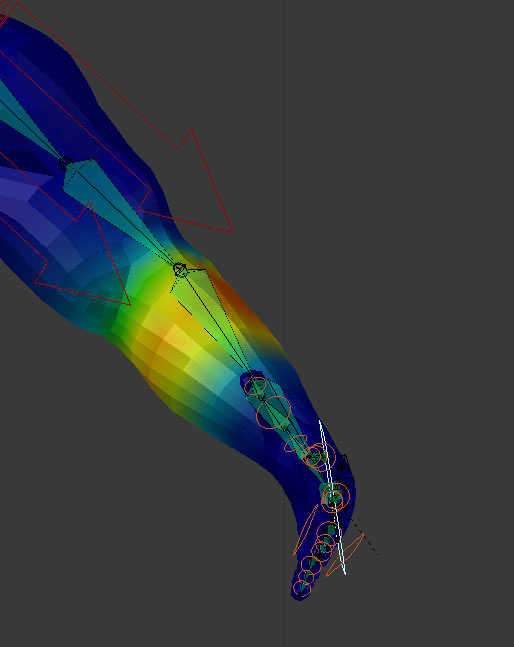 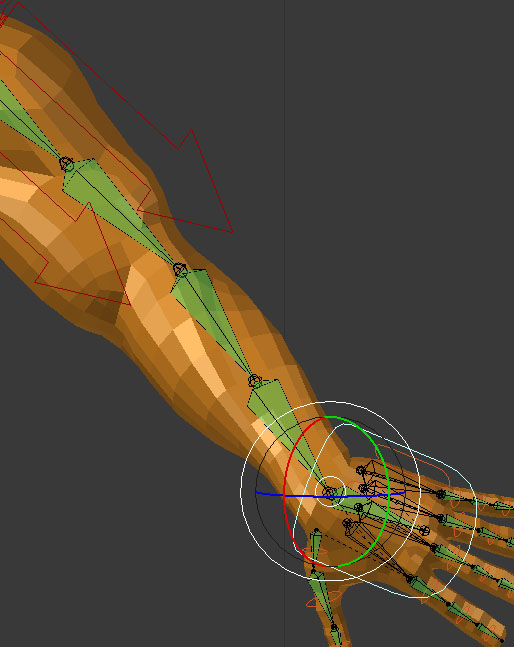 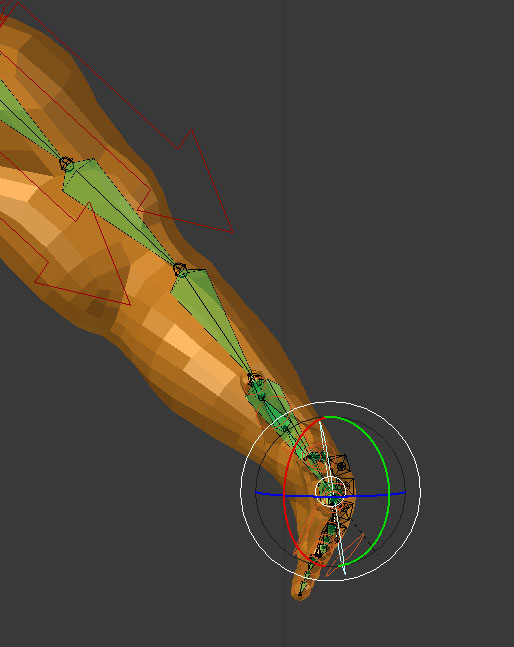 If the bone doesn’t move, that area of the mesh is affected by some other bone(s) that should not affect it. Just check all weights from the forearm down the hierarchy.