I am trying to create a rollercoaster for my animation, and have followed this tutorial, paying very close attention to everything that the tutorial said. The only difference was that the tutorial was for Blender 2.57 and I’m running 2.74. I had success in this practice scene:
[ATTACH=CONFIG]386022[/ATTACH]
I was happy with the result, so I moved into the actual set to create the track seen in the animation. I once again followed every instruction in the tutorial to the letter. Here is how I set up the track segment to begin with:
[ATTACH=CONFIG]386023[/ATTACH]
I then added the curve modifier to make the track follow the curve I set out for it. However, I noticed the track defaulted to the other end of the curve:
[ATTACH=CONFIG]386024[/ATTACH]
I then tried to move the track back to the start position before adding my array modifier, but as I grabbed it and pulled it along the x-axis like the tutorial said to do, it did this: 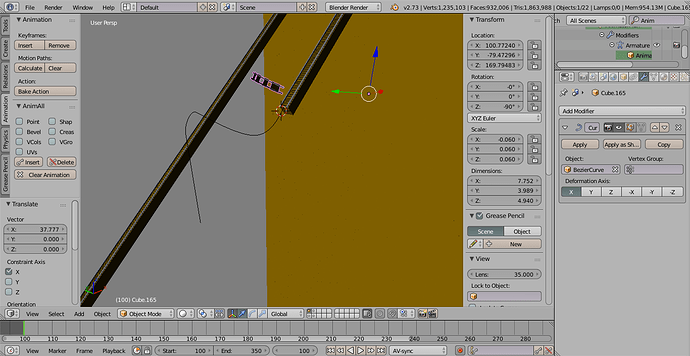 The track segment obviously thinks it’s following the curve, but it’s not. How can I fix this? What did I do wrong? Any help is greatly appreciated.
AVR_ENTERTAINMENT (AVR_ENTERTAINMENT) April 30, 2018, 7:28am #2

Three out of four of my attachments are apparently invalid, so I’ll send them one at a time. Attachment 1: 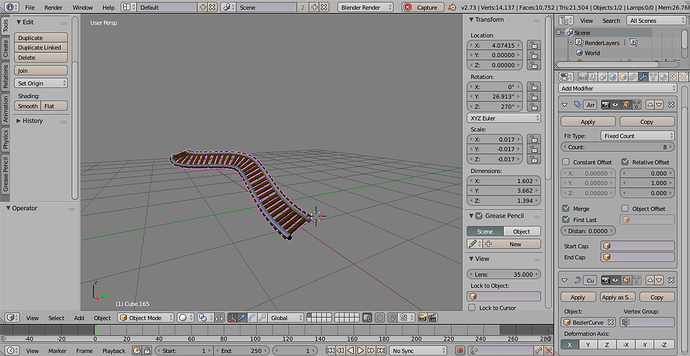 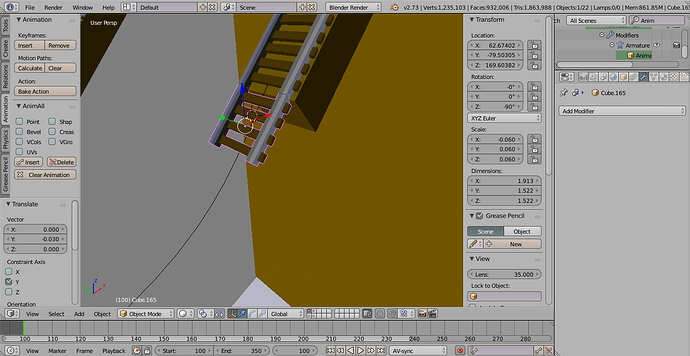 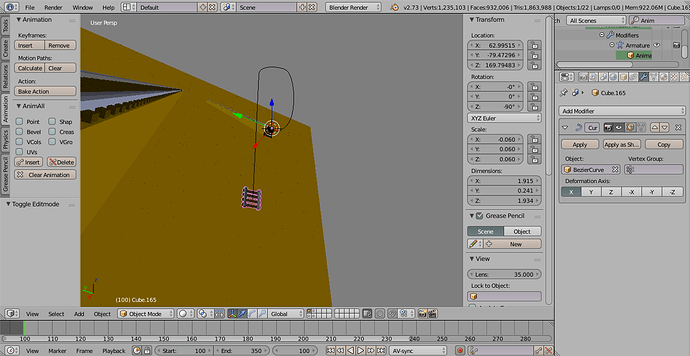 Nevermind, I forgot that the track in the actual scene starts off rotated at 45 degrees. I figured it out.