Round of a half cut cylinder with subsurf

Hi, im trying to model a half cut cylinder with an axial cut section. The Cylinder has a subsurf modifier. As long as the cylinder is cylindrical, it is perfectly round (Type A). If i remove the half of the cylinder using a boolean operation, it stays round (B). But if i remove the verts in edit mode, the shape is no longer round (C ): 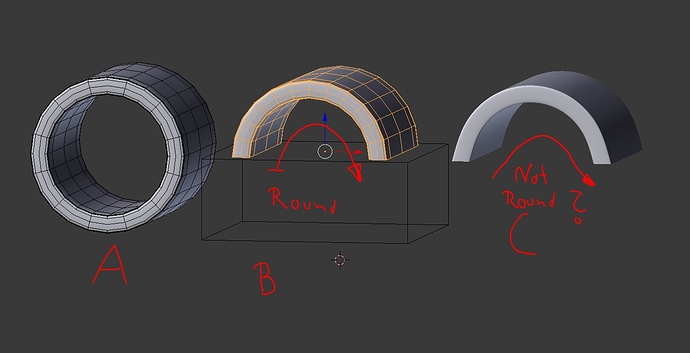 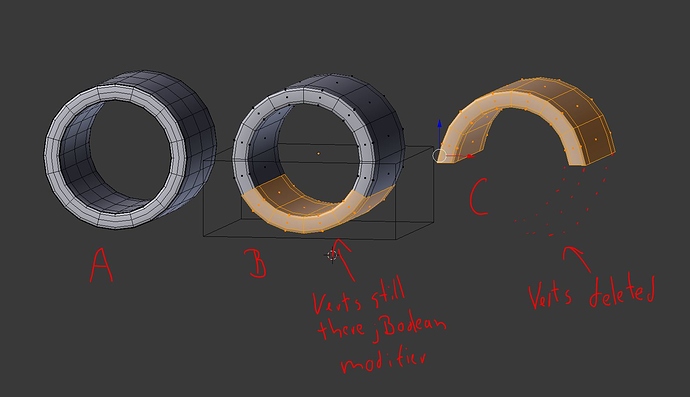 Is there a way to model a shape like C without a boolean modifier? The problem is that the cylinder i part of a larger model, and if i cut it, the topology gets destroyed:

Thank you for help!

Use the cylinder with a bit more number of sides.
48 or 64 should be enough.
I recommend watching the videos from this man:


These videos are for 3Ds max, not for a blender, but you can watch them and borrow interesting modeling techniques.
sorry for my english
birdnamnam (birdnamnam) November 8, 2018, 9:04pm #3

This happens because the verts that you delete, and mainly the adjacent ones, are a basic factor for the curvature of the object at that particular point.
This problem can be easily solved with the Shrinkwrap modifier technique.

Hi, the problem occurs as soon as there are too less verts on the circle circumference. If you have 32 or 24 verts, the results are ok; using only 8 or six verts leads to failure: 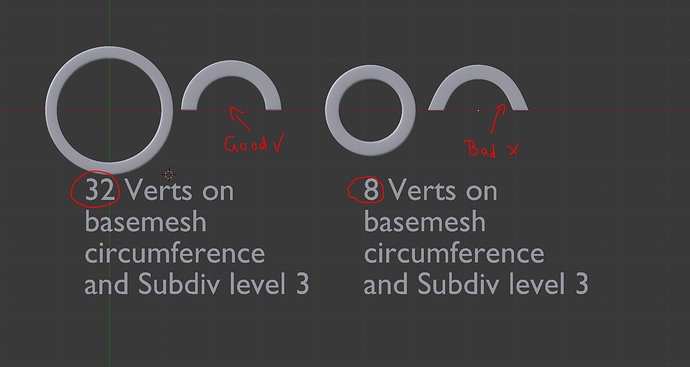 Anyway, thanks for the supprt!

Are you trying to go for this kinda look? 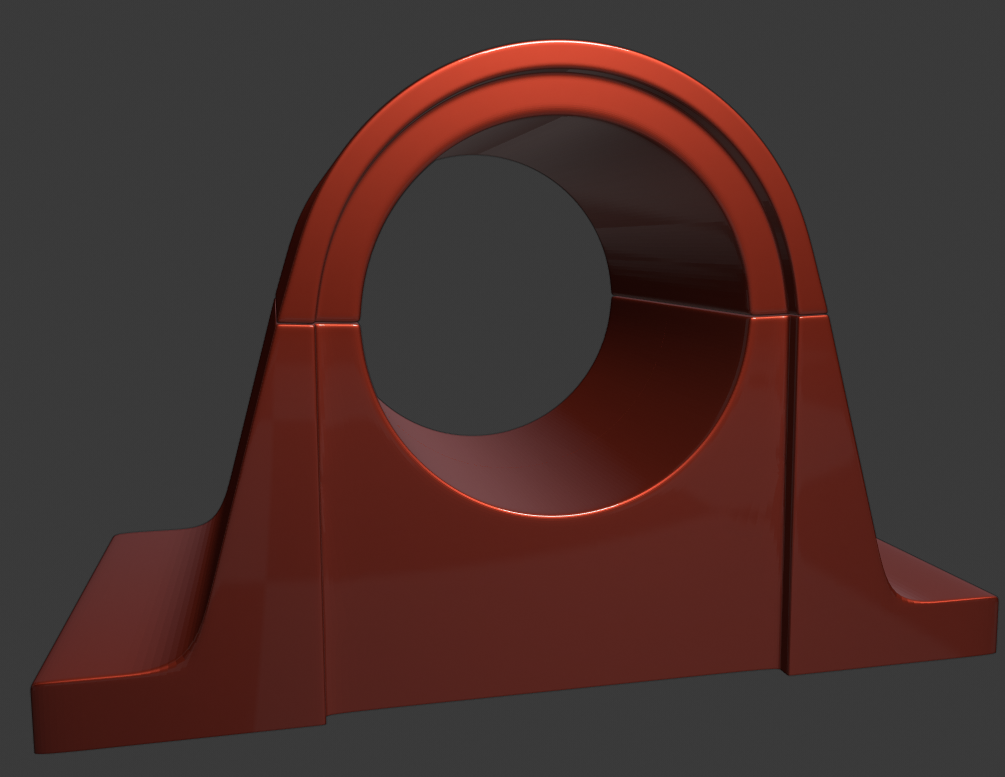