Hi,
here is my early stage on the cannon. I’m open to any tips, especially to details because I´m little bit lost on how and where to put them. 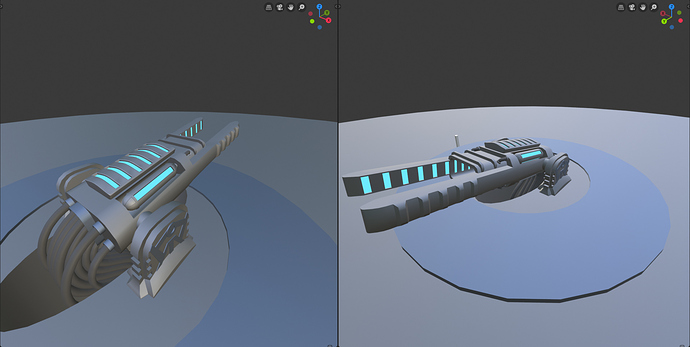 Always separate design from production. In other words, use a different process for figuring out the what, and when that is done, then modeling.
http://www.upcomingvfxmovies.com/wp-content/uploads/2014/03/3d_production_timelines.jpeg

If there are gaps/unknown’s in the design, you could go back and take a screenshot or a quick render and then push variations of it in an external application. Could draw on it, photobash, whatever gets you there. Could also use 3D tools, as long you’re wearing designer shoes.

A backstory could also help with that. Ask questions and answer them, such as

There are some design principles you could search and learn about. A common repeated thing is big-medium-small, or main-secondary-tertiary forms (and shapes in this context). Found a nice visual about that
https://www.creativeshrimp.com/wp-content/uploads/2017/10/06_2_ratio.jpg