Final render will look something like this, only small changes to be done. I am considering putting some more details on the body, as well as tweaking shaders and lighting. What ya say? 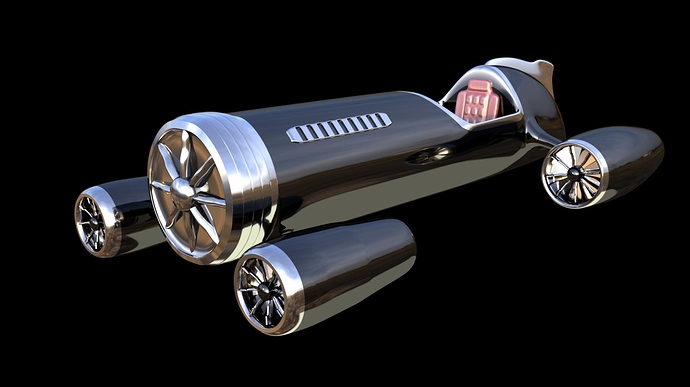 It is looking pretty good. I did come up with a few suggestions that I think would pull the realism farther though and some issues. I like the propeller things. And the shininess of the silver parts looks good.

Speaking of which, many planes have panels that get attached, so that could be a little detail you could add for extra detail if it fits.

I like that the HDR or whatever you have for the reflection matches the plane. If you wanted you could put a picture of a plane or something in the reflection (not sure how) but it would look like you were at an airport. Maybe a duplicate of this. Not sure if it would work or not. more of just an idea.

You could have the tops of a steering wheel show.
You could add any kind of details to the plane. little screws somewhere, decals, or small signs of wear where it’s less shiny then others. it looks very new right now.
The background maybe looks too dark for how bright the reflections on the plane are.

looks like a cigar tube. I don’t understand the turbine grill. It looks like it can only go straight. a small windscreen and some contour might go a long way. 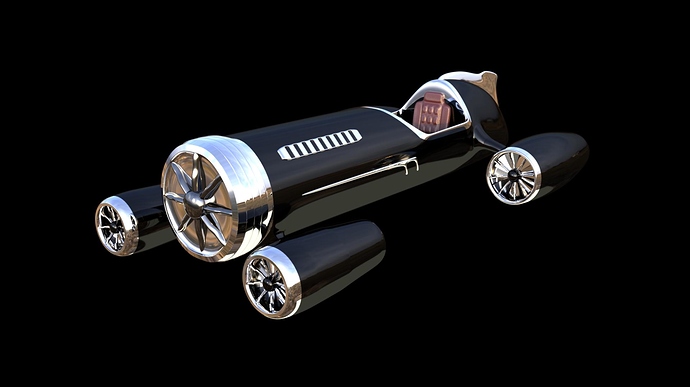 Kanonsykkel ferdig 4.jpg1919×1079 78.8 KB
1. It is a leather material. When you say curved, do you mean so that it follows the body of a person better?
2: I agree, unfortunatly i saved shortly after aplying the subsurf modifier so it wil be dificult to do something about. But i will consider it on coming projects.
3. I have made a new render with added details for that part, i will upload once i am finished writing.
4. Agree on that too, but this was the best i could do at this point. I had planned to extrude it out from the rest of the mesh, but because the way the geomtry was i couldnt figure out a way to do it.
5. I have set a black colour to have some diference.
6. That part was for styling. I had planned to downsize it and reshape, but again the subsurf was aplied.
7. That is not a propeller, its something i made to make the front look better. But maybe it wouldnt be a bad idea to fill those spaces with the same colour as the body of the model.

Turbine grill? Not sure what you mean, if its the thing in the front thats not a turbine. 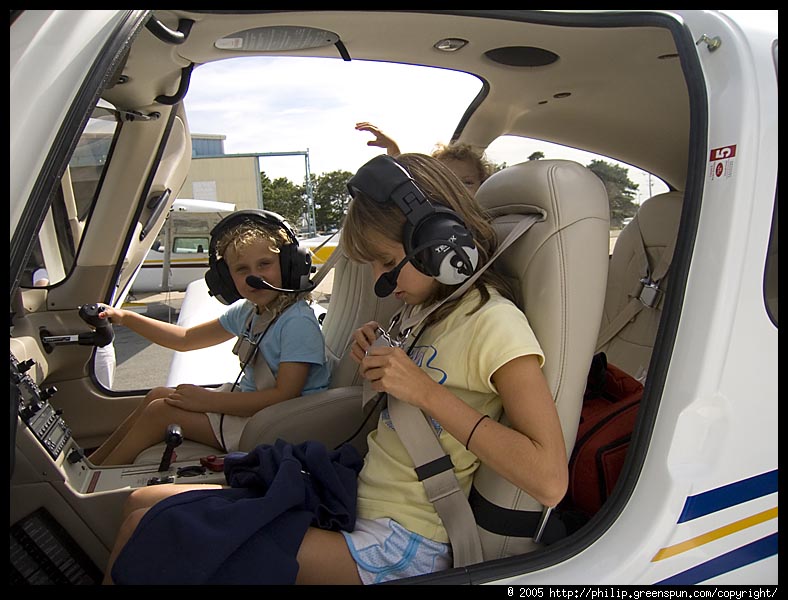 So the seat probably isn’t that curved. but looks like it should look softer and not be very shiny.