so this might be a little dificult to explain here but here goes.
i’ve been trying to figure out a way to cycle through the visibility of a bunch of different objects with by rotating a single bone, i found i was able to do that part with if statements in the scripted expression box but i found if i try to rotate the bone beyond 360 degrees i run into problems. after some tweaking i found i needed to get the sin of the bone’s rotation to get the results i need but the only way i know to do that doesn’t seem to play nice with blender.

i’ve worked out what i think is the exact python expression i would need but when i enter it, blender is claiming that it’s an invalid expression,any suggestions?

here is the python code itself

and heres a picture too 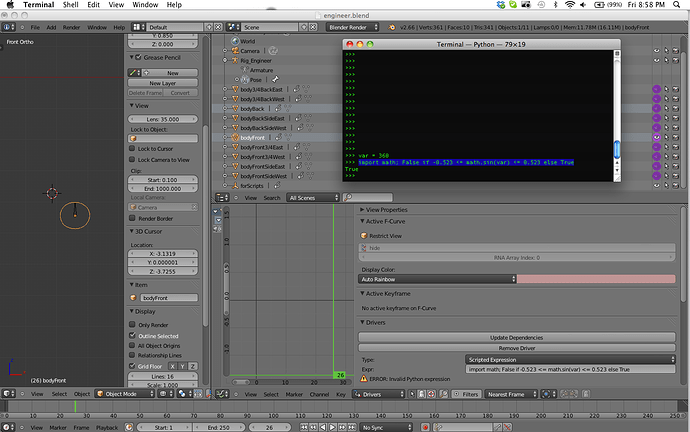 never mind i i figured it out

theres no need for the import part as its apparently automatically just in there so sin(var) works where i thought it had to be math.sin(var)